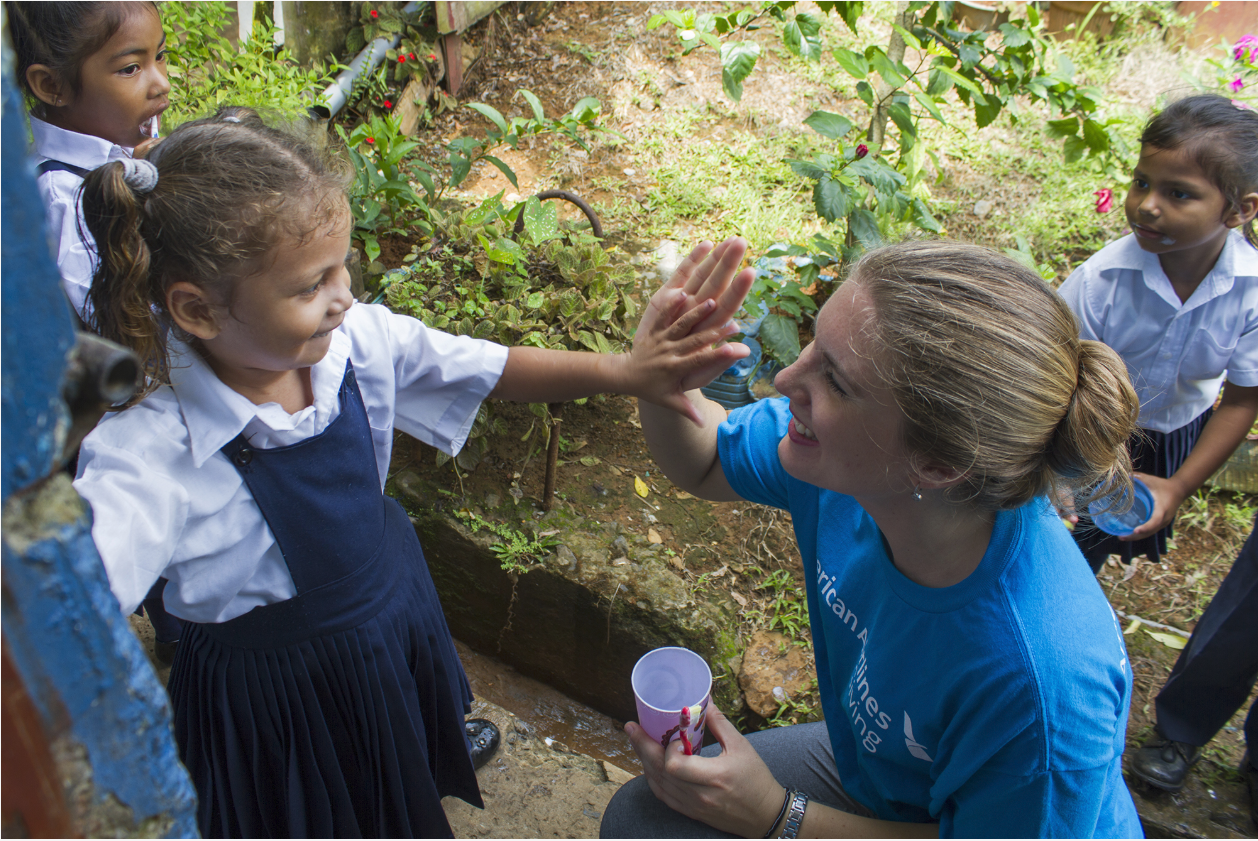 Since 2006, American Airlines Champion for Children employees have raised over $17 million through the UNICEF Change for Good program — collecting donations on flights and in Admiral Club lounges in support of children globally.

Where do American Airlines donations go?

American Airlines donations support a variety of projects with the goal of maximizing impact for the world's children:

The impact of AA Champions' support over the years

After Hurricane Dorian struck Abaco and Grand Bahama islands on Sept. 1, AA Champions raised $150,488.47 to support UNICEF's response with local partners, delivering assistance to those affected by the Category 5 storm.

The Fuego volcano erupted in Guatemala on June 3, affecting over 650,000 children and adolescents. Champions designated their July collections of $159,601.36 to support UNICEF's child protection, psychosocial support, nutrition, education and water, sanitation and hygiene programs in the country.

Following the Nepal earthquake, Champions raised $113,188 to help UNICEF assist the 1.1 million children who were affected. The support helped cover the delivery of 29 metric tons of humanitarian supplies, and later, the construction of earthquake-resistant health facilities and the development of school safety plans.

Super Typhoon Haiyan — one of the most forceful and destructive typhoons ever recorded — struck the Philippines on Nov. 8. The disaster affected more than 14 million people, including nearly 6 million children. For the next two months, Champions pulled together $176, 554.57 in support of UNICEF’s long-term recovery and rehabilitation efforts.

Champions focused their fundraising support to address the worsening nutrition crisis in the Sahel region — donating $66,466.09 from their April collections to help UNICEF deliver lifesaving treatment to affected children in the form of Ready-to-Use Therapeutic Food (RUTF) and other nutrition services.

March and April collections – over $230,000 – were dedicated to assist children and families in Japan who were impacted by the March 11 earthquake and tsunami. $286,403 raised in August and September helped fund regional UNICEF nutrition programs in response to famine in the Horn of Africa.

Champions raised $346,751 for UNICEF's recovery efforts in Haiti following the earthquake that struck on Jan. 12, killing more than 220,000 people and displacing an estimated 1.6 million.

Share your UNICEF story with the Champion for Children team