The world is rapidly becoming a 'virtual tinderbox' of preventable child deaths and child suffering as cases of severe wasting rise amid a spiraling global food crisis, UNICEF warns. Here's what to know, and how to help.

Global conditions are ripe for a surge in the number of children with severe wasting, a life-threatening form of malnutrition, as access to lifesaving treatment for the condition comes increasingly under threat, UNICEF warned in a global Child Alert released on May 17.

Soaring food prices, driven by the war in Ukraine and pandemic-fueled budget cuts, are set to drive up both the need for and the cost of therapeutic food.

“Even before the war in Ukraine placed a strain on food security worldwide, conflict, climate shocks and COVID-19 were already wreaking havoc on families’ ability to feed their children," UNICEF Executive Director Catherine Russell said. "The world is rapidly becoming a virtual tinderbox of preventable child deaths and child suffering from wasting."

The world is rapidly becoming a virtual tinderbox of preventable child deaths and child suffering from wasting.

There are a number of global shocks to food security fueling the emergency: war in Ukraine, which has disrupted global food markets; economic strain related to pandemic recovery; and persistent drought conditions in some countries due to climate change.

The number of people facing crisis levels of hunger worldwide has more than doubled from 135 million in December 2019 to 275 million today – with 44 million at risk of famine. Children under age 5 are most likely to suffer from severe malnutrition and can die without treatment. 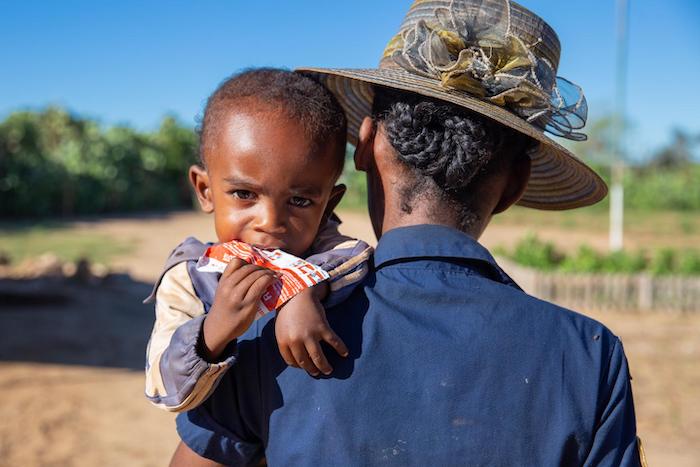 Two-year-old Razafimandimby of Bevoalavo village, Madagascar, is on a regimen of Ready-to-Use Therapeutic Food (RUTF), a nutrient-rich peanut paste and effective treatment for severe wasting in children. © UNICEF/UN0602381/Ralaivita

UNICEF estimates that there are at least 10 million severely wasted children who do not have access to Ready-to-Use Therapeutic Food (RUTF), a nutrient-rich peanut paste and most effective treatment. UNICEF purchases and distributes roughly 80 percent of the world's supply of RUTF.

The price of RUTF is projected to increase by up to 16 percent over the next six months due to a sharp rise in the cost of raw ingredients, according to UNICEF. This could leave up to 600,000 additional children without access to lifesaving treatment at current spending levels. Shipping and delivery costs are also expected to remain high.

“For millions of children every year, these sachets of therapeutic paste are the difference between life and death," Russell said. "A 16 percent increase may sound manageable in the context of global food markets, but at the end of that supply chain is a desperately malnourished child, for whom the stakes are not manageable at all."

Severe wasting – where children are too thin for their height, resulting in weakened immune systems – is the most immediate, visible and life-threatening form of malnutrition. Worldwide, at least 13.6 million children under 5 suffer from severe wasting, resulting in 1 in 5 deaths among this age group. 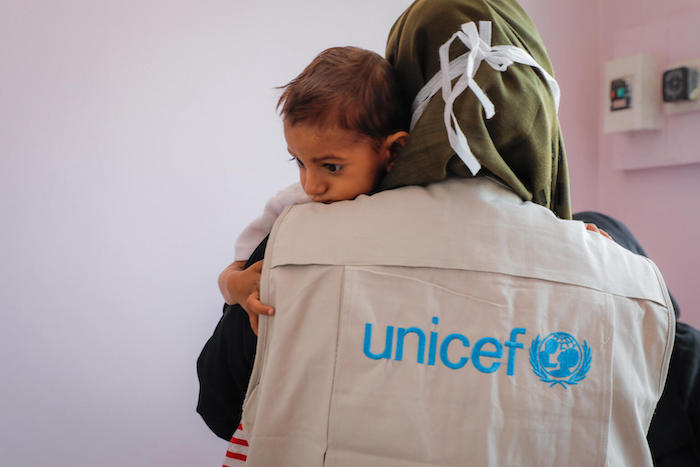 Dr. Suha Abdelilah Al-Zarqa, a UNICEF Health and Nutrition Officer, visited Aseel during his stay at Al-Sabeen hospital in Sana'a, Yemen in June 2021. Aseel was 2 years old when he was treated for severe acute malnutrition at the UNICEF-supported facility. © UNICEF/UN0523339/Fuad

In Afghanistan, a record 1.1 million children are projected to need lifesaving treatment for severe wasting this year, nearly double the number in 2018.

In West and Central Africa, UNICEF estimates that as many as 1.4 million children will suffer from severe wasting in Burkina Faso, Chad, Mali, Mauritania, Niger and Senegal this year — 12 percent more children than last year.

Even countries in relative stability, such as Uganda, have seen a 40 percent or more increase in child wasting since 2016 due to rising poverty and household food insecurity, which impacts the quality and frequency of diets for children and pregnant women. Climate-related shocks, including severe cyclical drought, and inadequate access to clean water and sanitation services are also contributing to the rising numbers.

The situation is particularly acute in the Horn of Africa — Kenya, Somalia, Ethiopia, Eritrea and Djibouti — home to at least 1.7 million severely wasted children. The region has been suffering its worst drought in 40 years. If the rains fail again, UNICEF warns that cases could exceed 2 million.

In South Sudan — where the number of children suffering from acute malnutrition is at its highest since 2013 — many of the most severe cases are treated at the UNICEF-supported Al Sabbah Stabilization Center, one of almost 100 in-patient stabilization centers in the country. In 2021, UNICEF and partners treated more than 240,000 children with severe acute malnutrition with an over 95 percent recovery rate. 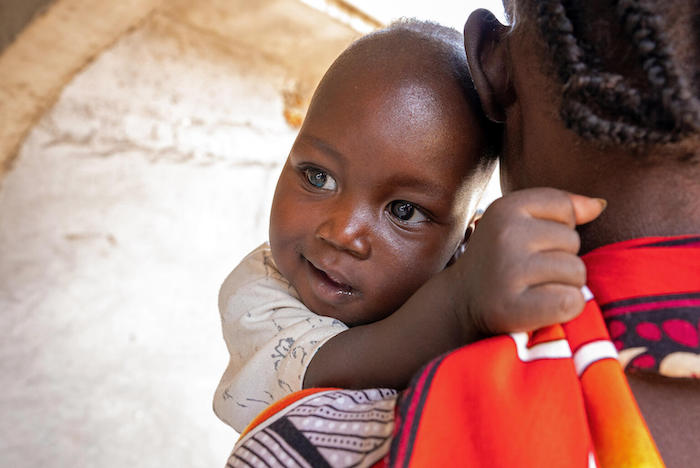 Six-month-old Anei arrived at UNICEF-supported Al Sabbah Stabilization Center in Juba, South Sudan, with severe acute malnutrition, pneumonia and diarrhea. After a week at the center, during which he received medicines and therapeutic milk, he was able to return home. He was photographed in the arms of his mother, Nyaweer, on Feb. 4, 2022, shortly after his discharge. © UNICEF/UN0594062/Naftalin

In Severe Wasting, UNICEF warns that aid for wasting remains woefully low and is predicted to decline sharply in the coming years — with little hope of recovering to pre-pandemic levels before 2028. Global aid spent on wasting amounts to just 2.8 percent of development assistance in health, and just 0.2 percent of total development spending, according to the report.

UNICEF calls for support from governments, donors and civil society

To reach every child in need with lifesaving treatment for severe wasting, UNICEF is calling on governments to increase aid spending in 23 high burden countries; to include treatment for child wasting in long-term funding plans, not just for humanitarian crisis settings; and to make specific allocations for therapeutic food interventions to address immediate needs.

UNICEF is also asking donors and civil society organizations to prioritize funding for wasting to ensure a diverse, growing and healthy ecosystem of donor support.

UNICEF works with partners in more than 130 countries to support the nutrition needs of vulnerable children and pregnant women. Programs include counseling mothers about breastfeeding and complementary feeding practices during the first two years of life, and screening and treating children for malnutrition before it is too late.

"We can't end global hunger overnight, but we can stop the most desperate children from dying from severe wasting right now," Russell said. "Together we can reach every child no matter who they are or where they live with the essential nutrition they need to survive and thrive."

Help UNICEF reach every child in need of treatment and scale up solutions that save lives. Donate today.

Top photo: 3-year-old Aseel of Al Hudaydah, Yemen, held by a cousin, has been malnourished since he was two months old. He underwent treatment for severe acute malnutrition at a UNICEF-supported therapeutic feeding center at Al-Sabeen Hospital in Sana’a in June 2021, and is slowly recovering. © UNICEF/UN0610068/Haleem