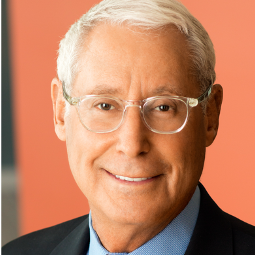 Henry Schleiff was most recently the President and CEO of Crown Media Holdings, Inc., owner of Hallmark Channel and Hallmark Movie Channel. Previously Schleiff was Chairman and CEO of Court TV Network, having joined the network in October 1998. From 1996-1998, Schleiff was the Executive VP for Studios USA, from 1987-1996, he was an executive with Viacom International Inc. Prior to this, Schleiff was a Senior VP for HBO and head of HBO Enterprises. Schleiff is Vice Chairman of the Board for the International Radio & Television Society Foundation, Inc. (IRTS), on the Board of The International Council; The Creative Coalition; Help USA; Theatreworks USA; The American Museum of the Moving Image; The Cable Center; the Board of Governors of the Museum of Television and Radio Media Center; the Dean’s Council of the Tisch School of the Arts; the Martin Luther King, Jr. National Memorial Foundation; and the We Are Family Foundation.