How to Save 1.5 Million Lives a Year? Vaccinate the World's Children!

Vaccines are startlingly effective in reducing child deaths. Learn how UNICEF is working to close dangerous immunity gaps everywhere and meet some of the children who benefit from immunization.

In their annual open letter, Bill and Melinda Gates argue that immunization — and supporting the efforts of UNICEF, the world's largest procurer of vaccines — offers one of the greatest returns on investment.

It's what UNICEF and partners have been striving toward for decades: a world where all children, everywhere are fully protected against measles and polio and every other preventable disease.

Today's goal: to save the 1.5 million children who still die every year because they weren't sufficiently vaccinated.

Saving these kids means bringing immunization to areas where basic health services have broken down. It means reaching the children who are hardest to reach — children caught in conflict, children whose families are unaware, misinformed or culturally averse. With each vaccination campaign, it means enlisting community leaders to help promote the most cost-effective weapon we have against child mortality.

It's clear that as a strategy for reducing child deaths, vaccines work brilliantly. Since 1980, immunization rates have quadrupled worldwide. And certainly, immunization has played a key role as child deaths have been cut in half since 1990 alone, saving an astounding 122 million lives. Vaccines also help safeguard a child's long-term well-being. Many illnesses, while not always fatal, are debilitating, sometimes permanently. Keeping children healthy gives them their best shot at a bright and happy future.

And so the hard work continues. Here's a look at how UNICEF is working to boost vaccination coverage around the world, and some of the children who have benefitted. 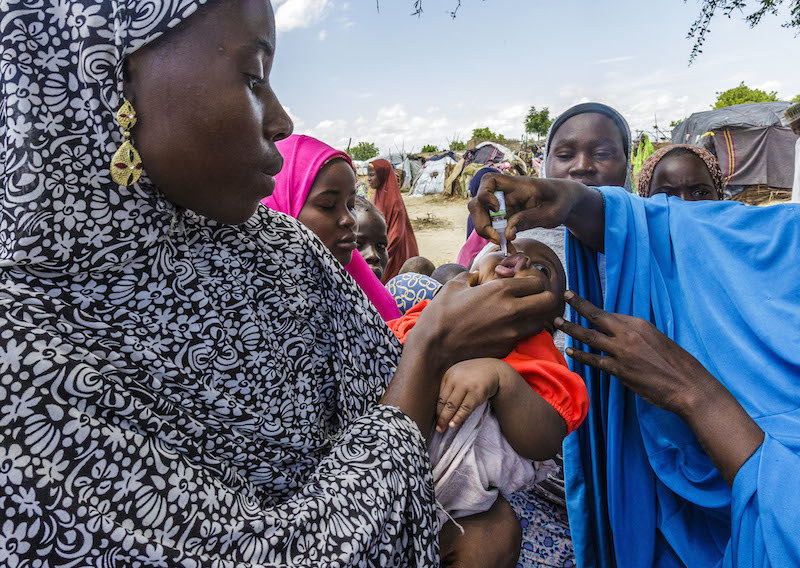 Ajeda Mallam, 6 months old, received her first polio drops last summer at a UNICEF-supported camp for displaced families outside Maiduguri, Nigeria. The country is on the brink of eliminating polio within its borders, the last country in Africa to do so. Babies like Ajeda, who were born in areas affected by the Boko Haram insurgency, are among the most difficult to reach.  © UNICEF/UN028222/Esiebo 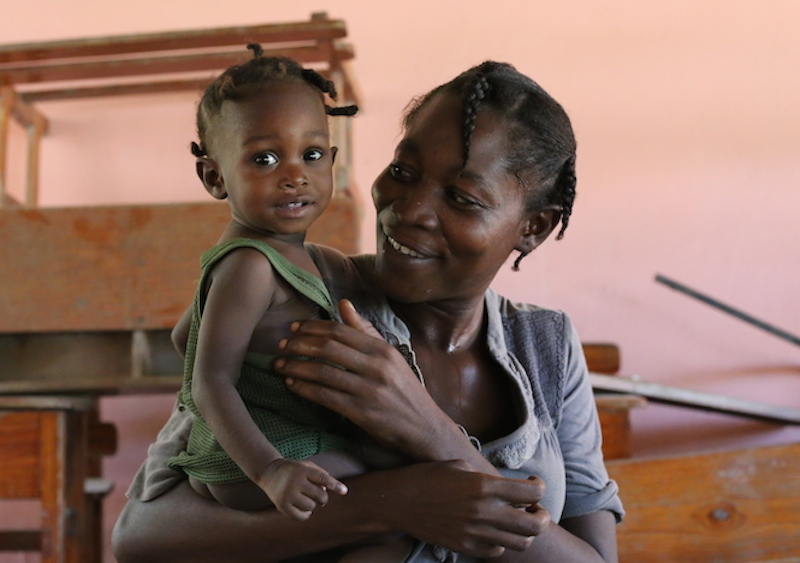 After Hurricane Matthew ravaged Haiti last October, UNICEF acted quickly to replenish vaccine supplies and restore routine health-care services necessary to keep children like 1-year-old Siyou safe. The infant and his mother, Augustin Berline, were relocated to an emergency shelter in Arcahaie after their home was destroyed. © UNICEF/UN034984/Gonzalez Children staying at the Debaga camp in Erbil are able to catch up on their routine immunizations with UNICEF's help. Many Iraqi families have spent years living in areas controlled by armed groups, where basic health services have all but disappeared. Many infants and small children arriving at the camp are being vaccinated for the very first time. By staying healthy, they can turn their attention to other things — like playing with their friends and attending class at the camp's UNICEF-supported school. © UNICEF/UN047432/Mackenzie 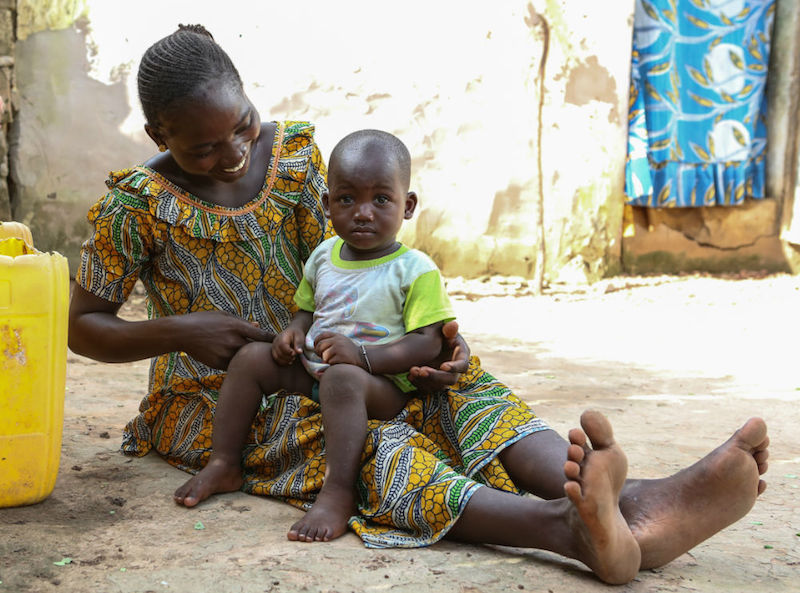 Through The Eliminate Project, UNICEF and partner Kiwanis have helped reduce cases of maternal and neonatal tetanus (MNT) by 40 percent globally. Ami of Senegal, pictured above with healthy son Cheikh, lost her first baby to tetanus, but is now protected against the disease thanks to a vaccination campaign targeting every woman of child-bearing age in the country. Senegal officially eliminated MNT in 2012. © UNICEF/UKLA2013-03745/Matas 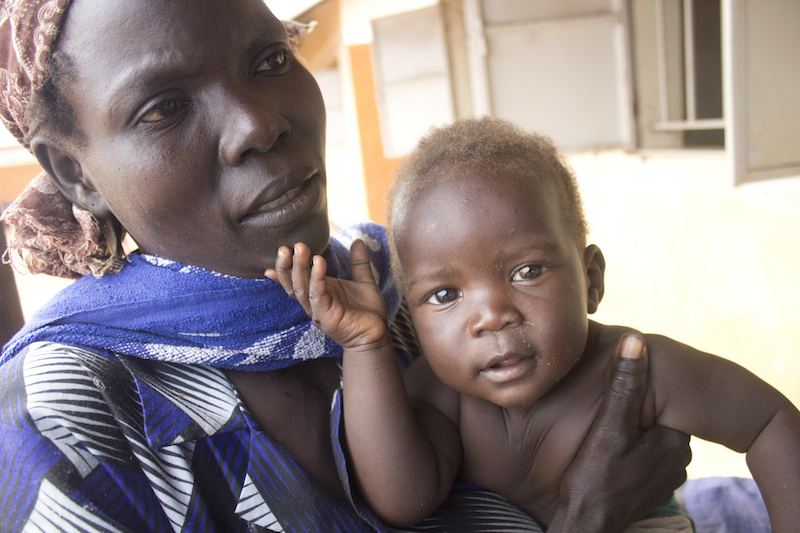 Lucy Amure of South Sudan had an opportunity to immunize her baby upon arriving at a refugee reception center in Elegu, Uganda, where UNICEF and partners are providing vaccines and other emergency supplies to assist those fleeing the escalating violence. © UNICEF/UN030208/Bongyereirwe/2016 A baby receives the oral polio vaccine at a health center in India, where the government is waging an aggressive national campaign to immunize children with UNICEF's support. The strategy has paid off — India finally eradicated polio in 2014, and wiped out maternal neonatal tetanus in 2015. Still, nearly 9 million of the 27 million babies born in India every year are not fully vaccinated during their critical first year of life, leaving them vulnerable. © UNICEF/UN016369/Singh/2016 Five years of war in Syria wrecked the country's health system, causing vaccination rates to plummet from a high of 90 percent to a dangerous 57 percent, and prompting UNICEF and partners to mobilize an emergency response targeting children in besieged cities and towns. Brothers Ahmed and Louai, their baby sister Yasmine, and cousin Fatima (holding the baby) of Aleppo all received vaccinations as part of the campaign. © UNICEF/UN018097/Al-Issa/2016.