A Huge Milestone for Moms and Babies

After a sharp drop in cases of maternal and neonatal tetanus, we look at our success stories — and challenges — in battling the "silent killer."

The Lancet has published a study which has revealed a sharp drop in the number of babies dying due to maternal and neonatal tetanus (MNT), a success due in large part to the efforts of UNICEF, Kiwanis International, LDS Charities, BD and our many generous partners.

MNT occurs when tetanus bacteria enters the body through an open wound or puncture. The bacteria spores are almost everywhere — they live in soil and animal dung — and tetanus can affect anybody. Inside the human body, the bacteria produce a toxin that attacks the central nervous system. More than 80 percent of all tetanus cases worldwide occur in mothers and their newborns.

More than 80 percent of all tetanus cases worldwide occur in mothers and their newborns.

A newborn can be infected with tetanus due to unhygienic birthing practices. If the tetanus spores enter a wound — such as the cut end of an umbilical cord — the infection can spread, and the child usually dies a slow and incredibly painful death. Tetanus is sometimes called the “silent killer,” because so many of these women and newborns die at home, where both the births and the deaths go unreported. 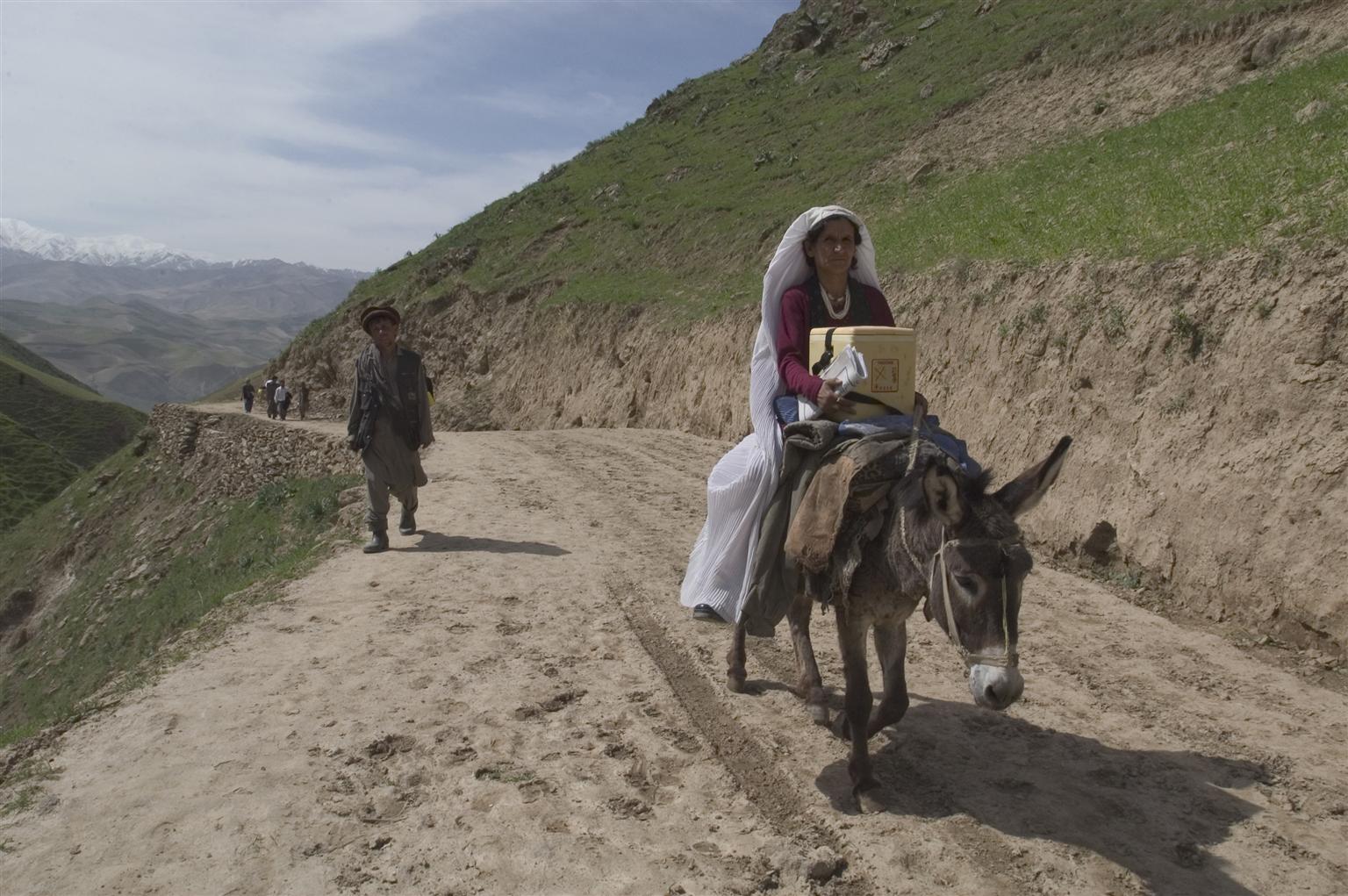 Najeeba Ahmadjan travels great distances by donkey to reach vaccination sites in Afghanistan, one of the 18 countries in which UNICEF and partners are working hard to eliminate MNT.

In 2010, UNICEF partnered with the global service organization Kiwanis International to launch The Eliminate Project. The project is aimed at raising $110 million to help vaccinate at-risk women of reproductive age, protecting them and their future newborns against the debilitating and fatal disease of MNT. The Eliminate Project continues to help 18 countries still battling the disease — nearly all also withstanding the pressures of poverty and conflict.

The progress since the launch of the Eliminate Project has been stunning. Between 2010 and 2015, the number of babies dying annually from MNT has dropped by more than 40 percent, from 58,000 to 34,000. For the first time ever, it is estimated that less than 100 newborns die each day from tetanus.

Between 2010 and 2015, the number of babies dying annually from MNT has dropped by more than 40 percent.

But the fact that 34,000 babies still die each year from a preventable disease like tetanus remains intolerable. UNICEF and partners around the globe continue our shared commitment to reach the most underserved communities and protect every woman, every baby and every family against tetanus.

Below are some examples of victories in the fight against MNT since 2010, which serve to inspire our ongoing work to rid the world of  the "silent killer." 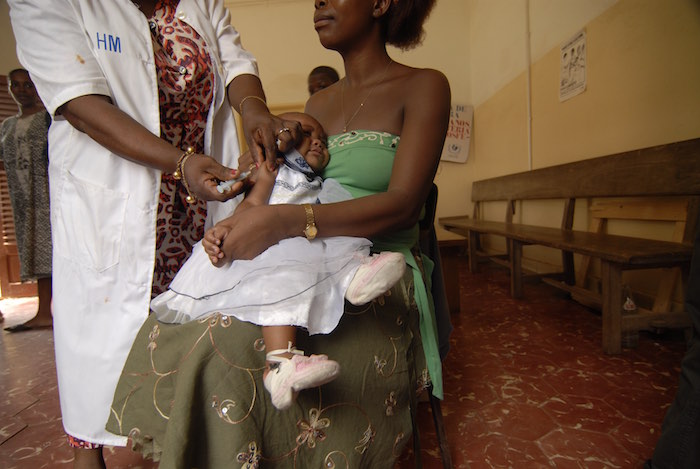 A mother and her child are immunized against tetanus at a UNICEF-supported clinic in Equatorial Guinea. In 2016, the West African country became the 41st to eliminate the deadly disease. © UNICEF/Equatorial Guinea/Asae 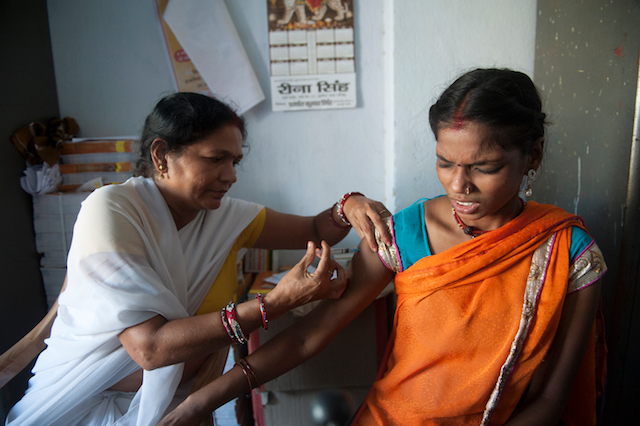 At a health post in eastern India, Lakshmi, 19 years old and pregnant, receives a tetanus vaccination. In 1988, tetanus, which can harm both mother and child, killed as many as 160,000 young Indian children. But thanks to a national campaign offering women immunizations and education about safe delivery and healthcare practices, those numbers have dropped steadily. Now the country has eliminated MNT — or has an annual rate of less than one case per 1,000 live births in every district of the country. © UNICEF/UN038736/Romana 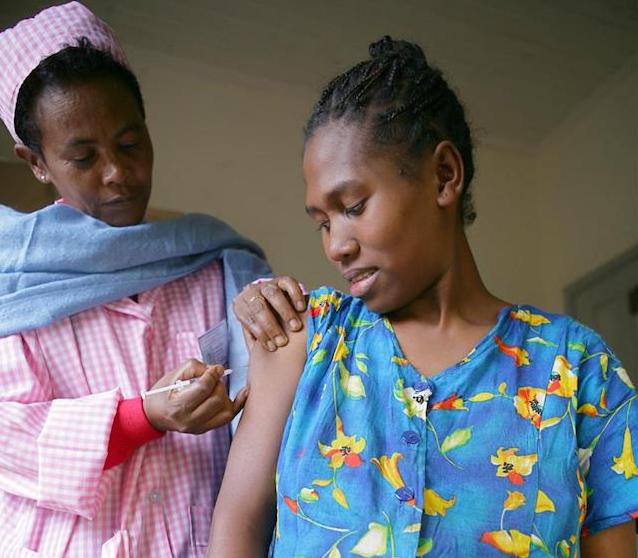 A health worker vaccinates Fenitra, who is pregnant, against tetanus in a health center in the village of Ambohijafy in Madagascar.  Even without a car, and in some cases roads, health workers found ways to deliver tetanus vaccines to the women who needed them most — often walking for miles under the hot sun, pushing ever onward through Madagascar’s beautiful but unforgiving terrain. Health facilities in remote areas were pre-stocked with enough supplies to last through the rainy season, communities were educated on clean birthing and proper cord care practices, and immunization coverage was carefully monitored. © UNICEF/UNI72748/Pirozzi 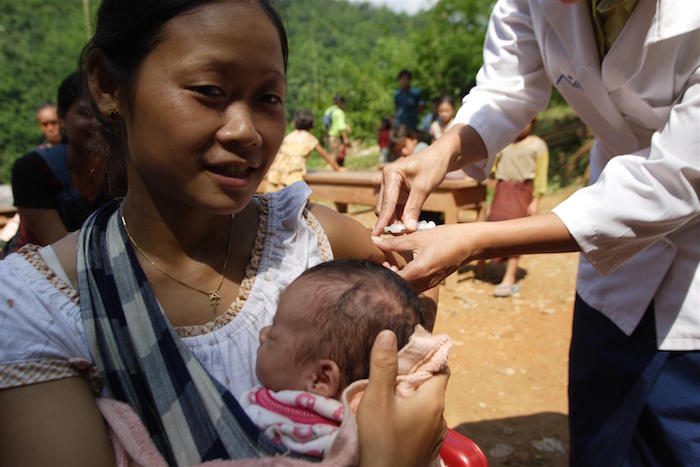 In 2001, the Lao People's Democratic Republic had one of the world's highest neonatal tetanus rates. More than 40 percent of neonatal deaths in the country's high-risk districts were due to the painful disease. Here, Nang Thoum, 24, receives a tetanus vaccination. A group of villagers gathered in the background when our outreach team visited the village to administer the vaccinations. © UNICEF/UNI76674/Holmes 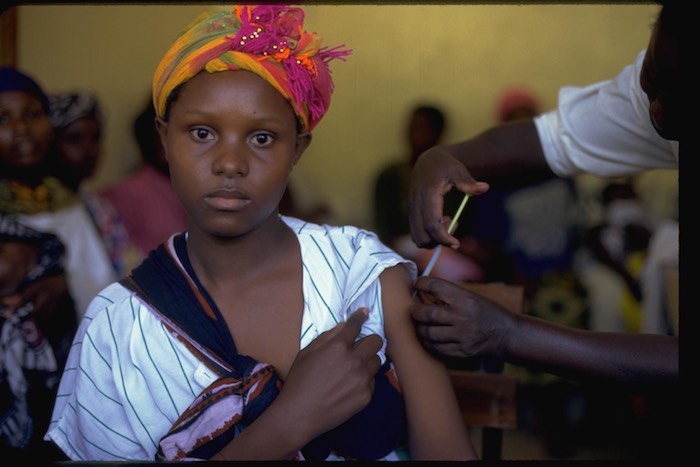 At a UNICEF-assisted health center in the southwestern village of Sonjo, Tanzania, a woman is given a vaccination against tetanus in a crowded waiting room.  The country is one of the benefactors of the Global Alliance for Vaccines and Immunizations. Prior to the Global Alliance efforts, an estimated two percent of newborn deaths in Tanzania were caused by tetanus. Tetanus affected those with the least access to care, such as rural and impoverished populations not reached by vaccine campaigns and prone to unhygienic birth conditions. However, the Global Alliance efforts led to 88 percent of newborns being protected against tetanus by 2012. © UNICEF/UNI34499/Pirozzi 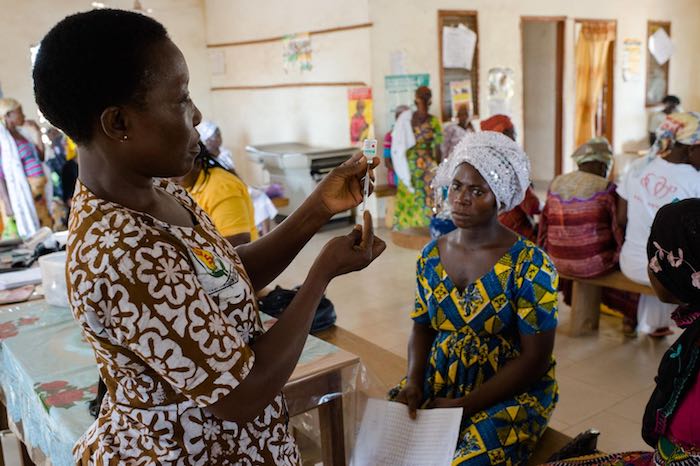 A nurse prepares to administer a tetanus vaccine to Sadia Issah at a Reproductive and Child Health facility in the Northern Region of Ghana. The elimination of MNT was the culmination of years of focused efforts to ensure that every district in the country had a high rate of coverage of tetanus vaccination. In 2009, four districts were identified as high risk for MNT, and special catch-up campaigns were organized to get the vaccine to every woman. Two years later, when two districts in the Northern Region were found to have low vaccination coverage, special community outreach activities were conducted in the two districts. Shortly after, Ghana announced that they had successfully eliminated MNT. © UNICEF/UNI190096/Quarmyne

#VaccinesWork. Learn more about Kiwanis International and The Eliminate Project.