India Celebrates a Lifesaving Victory in its War Against Tetanus

Above: A midwife prepares to vaccinate a toddler against DPT (diptheria, pertussis and tetanus) in India's Bihar State. Midwives who provide health, education and nutrition to impoverished women and children have been key to India's victory over tetanus. © UNICEF/NYHQ2008-1207/Ferguson

This week marks an important milestone for mothers and children in India and for the global movement to end maternal and neonatal tetanus (MNT). Some 327 million women of childbearing age live in India, where 26 million babies are born every year. With the World Health Organization’s recent validation of India’s successful elimination of MNT, countless newborns and mothers are spared the anguish of this excruciating disease.

In 1988, tetanus, which can harm both mother and child, killed as many as 160,000 young Indian children. But thanks to a national campaign, which offered women immunizations and education about safe delivery and health practices, those numbers have dropped steadily. Now the annual rate is less than one per 1000 live births in every district of the country.

“India has shown strong leadership in overcoming two major threats: polio and now maternal and neonatal tetanus,” said Louis Arsenault, UNICEF Representative. “India’s remarkable achievement shows that by making a strong commitment to investing in public health their youngest citizens and mothers will enjoy their right to health, thereby making us all stronger.”

Since 1999, UNICEF and its partners have immunized more than 129 million women with two or more doses of tetanus toxoid vaccine, eliminating the disease in 37 countries, including Cameroon, China, Cote d’Ivoire, Gabon and Iraq. The amazing success thus far promises more lifesaving victories like India’s to come as work continues to end tetanus in the 22 countries around the world where it still kills one newborn every 11 minutes and thousands of mothers. 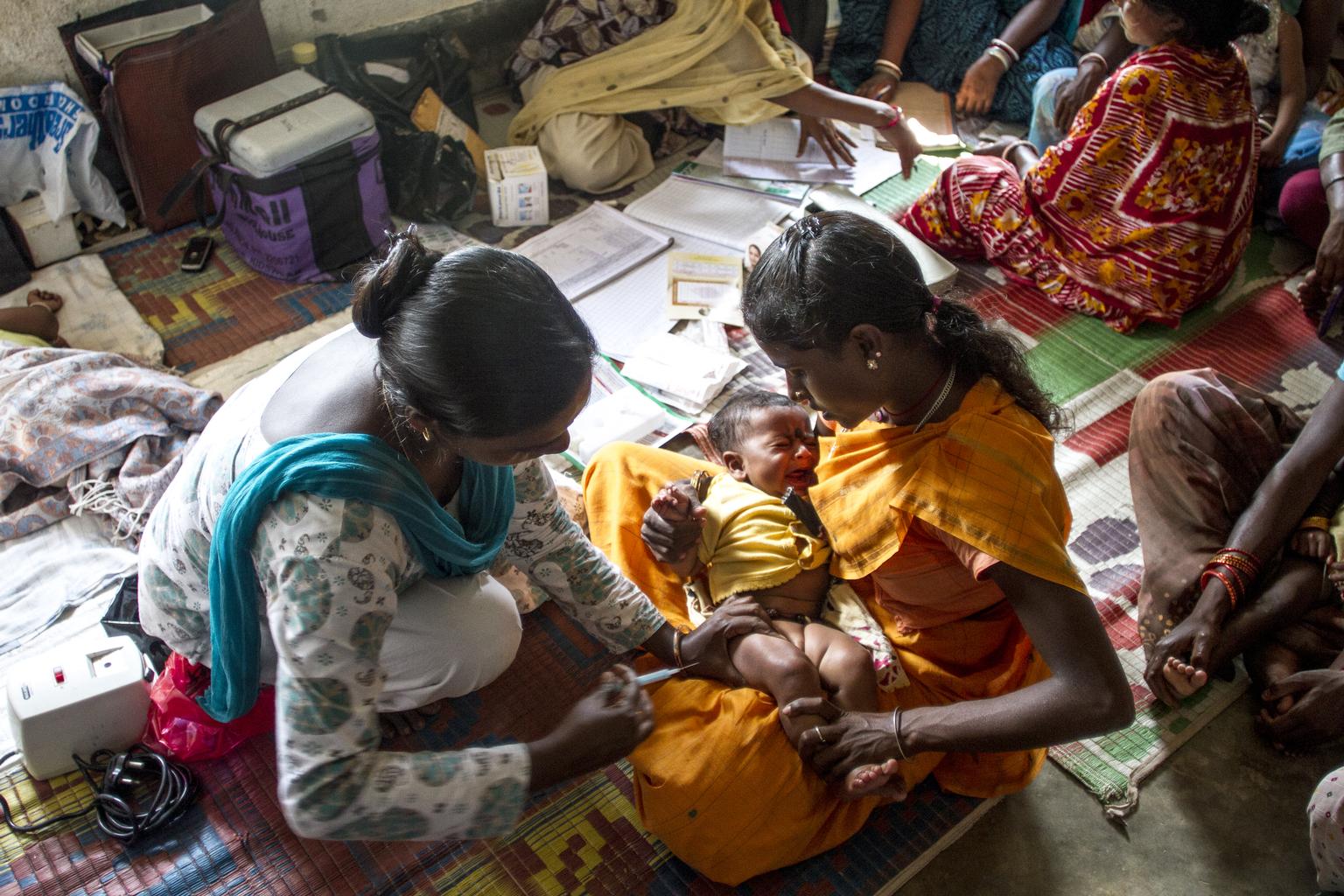 A baby is vaccinated against tetanus at an Anganwadi health center. The national centers also offer training for village women so they can counsel local pregnant women and mothers on proper nutrition, health care and hygiene for them and their children. © UNICEF/INDA2012-00556/Singh

To learn more, read about UNICEF and Kiwanis's efforts to rid the world of this deadly disease through The Eliminate Project, or watch our video.