Why UNICEF and partners are focused on vaccinating children who have missed out entirely on this essential protection.

COVID-19 has been a terrible blow for the world for many reasons and on many levels. But it has been especially damaging for child immunization.

The pandemic diverted attention and resources away from this routine yet essential health service, leaving millions more children at risk of measles and other vaccine-preventable diseases — with far-reaching ripple effects for individual children, their families, communities and all of society.

UNICEF and partners have been stepping up efforts to identify and reach children who have not received any vaccines at all — 'zero-dose' children — in India and 18 other priority countries in a sustainable way. These efforts are critical to broader goals for global health — including preventing the next global health crisis.

The urgency surrounding this issue has only increased in recent months amid a surge in measles cases — which UNICEF and the World Health Organization reported are up 79 percent in the first two months of 2022 compared to the same period last year due to drops in immunization coverage.

There have been 21 "large and disruptive" measles outbreaks in the past 12 months, most of them occurring in countries in Africa and in the East Mediterranean region. The largest outbreaks were reported in Somalia, Yemen, Afghanistan, Nigeria and Ethiopia. 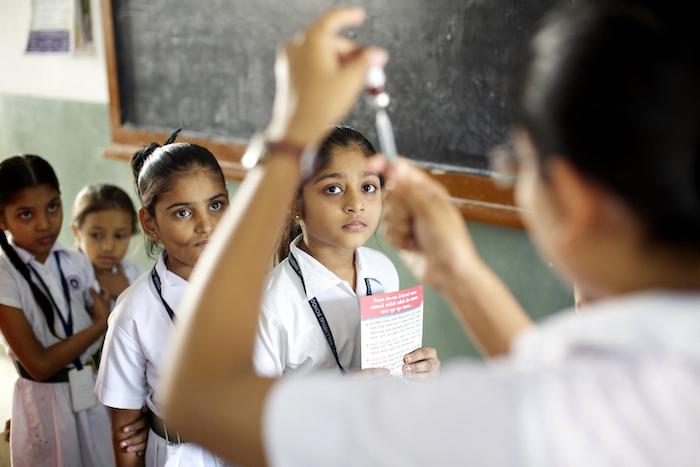 Students wait to get immunized against measles at Deewan Ballubhai School in the Paldi neighborhood of Ahmedabad city, Gujarat state, India. A relatively high 87 percent of children were immunized in India in 2020 — but that still left more than 3 million children without any vaccine protection at all. © UNICEF/UNI133525/Pietrasik

Pandemic disruptions in health services is just one reason children have been missing out on routine vaccinations. Another factor is displacement. When children and families are displaced due to war, drought or other emergency, health care — much like other essentials, from safe water to education — often become difficult to access. It's hard for parents to get their children to a health facility when they're fleeing to safety and desperately seeking food and shelter. In Ukraine, for example, a 2019 measles catch-up campaign interrupted by COVID-19 pandemic was to resume in 2022, but then war broke out.

Measles is damaging on its own. It can leave a child with permanent injuries and can even be lethal. But the virus also weakens the immune system and makes a child more vulnerable to other infectious diseases such as pneumonia and diarrhea, a vulnerability that can continue for months even after a child recovers from the measles infection itself.

A 'perfect storm' for the spread of disease: a return to social activities in places where children are not receiving routine vaccination

“It is encouraging that people in many communities are beginning to feel protected enough from COVID-19 to return to more social activities,” UNICEF Executive Director Catherine Russell said. "But doing so in places where children are not receiving routine vaccination creates the perfect storm for the spread of a disease like measles.”

Christopher Gregory, Senior Health Adviser in UNICEF Immunization, called measles "the canary in the coal mine" that reveals where in the world immunization coverage is flagging. "We’re particularly worried about those countries that are most fragile, where the health care systems are already really struggling, where they’re still trying to deal with the impacts of COVID on top of these outbreaks,” Gregory said. 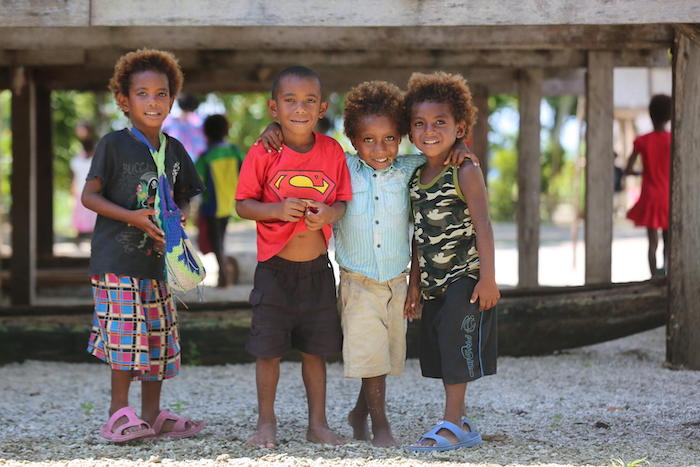 Children stand outside a UNICEF-supported learning center located in Nawaeb district, Morobe province, Papua New Guinea. With only 48 percent of children having received their diphtheria-tetanus-pertussis (DTP) vaccine in 2020, the southwestern Pacific island country has the highest percentage of zero-dose children in the world. © UNICEF/UN0361526/Cook Junior

UNICEF, along with WHO, Gavi and other partners, is focused on supporting governments to improve overall health service delivery in communities where there are large numbers of zero-dose children. The plan is to step up efforts to identify zero-dose children in these communities; understand barriers to vaccination; design interventions to overcome those barriers; then work to establish platforms to ensure reliable, sustainable delivery of immunization among other primary health care services going forward.

The number is based on the number of children who did not receive the shot for diphtheria, tetanus and pertussis (DTP); UNICEF has found that children who have not had the DTP vaccine are highly likely to have missed out on other childhood immunizations — measles, polio, rotavirus, rubella and others as recommended by WHO. 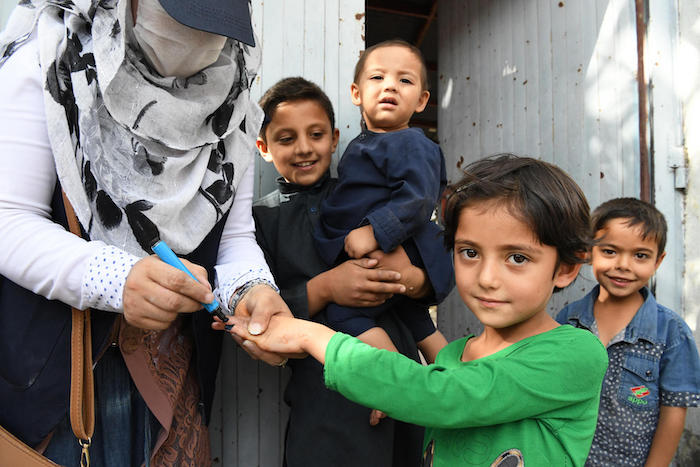 A polio vaccinator going door-to-door in Kart-e-Naw, a suburb of Kabul, Afghanistan, inks a child's finger to show the child has been immunized. UNICEF is the provider of the polio vaccine in Afghanistan and supports government distribution of critical supplies, especially in high-risk areas. Immunization coverage is an estimated 77 percent among children in Afghanistan, leaving an estimated 255,000 zero-dose children still to be reached. © UNICEF/UN0339988/Dejongh

Countries with the highest percentage of zero-dose children include Papua New Guinea, South Sudan, Somalia, and the Central African Republic. India has a relatively high immunization coverage rate — 87 percent of children received their DTP shot in 2020 — but that still leaves more than 3 million children unvaccinated. Nigeria has a 65 percent coverage rate and 2.5 million zero-dose children.

Zero-dose children tend to live in remote and otherwise hard-to-reach areas, where they endure multiple deprivations, not just in health but in nutrition, safe water, education and other key areas. Over half live in settings affected by conflict, and two-thirds live in households surviving on less than $1.90 per day.

Since 1990, immunization has played a large part in reducing deaths among children aged 5 and under by nearly 60 percent. Immunization has proven to be one of the most successful and cost-effective public health interventions, saving an estimated 2 million to 3 million lives each year. As the world's largest procurer of vaccines, UNICEF immunizes 45 percent of the world's children in over 100 countries. A UNICEF-supported team must travel on foot to transport vaccines and other health supplies to health clinics in the Bajura district in far-western Nepal. © UNICEF/UN0521654/Nepal

"[T]he impact from ... disruptions to immunization services will be felt for decades to come," Dr. Tedros Adhanom Ghebreyesus, Director-General of the World Health Organization said. “Now is the moment to get essential immunization back on track and launch catch-up campaigns so that everybody can have access to these lifesaving vaccines.”

As countries work to respond to outbreaks of measles and other vaccine-preventable diseases — and recover lost ground — UNICEF and WHO, along with partners such as Gavi, the Vaccine Alliance, the partners of the Measles & Rubella Initiative (M&RI), The Bill and Melinda Gates Foundation and others are supporting efforts to strengthen immunization systems by:

Support UNICEF and partner efforts to ensure that all children are properly vaccinated. Donate today.

Top photo: A baby is weighed, measured and vaccinated in the health center of Gonzagueville, a suburb of Abidjan, southern Côte d’Ivoire. Mothers bring their babies to the UNICEF-supported health center for routine vaccination. © UNICEF/UN0492544/Dejongh