The UNICEF USA Mercury Fund provides unrestricted grant money to allow UNICEF to scale up emergency preparedness measures and disaster risk reduction activities before a crisis occurs, and to scale up response measures quickly and efficiently as emergencies unfold.

A community’s ability to prepare for and cope with a crisis can prevent catastrophe and protect the vulnerable. When a community is unprepared, the result can be massive loss of life and the undermining of decades of social and economic progress, especially for children.

There are many ways UNICEF helps communities build resilience and reduce disaster risks: by elevating water wells and latrines in cyclone-prone areas, for example, and conducting earthquake emergency mock drills for students and teachers, among other measures. UNICEF also works with government officials to help establish national emergency preparedness plans.

The Mercury Fund is also a fast, efficient way to channel immediate support when a crisis occurs. The unrestricted grant money — fund resources can be activated quickly, in under 72 hours — allows UNICEF to rapidly scale up emergency measures and reach the most vulnerable children with vital assistance, often before a crisis or the complexity of an emergency hits the news and other funding becomes available.

The Mercury Fund's impact for children and communities

From October 2021 to October 2022, UNICEF USA disbursed $1.6 million in flexible funds through the Mercury Fund to assist UNICEF's emergency response efforts — including meeting urgent needs of children and families impacted by:

Here's a closer look at a few of these and previous examples of Mercury Fund support at crucial times:

Response to the war in Ukraine: The Mercury Fund provided a timely allocation at the onset of the war in Ukraine to help UNICEF reach children and families impacted and displaced by violence with a wide range of services and assistance, including health, safe water, sanitation and hygiene support and cash assistance for the most vulnerable. 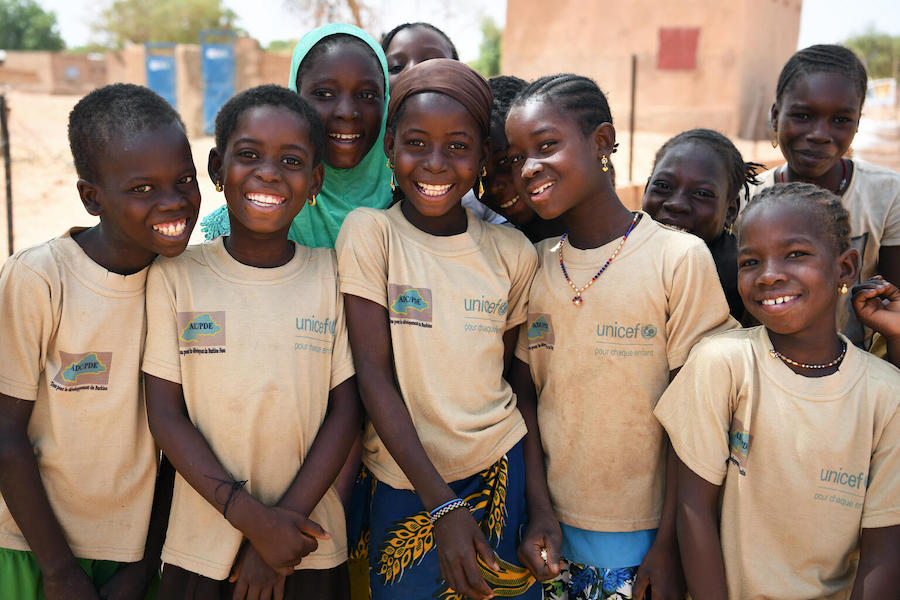 Emergency assistance in Burkina Faso: Since 2018, Burkina Faso has faced a severe humanitarian crisis, resulting from weak governance, armed conflict and multidimensional poverty; 4.7 million people — including 2.7 million children — are in need of humanitarian assistance. Political instability has further exacerbated the situation and resulted in an unprecedented acceleration of population movements, with an increase of over 206,000 additional internally displaced persons (IDPs) in only two months; many have lost livelihoods (crops, livestock and small businesses). Support from the Mercury Fund helped UNICEF replenish emergency supplies — education kits, water tanks, hygiene kits, tents — as needs were rapidly increasing on the ground. 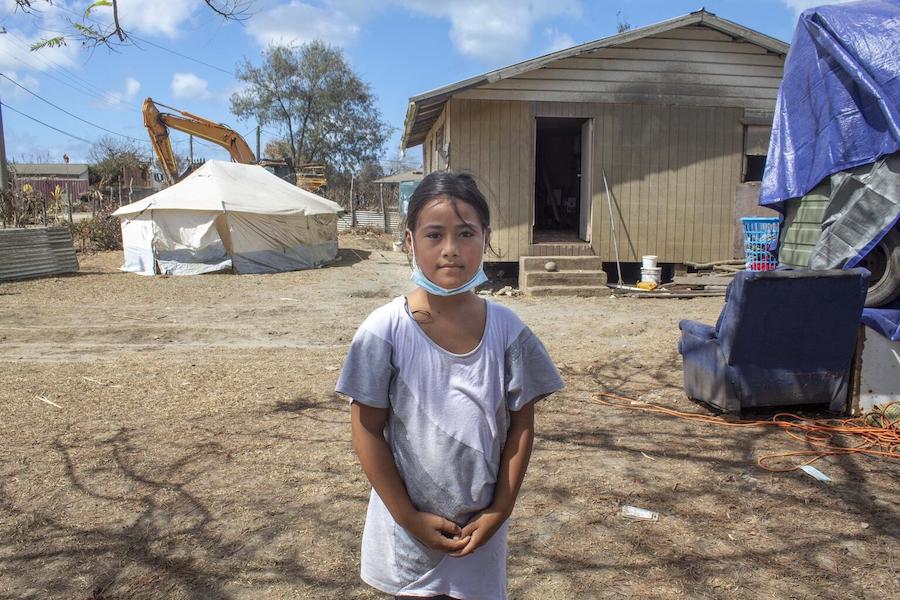 Ma'ata, 10, stands in front of her home in Kanokupolu village on Tongatapu, Tonga’s main island, one of many coastal areas devastated by an underwater volcano eruption and tsunami in January 2022. The Mercury Fund was quickly activated to support the needs Tongan children and their families. © UNICEF/UN0582143/Wolfgramm

Flood relief: In South Sudan in 2019, as flood waters submerged whole towns, destroying homes, schools and health centers and displacing hundreds of thousands of children and families, the Mercury Fund rushed a $200,000 grant to accelerate UNICEF's response. Efforts included screening and treating children for malnutrition, distributing water purification tablets and hygiene kits to prevent the spread of waterborne diseases, repairing and disinfecting water sources and conducting immunization campaigns. When torrential rains followed by landslides and massive flooding devastated entire communities in and around Gatumba, Burundi, in the spring of 2020, the Mercury Fund rushed $100,000 to help expedite UNICEF's emergency response in the area.

Containing Ebola: When one of the worst Ebola outbreaks of recent years hit the Democratic Republic of the Congo (DRC) in 2019, UNICEF USA granted $500,000 from the Mercury Fund to support critical prevention and preparedness in neighboring countries Burundi and Uganda. Efforts included developing public awareness campaigns, improving access to safe water and sanitation and appropriate hygiene practices at main entry points and strengthening surveillance of those traveling between countries.

The Mercury Fund has also been successful in swiftly responding to catastrophic events around the world including the needs of Rohingya refugees in Bangladesh and of migrant children in Central America.

Donating to the UNICEF USA Mercury Fund allows UNICEF to continue to respond rapidly to emergencies and to ensure that disaster preparedness is embedded in all development activities. This investment will not only help UNICEF save time and money in the event of an emergency, but will also build the resiliency of vulnerable populations before a crisis occurs. Donate to the Mercury Fund today.

Top photo: Dorinda Antonio carries her son Manuel after arriving in Beira, Mozambique, by boat, having fled their home in Buzi, an area devastated by Cyclone Idai. © UNICEF/UN0320717/Oatway