What Climate Shock Looks Like in Burundi | UNICEF USA

Climate change has been brutal for Burundi. Shifting weather patterns — the heavy rains, the high winds, the dry spells — have become increasingly unpredictable and extreme. Floodwaters have decimated communities, destroying homes and livelihoods. In the mountains, landslides are a constant threat.

Families who have long struggled in this East-Central African nation, one of the world's poorest countries, are working harder than ever to keep their children safe and fed.

UNICEF is working with partners to meet urgent needs of vulnerable children, mitigate the effects of these climate shocks and build resilience in communities — while also supporting emergency action to prevent and control COVID-19, and reduce the socio-economic impacts of the pandemic, including its effect on access to essential services.

This series of images, captured in March 2021 by photographer Karel Prinsloo, offers a closer look at what's happening on the ground, revealing the complicated nature of a continuing crisis. 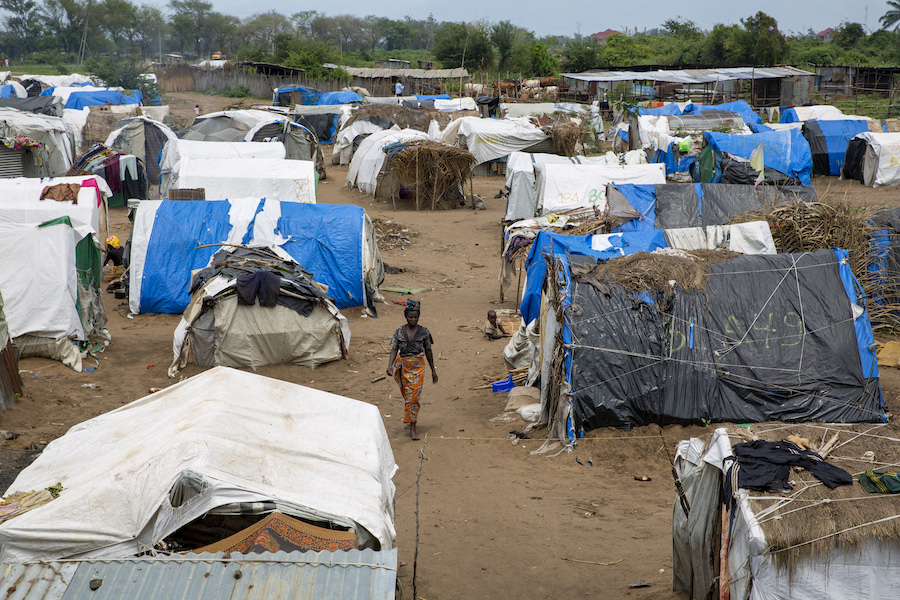 Over 114,000 people in Burundi have been displaced by climate change-related disasters, and the trend is likely to continue, impacting harvests and causing further displacement. When children are uprooted, their risks of falling ill or becoming victims of violence and abuse climb. Above, a displacement camp near Gatumba, a farming community that flooded when the Rusizi River and Lake Tanganyika overflowed their banks, forcing 25,000 people to flee. With water levels continuing to rise, recovery has been difficult. 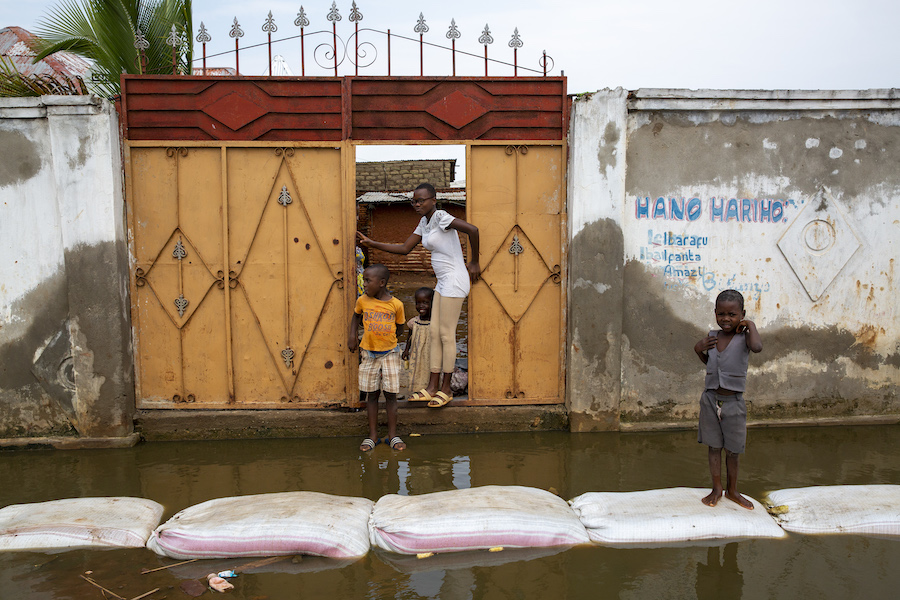 Extreme flooding and other natural disasters increase the likelihood that children will drop out of school. In Burundi, parents often can't afford the fees or may need their children to work to help support the family — or the school itself is no longer standing. Children are also more vulnerable to malnutrition and disease when food is scarce and sanitation and hygiene conditions are poor.

UNICEF's humanitarian action plan in Burundi is focused on meeting the urgent needs of those most vulnerable to climate-related shocks — treating children for severe malnutrition, improving access to safe water, improving health services to better respond to and prevent COVID-19, Ebola, malaria, measles and cholera — and working with local partners to build more resilient health and social systems. Some 10,000 homes in Gatumba were swept away by heavy rains in the spring of 2020, and all but three of the district's 14 schools were so damaged they had to shut down. Large sections of Gatumba remain underwater. Fields where locals used to grow beans and corn have turned into fisheries — and breeding grounds for waterborne disease. 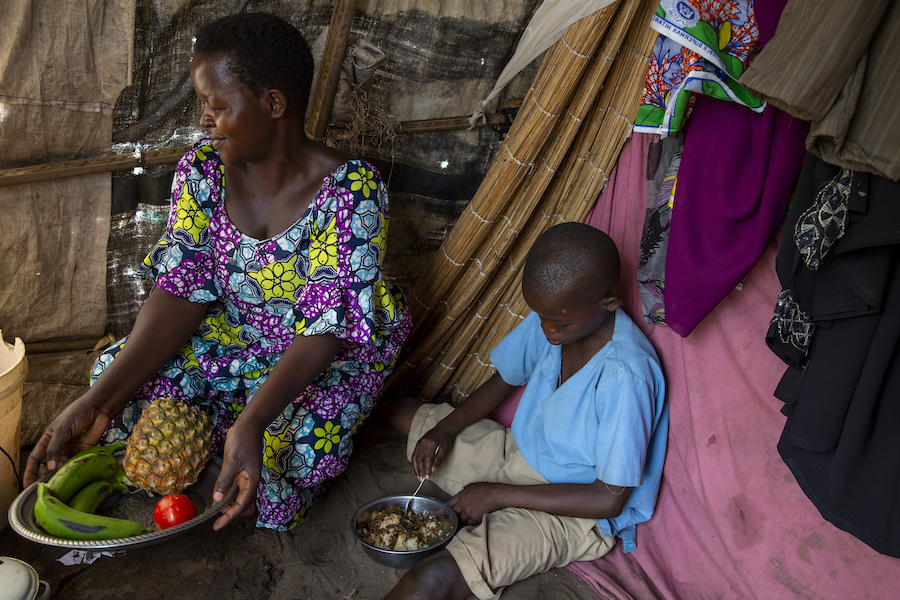 Jeannette and her young son, above, are among thousands of Gatumba residents whose clay homes fell apart during the recent flooding, and who now live in the camp under tarpaulin tents reinforced with scraps of tin. Thousands more remain in the neighborhood, their homes surrounded by stagnant, dirty water that sometimes attracts hippos and crocodiles. Jeannette supports her family by working as a seamstress. 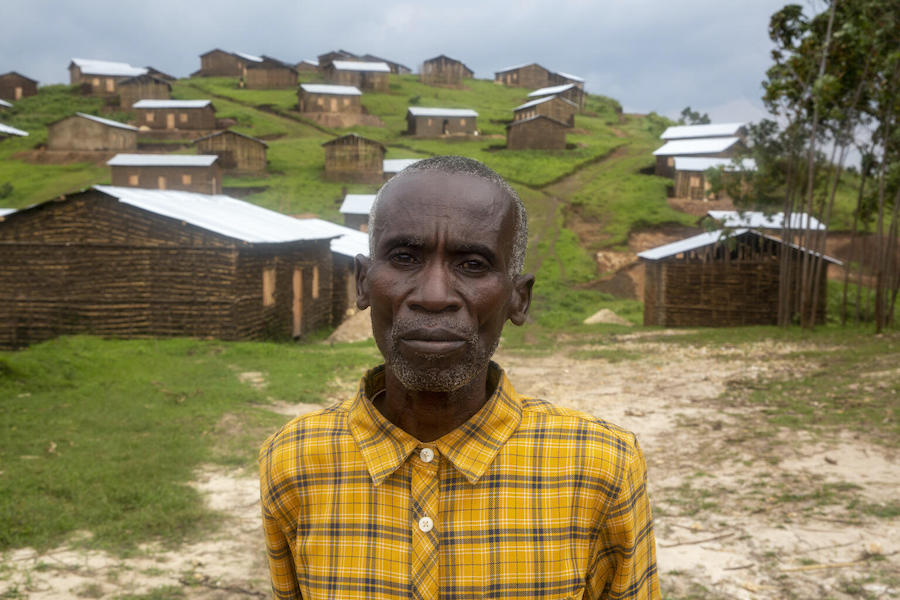 In December 2019, a series of landslides — triggered by heavy rainfall coupled with deforestation — devastated parts of northern Burundi. Cascading mud overtook the mountain village of Gisheke, toppling over 350 homes, and 37 people died, including ten whose bodies were never found. Thomas Misego, above, former village chief, helped his community rebuild, but the area is still vulnerable. “When it starts raining now," he said, "we are so scared." 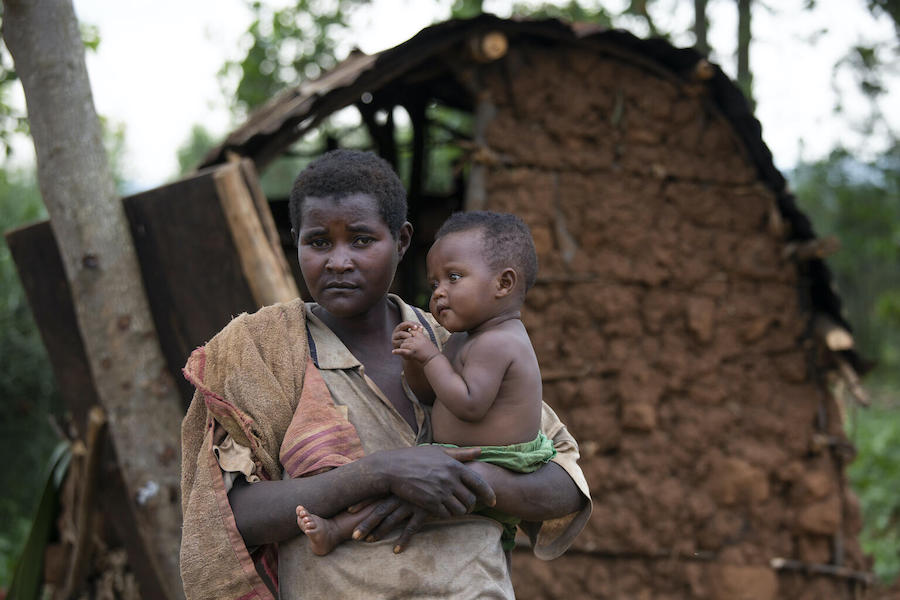 About 120 miles from Gisheke is Kibande Hill, in northeastern Kirundo province, where crops have failed for three straight years due to drought. “Everybody here is food-deprived," one local official said. "Children are used to having only one meal a day, and often it’s just boiled cassava leaves." Single mothers like Janvière, above, holding 9-month-old daughter Estella, are barely managing. A child runs past the shelter where Janvière (previous photo) now lives with her four children. Janvière works another person's small plot of land, earning less than a dollar a day, while her children stay home alone. The family's previous home was lost to storm damage shortly after Janvière sold the tin roof to buy food. 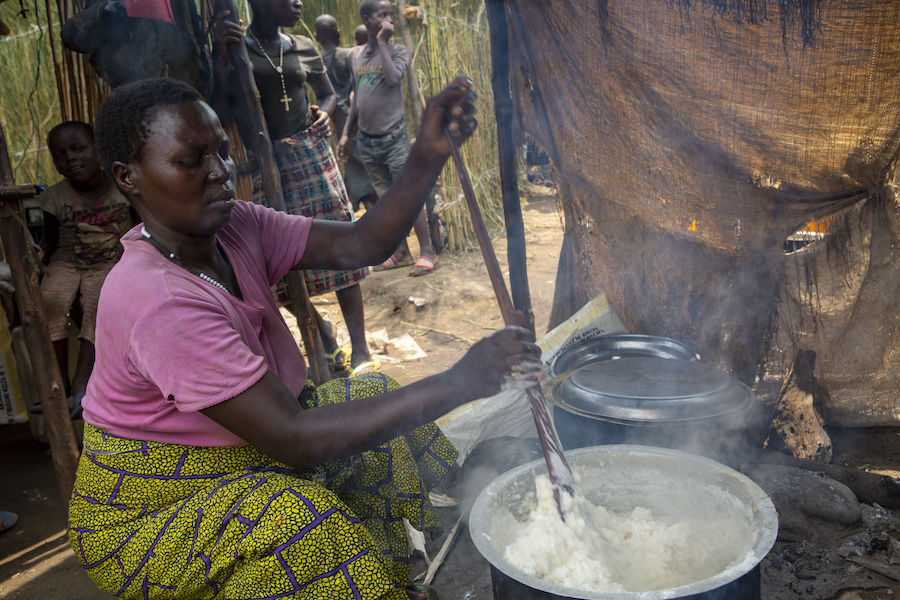 UNICEF and partners continue to assist those affected by climate-related disasters in Burundi, providing safe water, health care and hygiene support, and child protection, education and psychosocial support services inside the displacement camps and within communities. Odette, above, prepares a meal to serve at her restaurant, a business she started with help from a UNICEF-supported micro-credit scheme.

In appealing for support for Burundi, UNICEF notes that natural disaster response in the country — coordinated through the National Platform for Risk Prevention and Disaster Management — has improved, yet many challenges remain, including a significant funding gap.

Help UNICEF reach children and families in need. Your contribution can make a difference.

Top photo: A child crosses floodwaters in Gatumba, a farming community in Burundi that continues to bear the brunt of climate-related shocks. At least 50,000 people have been affected by flooding in the region in the past year. © UNICEF/UN0436094 All photos by Karel Prinsloo for UNICEF