Those least responsible for climate change — the very young and the very poor — suffer most from its consequences. UNICEF is on the ground, helping children & families build resilience.

Last year, two powerful tropical cyclones slammed into Mozambique in quick succession, proving once again the axiom that those who are least responsible for climate change — the very poor and the very young — suffer most from its devastating consequences.

It was the first time in recorded history that Mozambique had been hit twice by major storms in the same season. First came Cyclone Idai, making landfall at the port of Beira on March 14, 2019, flattening buildings and flooding the countryside. Just six weeks later, Cyclone Kenneth came ashore in northern Mozambique with winds of 140 miles per hour.

2.5 million people — almost half of them children — require humanitarian assistance

One year later, 2.5 million people, almost half of them children, in Mozambique remain in need of humanitarian assistance. An estimated 1.6 million people don't have enough to eat. More than 3,000 children under 5 have been diagnosed with life-threatening severe acute malnutrition (SAM) after harvests were washed away in floodwaters. 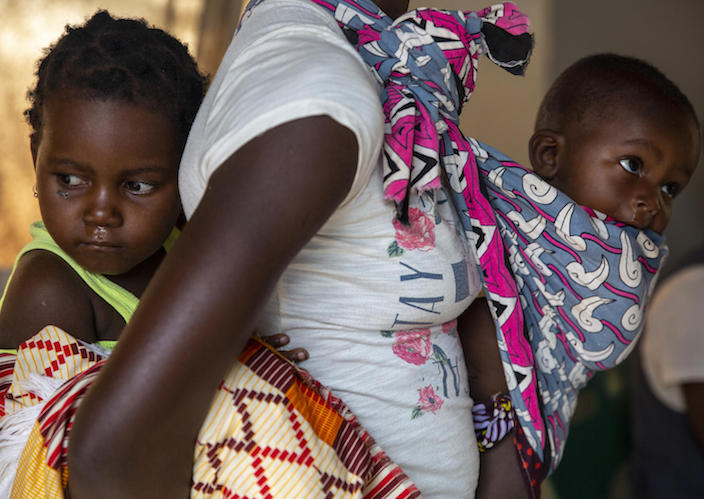 On March 4, 2020 in Mozambique, Eliza Arnaldo, 20, carried her feverish children, 3-year-old Natalia and 6-month-old Domiqo — one in back, one in front — from the Ndjenja resettlement camp to a UNICEF health center. © UNICEF/UNI310143/Prinsloo

"When the cyclone hit, I suffered a lot," said 20-year-old Eliza Arnaldo (above). "I live in a mud hut. My house was destroyed." Three months pregnant at the time, the single mother needed to find shelter for herself and her children, then 5 and 2. "I found some plastics and made a shelter in the road where I lived for two months. I have now rebuilt my house and we are living there again. I am a small farmer. I grow food for my family, maize and pumpkin, and sometimes when I have a little more, I can sell it in the market." 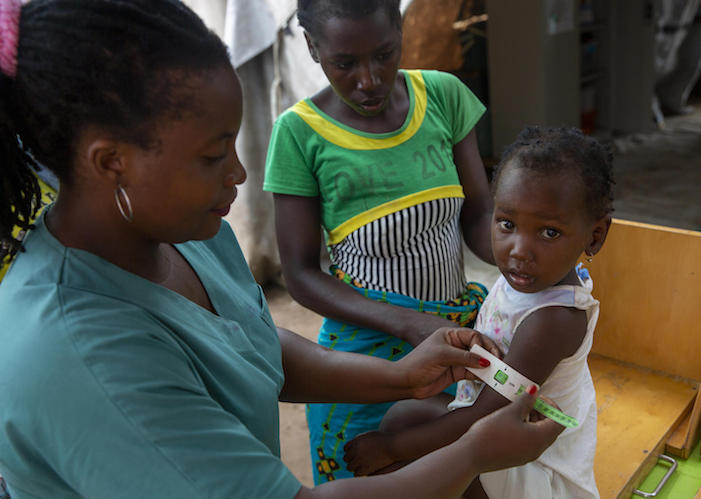 Nurse Madeleina Luis checks children for signs of malnutrition at a UNICEF health center in the Ndjenja resettlement camp, Mozambique, on March 4, 2020. © UNICEF/UNI310123/Prinsloo

Mozambique has one of the lowest Human Development Index (HDI) numbers in the world (180 of 189 countries). More than 46 per cent of the population live below the national poverty line. This deep poverty makes it challenging for families to build resilience by themselves, and each year, with new and stronger shocks related to global warming, it is becoming harder and harder for them to recover.

As the climate crisis worsens, deep poverty makes it harder for families to build resilience

“UNICEF and other humanitarian agencies are preparing for the fact that these extreme weather events will occur in Mozambique more frequently, with increasing ferocity,” said Katarina Johansson, acting UNICEF Representative in Mozambique. “Our recovery work therefore includes elements that will make the affected population more resilient to future natural disasters." 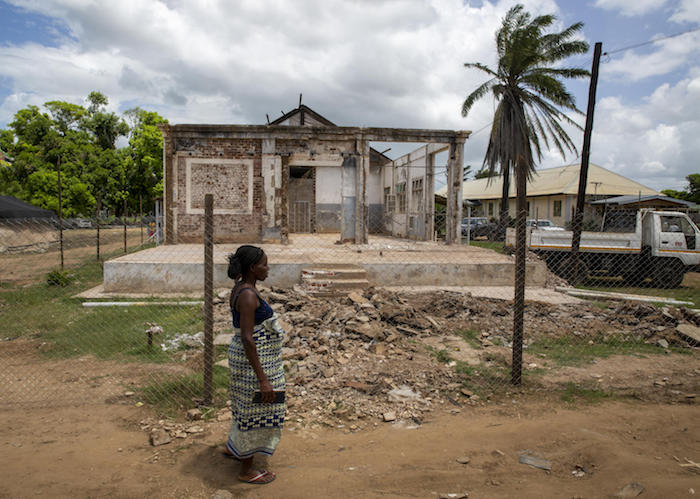 One year after twin cyclones flattened parts of Mozambique, a woman walks past the ruins of a hospital in Buzi. © UNICEF/UNI310162/Prinsloo

One of the ways to build resilience is to decentralize health care, so that if health care facilities are damaged, health workers can continue to provide services. That's why UNICEF is working with Mozambique's Ministry of Health to build a team of mobile health brigades, paramedics who use motorbikes or bicycles as their primary mode of transportation to reach children in remote areas. With UNICEF's support, 1,700 of these brigades are up and running in local communities.

They visit families like Aissa Vali's (below), whose son Elias uses a wheelchair provided by UNICEF. To help children with disabilities, UNICEF is providing psychosocial support and assistive devices like wheelchairs, and conducting community-based rehabilitation programs. 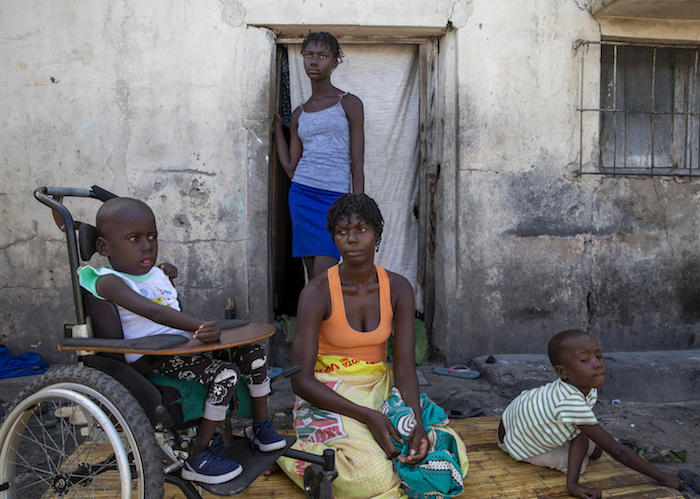 Aissa Vali (center) with her daughter Anna and her twins, Elias (left) in his wheelchair that was provided by UNICEF, and Lazarus, at their home in Beira, Mozambique, on March 6, 2020. © UNICEF/UNI310125/Prinsloo 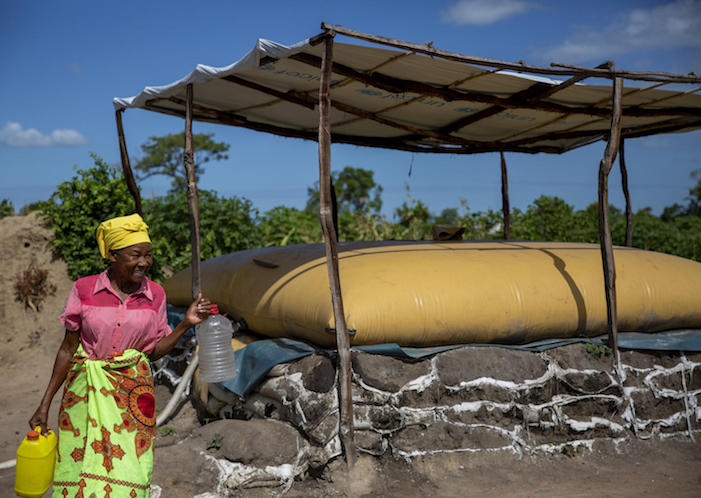 Families whose homes were destroyed by the cyclones crowded into resettlement sites in the days after the storms hit. UNICEF established water, sanitation and hygiene facilities for more than 61,000 people in 34 sites. On March 4, 2020, residents of Ndjenja resettlement camp in Mozambique, use a well installed by UNICEF. © UNICEF/UNI310108/Prinsloo

With generous support from public, private and individual donors, UNICEF under the effective leadership of the Government of Mozambique and in close collaboration with civil society organizations was able to conduct a massive disaster response and save the lives of thousands of children. But further funding for the ongoing recovery work — along with increased mitigation measures by polluters, and adaption in developing countries – will be required to protect children from natural disasters in the future.