At the Ukrainian Border, Families Search for Safety and Shelter

It has taken Yulia, a mother of two from Ukraine, seven days to reach the Polish border. The shells were still exploding behind her, raining down shrapnel, as she fled the city of Kharkiv with her 1-year-old daughter and 9-year-old son.

During their journey, the family slept on a factory floor, on a wooden bench, squeezed into a small bed in a kindergarten and in a car. Three weeks ago, Yulia, above, had dreams of one day owning her own apartment in Kharkiv and taking her children to the seaside this summer. Now, she has spent all her savings on gasoline to reach the border. Her dreams consist of a bed, a shower and clean clothes.

“I decided to leave the house and our whole life with only one goal,” recalls Yulia. “To save the children and to survive.”

In the panic of their escape, Yulia had just ten minutes to gather their things. All she could think of was the children. 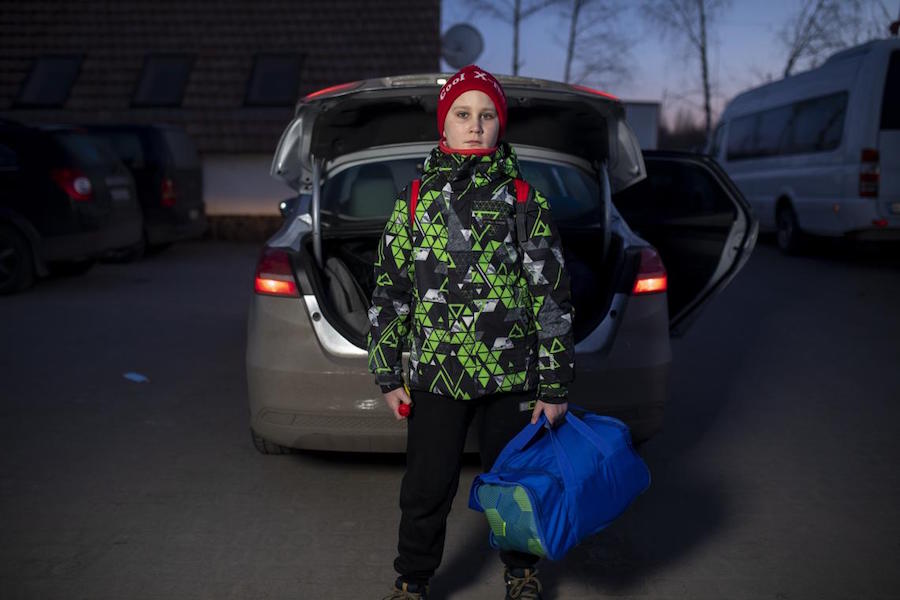 “I didn’t take my things. I’ve been wearing the same sports suit for several days,” she says. “My son, Danylo, also did not think about himself, but he thought about his sister. Instead of his personal belongings, he put his sister Nastia’s toys in his backpack.”

Finally, after reaching the border between Ukraine and Poland, Yulia and her children were able to receive crucial supplies — diapers and personal hygiene products — as well as support and information from UNICEF volunteers.

To support children and families traveling from Ukraine to safety in Moldova, Poland, Romania and Belarus, UNICEF is working with UNHCR and local partners and authorities to set up an expanding network of Blue Dot centers — one-stop hubs that provide key information and referrals to social services, along with identification and protection of unaccompanied children and those who have become separated from their families.

Yulia and her children are now planning to make their way to Germany, where they have friends. She does not know where they will sleep tonight.

“I never thought that in the 21st century, in the middle of Europe, I might have problems with the safety of my children, with finding food for them and a place to sleep,” says Yulia, brushing the tears from her face. “We don’t feel safe anymore.” 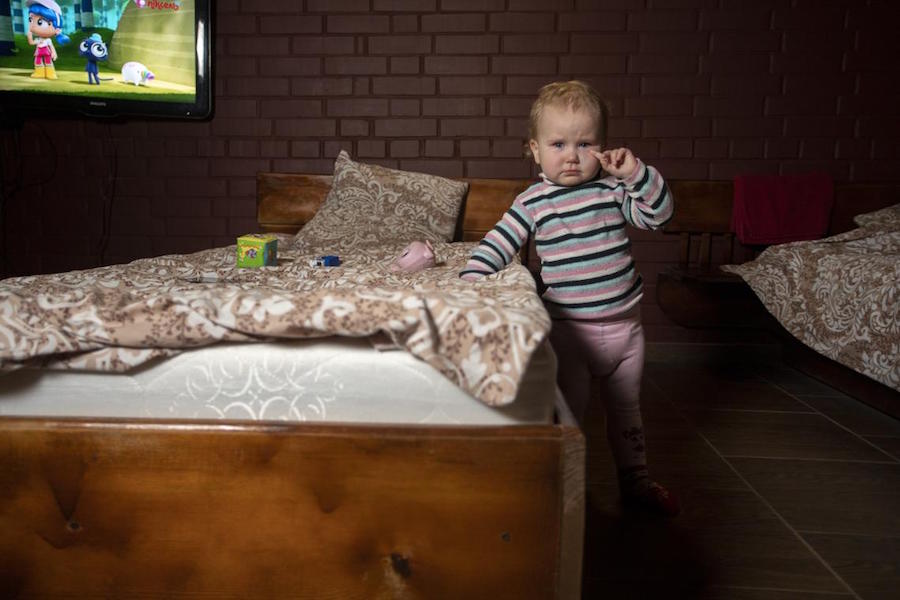 The war in Ukraine is threatening the lives and well-being of the country’s 7.5 million children. Humanitarian needs are multiplying by the hour as fighting intensifies. Children continue to be killed, wounded and traumatized by the devastating violence around them. Families are terrified, in shock and desperate for safety. 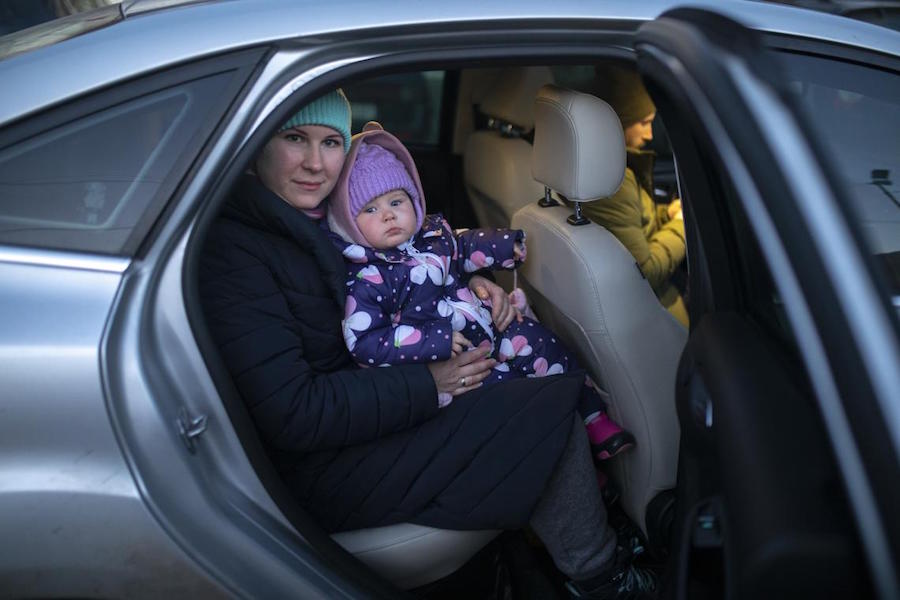 UNICEF is working around the clock to keep families safe and deliver urgently needed supplies. Your contribution will help UNICEF continue to reach the children of Ukraine and their families with lifesaving assistance. Please donate.

Top photo: On March 4, 2022, an exhausted mother and her child rest for a moment in Berdyszcze, Poland, after crossing the border from Ukraine. Since Feb. 24, 2022, more than 3 million people, including 1.5 million children, fleeing war in Ukraine have sought refuge in neighboring countries. © UNICEF/UN0605525/Remp. All other photos © UNICEF.