Child Refugee Crisis: 3 Things to Know About Children on the Run

A record number of refugee children — an estimated 30 million — have been forced from their homes by circumstances beyond their control. Whether from Syria, Yemen, Iraq or El Salvador, whether they are fleeing extreme poverty or brutal violence, their aim is the same: to find a way to live safely, in a place where they have a chance at a better future.

Here are three things you need to know about the global refugee crisis — and what UNICEF is doing to help the millions of children who are caught in the middle of it:

1. The Migrant and Refugee Crisis in Europe Is Spiraling Out of Control

It's wreaking havoc in countries such as Greece, Hungary, Macedonia and others witnessing a new crush of newcomers at rates of 2,000 to 3,000 a day — at least a third of them children. The region is buckling under the strain, leaving thousands of refugee children in need of assistance and protection.

UNICEF and its partners on the ground in Macedonia have distributed water and tents and provided safe spaces for rest and recreation. Efforts are also being made to reunite lost children with their families. UNICEF continues to be hard at work in conflict-torn Ukraine, delivering medicine and recreational equipment to displaced children and providing support at orphanages, to disabled children and to children with HIV.

UNICEF Executive Director Anthony Lake, noting the urgency of the situation and the tragedy of children lost at sea and on shore, called on the international community to act to provide all children with essential services and support and to work to prevent child exploitation. 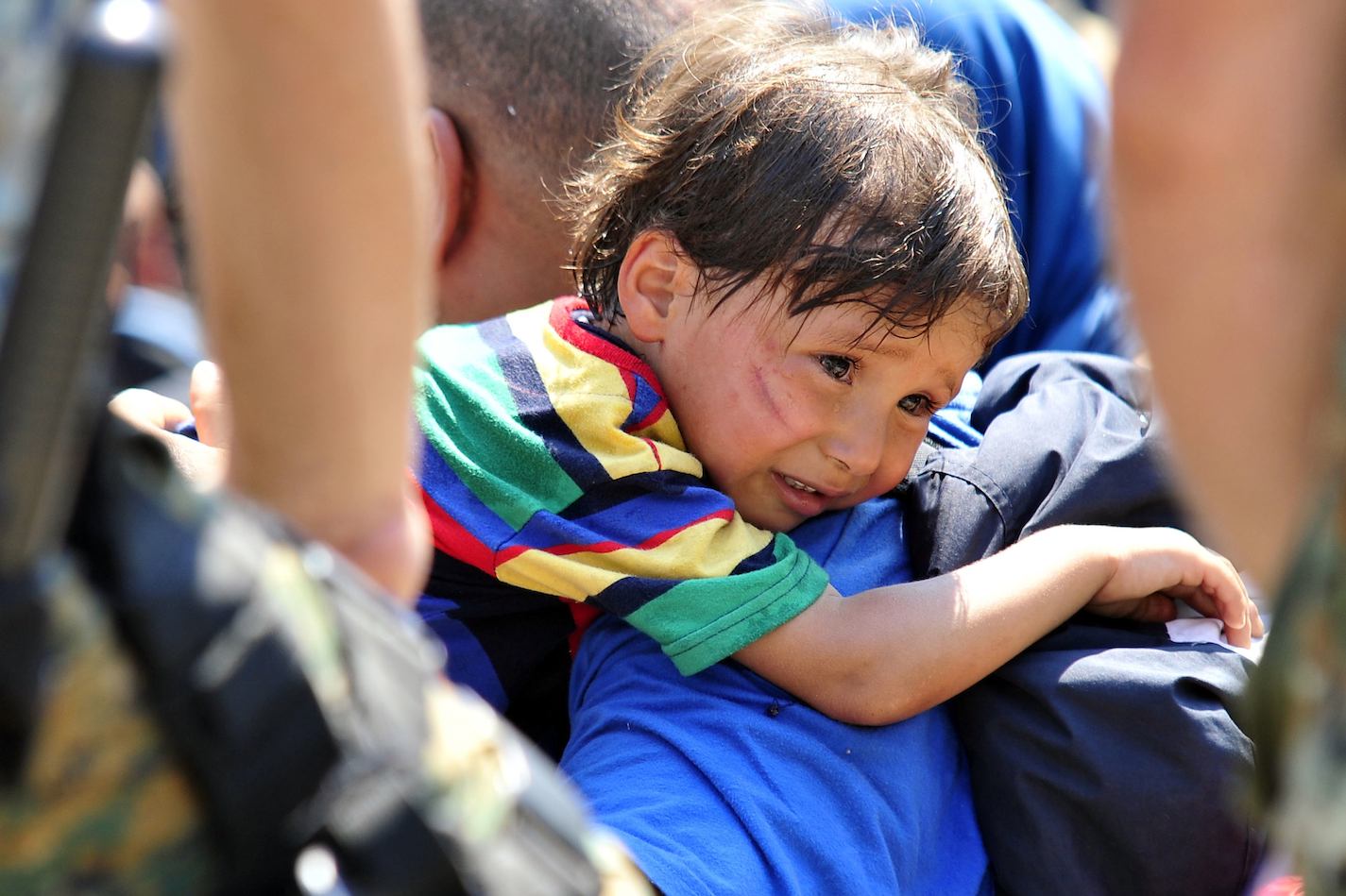 A child rests on a comforting shoulder in Gevgelija, Macedonia, on the border with Greece. The rate of refugees and migrants arriving in the country has increased to more than 2,000 a day — women and children account for nearly one-third of newcomers.

2. Conflict in the Middle East and North Africa Has Caused This Refugee Surge

Violence and war in the Middle East and North Africa is largely responsible for the surge of refugees and migrants heading for Europe, and the futures of the children still in the region remain at risk. So many are being deprived of their education and other basic services. More than 13 million children in Syria, Iraq, Yemen and six other war-torn countries — 40 percent of the region's school-age population — are out of school.

In Syria, Iraq and elsewhere, UNICEF is working to end child labor, expand learning opportunities for refugee and displaced children and support struggling schools by providing temporary spaces while rehabilitating damaged ones. Making sure children get educated is the best — maybe the only — path to stability for these deeply troubled parts of the world.

UNICEF and its partners are also providing clean water to Syrians and Yemenis trapped in besieged cities, while delivering medicine and other lifesaving supplies to displaced and refugee children and their families all across the region. 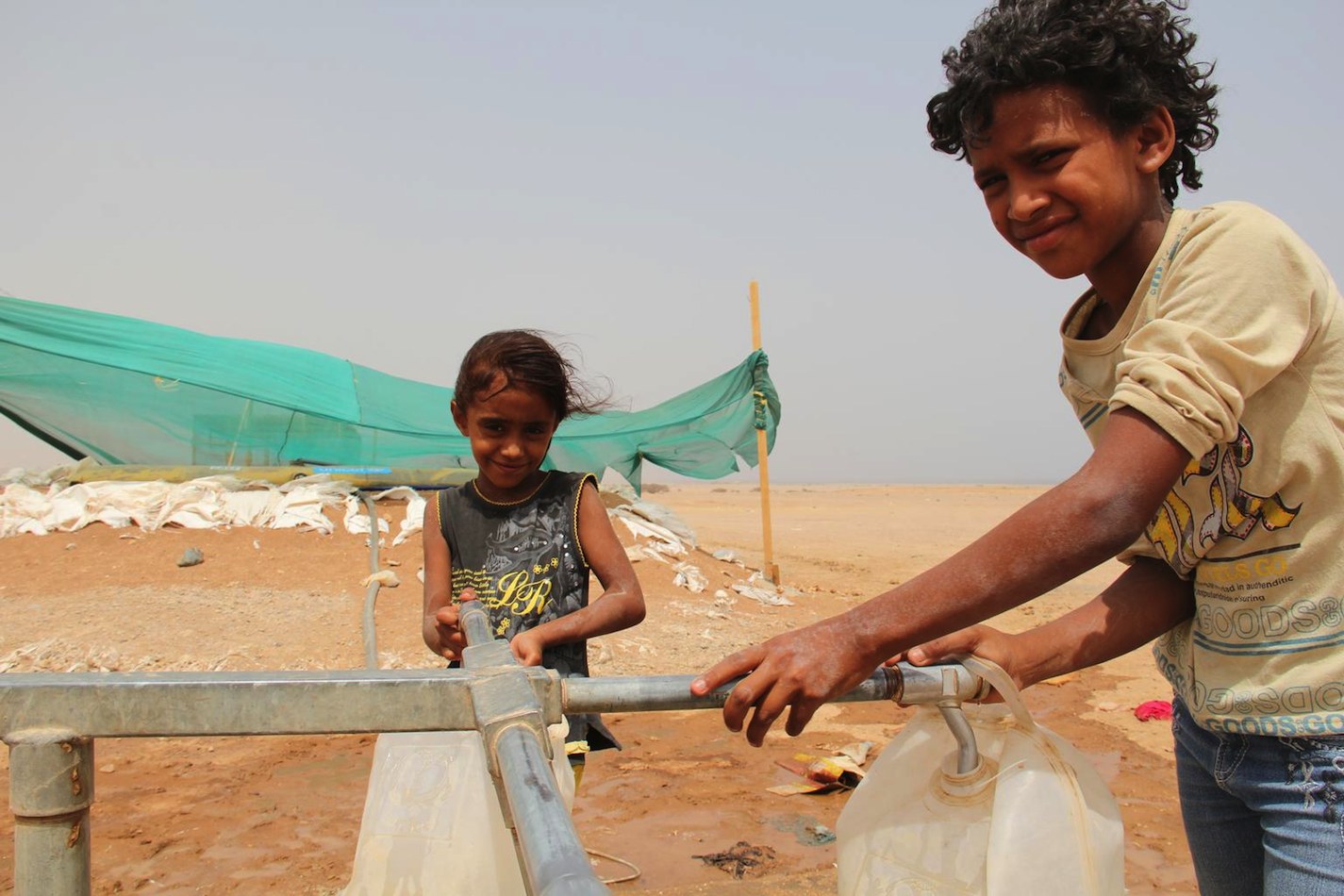 Eleven-year-old Adam, a refugee from Yemen’s terrible conflict, fetches water from a UNICEF-installed pump at the Markazi refugee in Obock, Djibouti.

3. A Separate Crisis Continues to Plague the Americas

Migrant children from Central America — mainly El Salvador, Guatemala and Honduras — are still hitching rides on backs of trains and crawling through tunnels, desperate to reach the U.S. to escape gang violence, trafficking and other horrors of life in the countries they fled. Many of these children travel unaccompanied by parents or relatives and are extremely vulnerable to abuse.

UNICEF works to protect children when they are caught and sent back, supporting them at border centers and helping authorities ensure safe return to their families.

UNICEF is also working to improve kids' lives in their home countries, to protect them from violence,  to get them into school and away from crime and drugs and by pressing local governments to address root causes of poverty in their communities — all to help keep these kids from running in the first place. 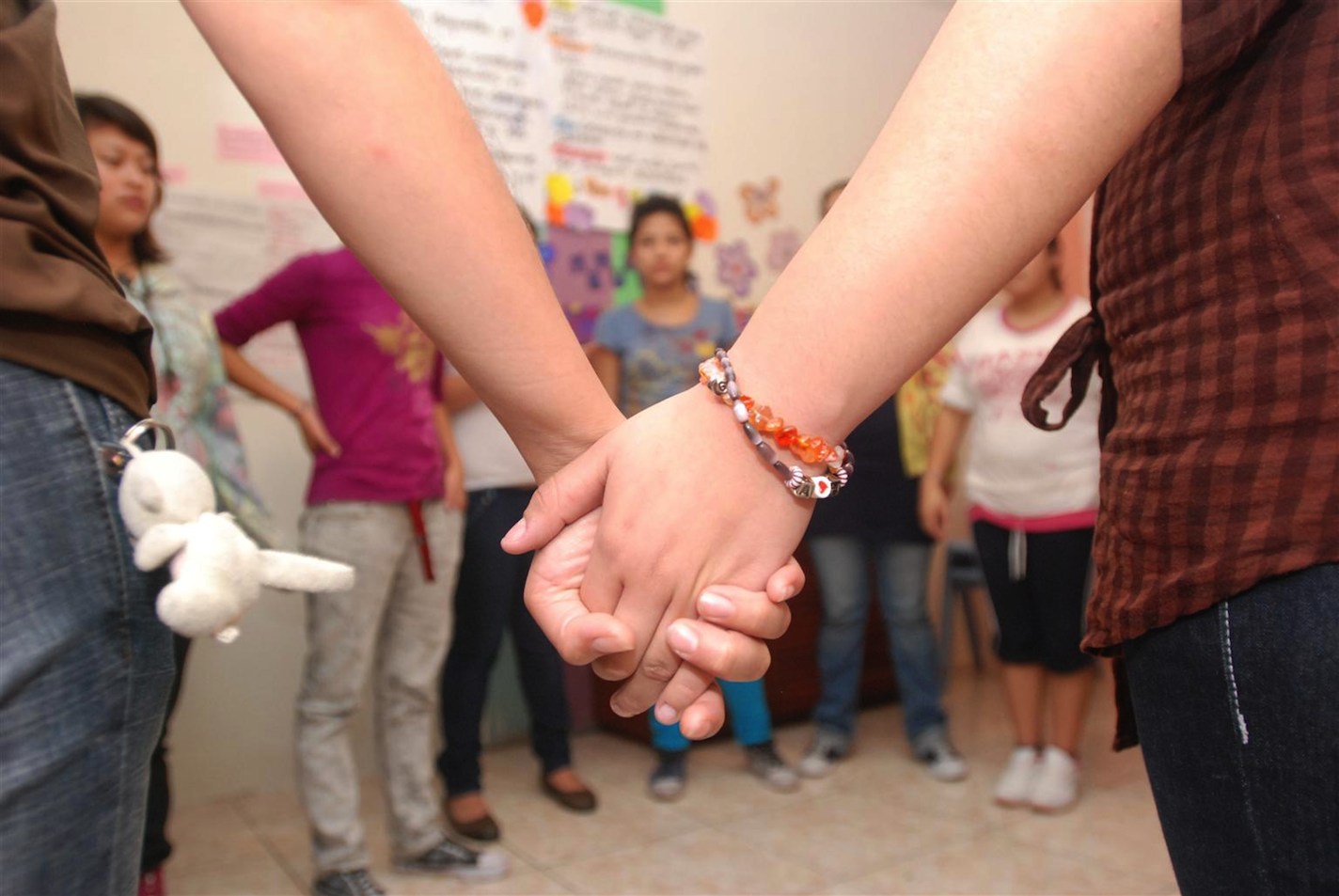 Teenage girls hold hands during an activity at a UNICEF-supported children’s shelter in Guatemala, the country with the world’s highest female homicide rate.

How You Can Help Migrant and Refugee Children

UNICEF works around the world to help the world's most vulnerable children. Your support will help deliver urgent assistance to children in need and prove that these children aren’t invisible. Please make a gift and help children on the run worldwide. You can also advocate for children or start your own fundraiser. Learn more.