2015 has not been kind to the children of eastern Ukraine.

More than a year after Ukraine’s descent into civil unrest, the country's eastern region is now a violent conflict zone. The government has cut public services in areas controlled by rebel forces. Access to trapped civilians is hampered by indiscriminate shelling. The region’s children face a growing humanitarian crisis.

UNICEF is asking for $32 million to help children caught in this crisis.

In the city of Donetsk alone, more than a thousand young people have spent much of the year living in bomb shelters. Natalia and Ivan are two such children. They have shared a basement home lacking water or sanitation with 64 families since September. 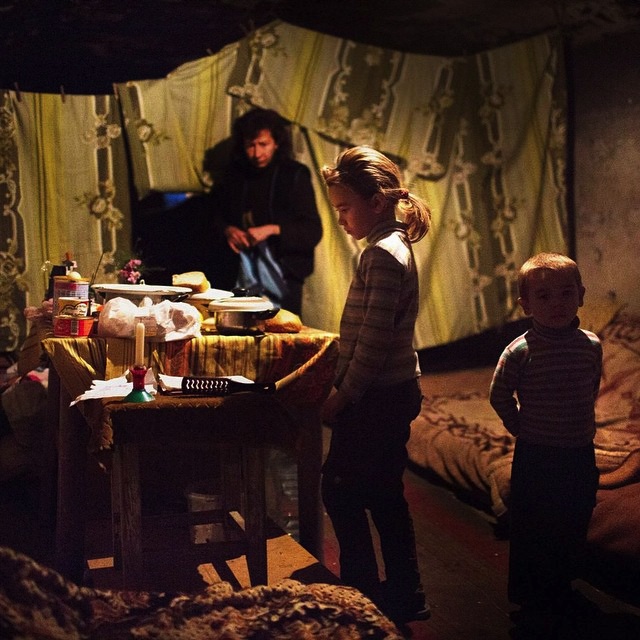 These refuges are “unsanitary, crowded and freezing,” says UNICEF Representative Giovanna Barberis. But for the most vulnerable, the only alternative is the street or severely damaged homes.

Afraid for their children's safety, parents are hesitant to allow them outside to play. Instead, they watch as the kids “play war” in the cellars. “They build a construction and then shout ‘bomb!’ and destroy it,” says a mother from Lugansk.

Indeed, students in bunkered classrooms underground are taught how to differentiate various artillery by sound. 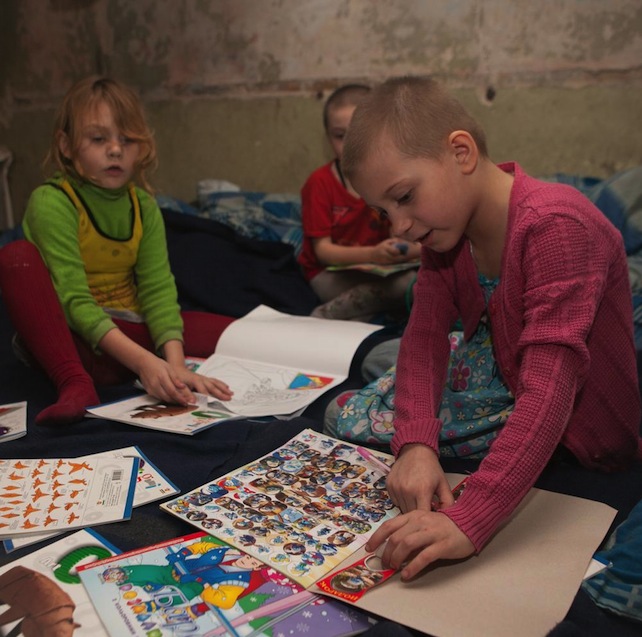 UNICEF is supplying many of these irregular classrooms with learning materials of a more child-friendly nature. And along with educational and recreational materials, UNICEF is distributing lifesaving supplies: drinking water, medicine and hygiene kits.

With a $20 million shortfall in funding, much-needed supplies are limited. Priority is given to orphans and children living with disabilities or with HIV.

But everyone is in need. In Kramatorsk, a mother of a 16-month-old worries that without diapers supplied by UNICEF, she could be expelled from the temporary refuge she has found in a rented apartment: “If we the damage the beds and carpets the landlord will throw us out.”

A ceasefire brokered two weeks ago in neighboring Minsk, Belarus has not resulted in any easing of the fighting or of the plight of the estimated 1.7 children affected by the ongoing fighting between government and rebel forces. Indeed, the agreement was followed by a surge in violence and displacement.

On a recent fact-finding mission to the region, UNICEF and its partners witnessed severe physical and psychosocial destruction in Debaltsevo and other communities impacted by recent fighting. 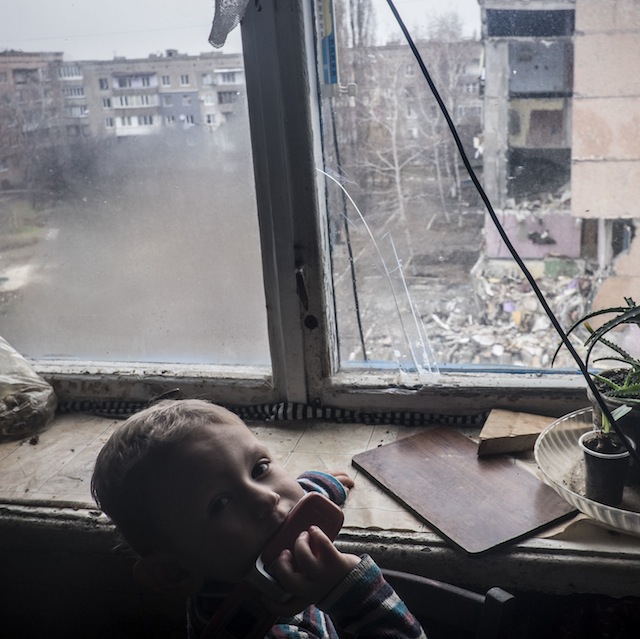 The view from young eyes far from Belarus is that, “Minsk must be very far. Because no one in Donetsk is following it.”