Child Migrants On the Run: Q&A with UNICEF El Salvador

UNICEF's Gordon Jonathan Lewis discusses the humanitarian situation at the U.S. border — and how UNICEF is working to make a better world for El Salvador's children.

We spoke with Gordon Jonathan Lewis, UNICEF El Salvador's Country Representative, about UNICEF's response to the surge in child migration. 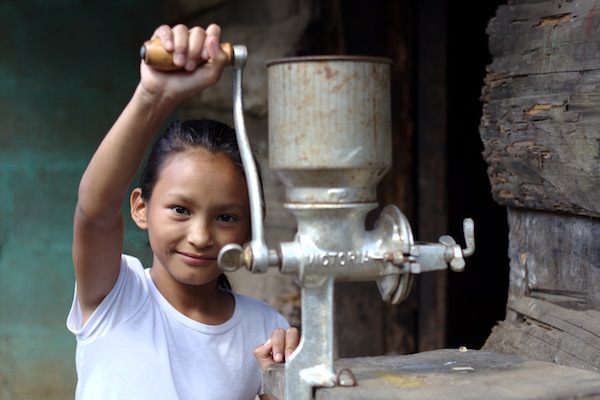 Q: Describe the situation for children in El Salvador.

LEWIS: El Salvador is one of the poorest countries in Central America, but it has advanced quite a bit over two decades. There are significantly fewer child deaths, significantly more children completing primary school, but many of these achievements are being eroded by long-term structural problems.

Q: What are the major structural problems?

LEWIS: Poverty, inequality and, certainly, violence. About 50% of all children live in poor households, and the majority do not receive any form of protection that could help them break the cycle of poverty. And El Salvador, because of its gangs, has historically had one of the highest homicide rates in Central America. About 6,300 children and adolescents have been victims of homicides between 2005 and 2013.

Q: These factors are helping to fuel the surge in migration. Are there others?

LEWIS: Yes, Family reunification. Salvadorans, after Mexicans and Puerto Ricans, form the largest Hispanic community in the U.S. And there’s also manipulation by the coyotes. They’re spreading this rumor that “the borders are open,” which obviously is not true and has contributed to the large number of children in U.S. detention centers.

Q: What is the journey like for unaccompanied children?

LEWIS: The coyotes often rely on drug-trafficking corridors, so children may be exposed to drug traffickers.  There’s the danger that children might be sold off for illegal human trafficking.  Girls, especially, can be victims of sexual abuse. Then, in northern Mexico and in the southern United States, children can be exposed to harsh climatic conditions.  It’s a very dangerous journey.  A lot of things can happen. 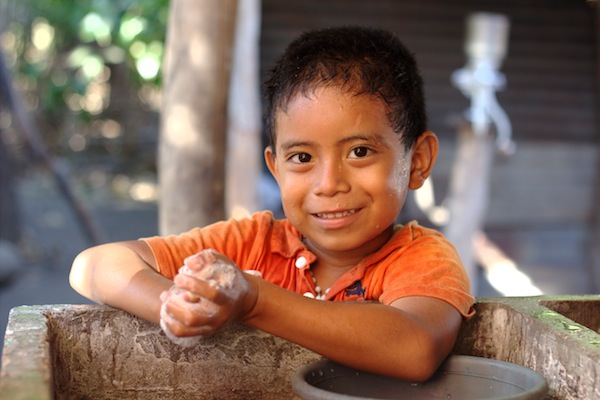 Q: Around 70 percent of El Salvador’s child migrants report being personally affected by violence — the highest in the region. Why is violence against children so prevalent in El Salvador?

LEWIS: Communities, schools and families have become so influenced by organized forms of violence that it’s almost impossible to find a child in this country who has not been a victim of, or witness to, violence in its different forms.

Q: What is UNICEF doing to protect children who return?

LEWIS: We’re trying to strengthen El Salvador’s ability to receive the children who are deported almost on a weekly basis from Mexico and Guatemala, and eventually the children who will be returning from the U.S., to make sure that the best interest of the child is kept in mind.  We want to make sure there is sufficient capacity in reception centers, that support is provided at the conclusion of a long and very traumatic journey and that family reintegration is occurring.

It's almost impossible to find a child in this country who has not been a victim of, or witness to, violence.

These children must not fall through the cracks once they’ve reached their families and communities.

Q: How is UNICEF trying to improve the situation for El Salvador's children in the longer term?

LEWIS: Tackling the root causes. The best vaccine for violence against children and children entering criminal activity is ensuring that all kids get to school, stay in school and finish school. Our focus is on children who come from very poor, violence-affected communities and never made it into school.

We also work on family resiliency. Because of high rates of migration and high levels of violence, almost 1 million children live without the presence of a father, a mother or both. Early childhood development, giving children life and developmental skills from the very onset, is so important.

Finally, there’s violence prevention. UNICEF and its partners work directly in schools to make them safer places. We’re also trying to put public spaces back into the service of communities for sports and recreation. The more that you recapture these public spaces, the less gang members can use them.

We do think that focusing on children as the hope for tomorrow is really the way to go.

Q: Who does UNICEF work with to implement these programs? 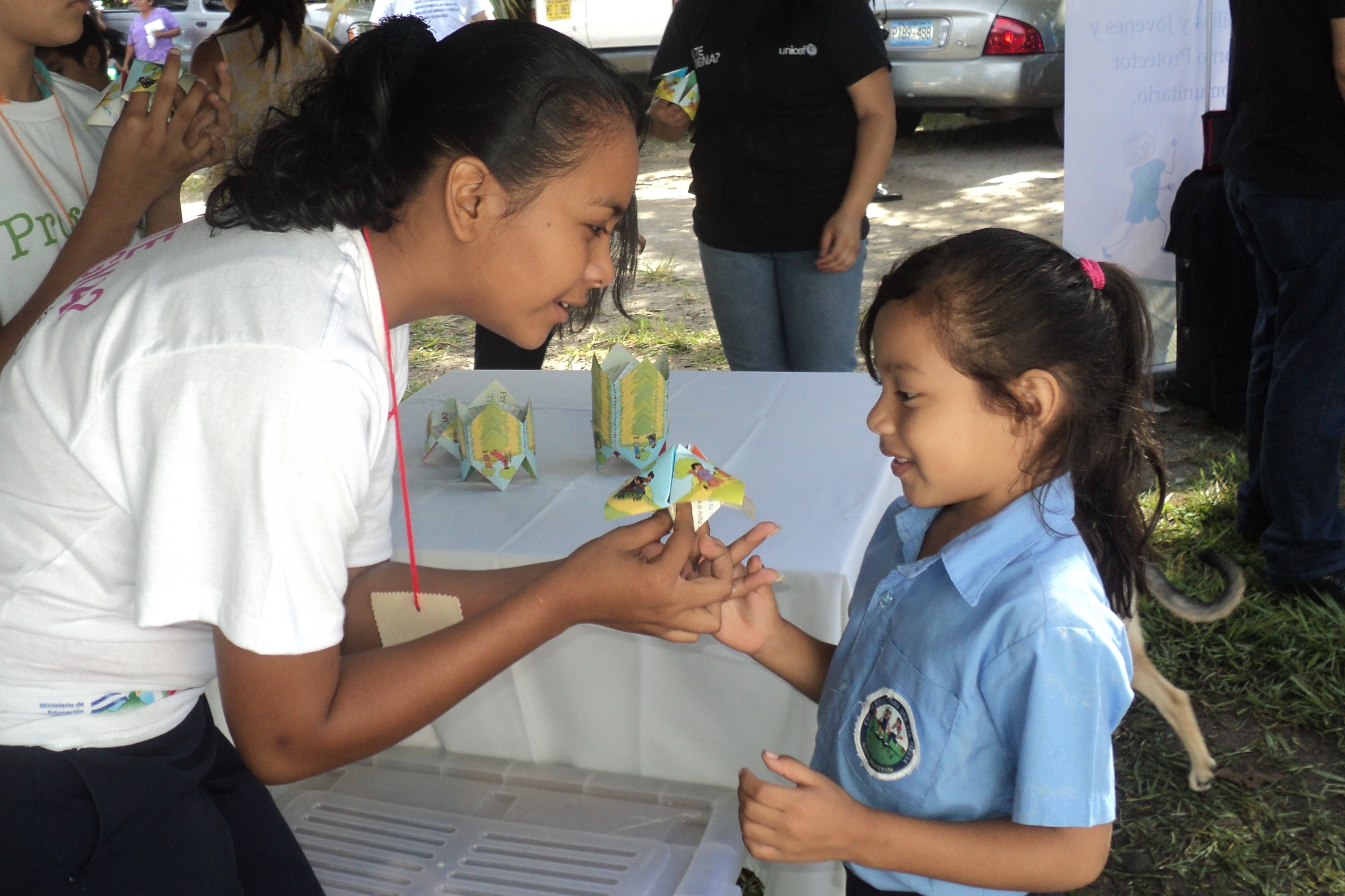 Q: What are UNICEF's greatest assets in El Salvador?

LEWIS: Our people, our staff, our program managers, our technical experts. People in El Salvador know that UNICEF is transparent, and they have a lot of trust in us--that we know what needs to be done, that we roll up our sleeves and that we put on our boots in order to be on the ground side-by-side, working together them.

LEWIS: Resources.  El Salvador and Central America have been very hard hit by the international financial crisis, but donors may look at other countries as top priorities.

We undertake a lot of advocacy to let people know that just because El Salvador and other Central American countries might be of middle-income status, it does not mean that their problems are resolved. There are a lot of priorities out there, but we do think that focusing on children as the hope for tomorrow is really the way to go. 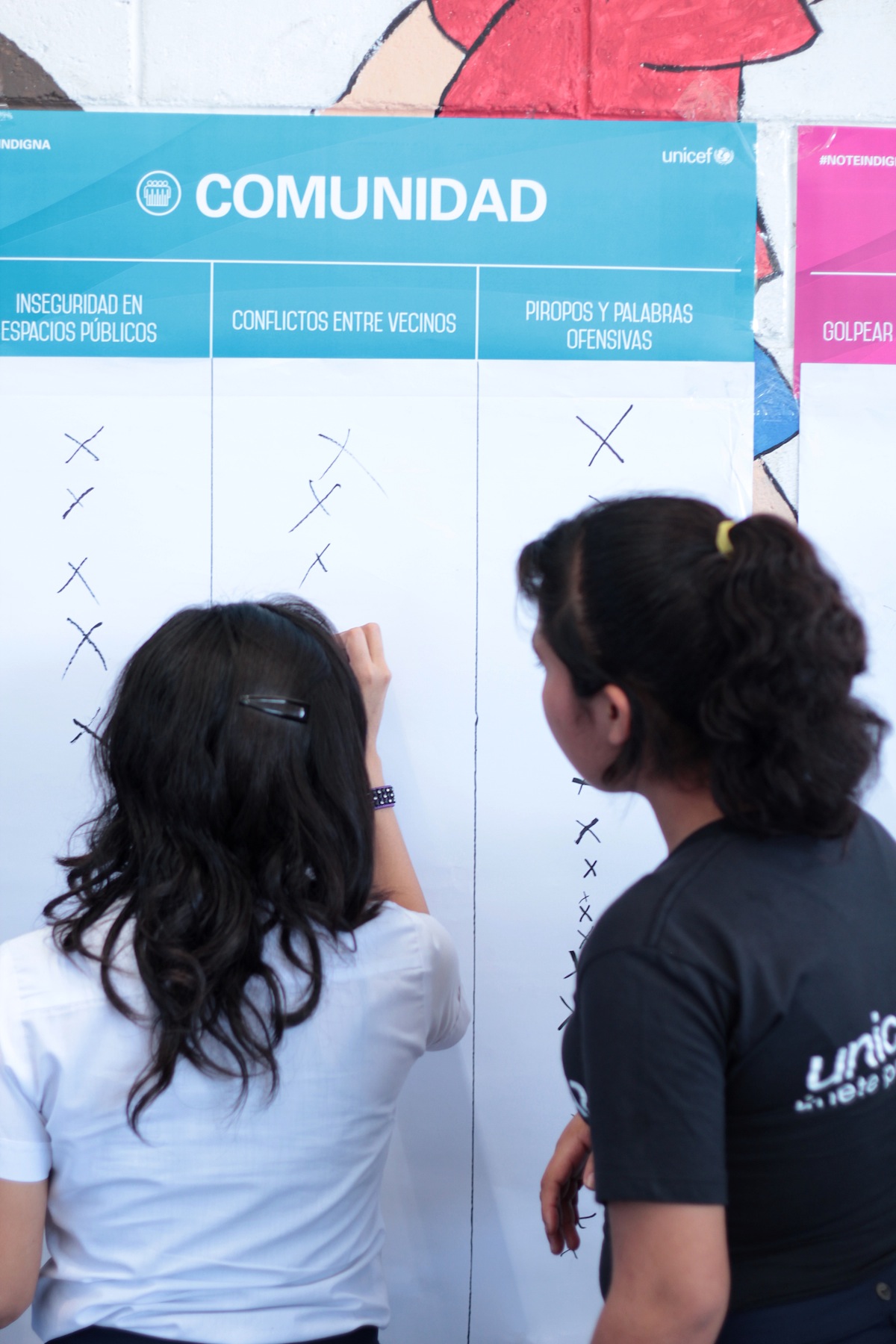 UNICEF El Salvador's ¿No te indigna? (Doesn't it outrage you?) initiative aims to reduce the level of violence affecting the country's children and adolescents.        All photos © UNICEF El Salvador

Read on: Unaccompanied Migrants — Q&A with UNICEF Honduras
Hector Espinal, UNICEF Communication Specialist in Honduras, explains how UNICEF is responding to the needs of children on the run and how UNICEF is working to address the root causes of child migration inside the country.
Read the Full Story