As UNICEF continues to expand emergency operations in Ukraine and in neighboring countries, children and young people across the U.S. are stepping up to host community fundraisers and awareness-raising events in support of children and families caught in a brutal war.

As the war in Ukraine unfolds, young people of all ages across the U.S. are raising funds and awareness to support UNICEF's emergency work to help Ukraine's children and families.

Selling homemade bracelets, second-graders in Illinois have raised over $20,000 for the children of Ukraine

It makes me sad to hear that some kids have to leave their homes and that their country is being destroyed. — Maddie, second-grade student and member of the Giving Girls 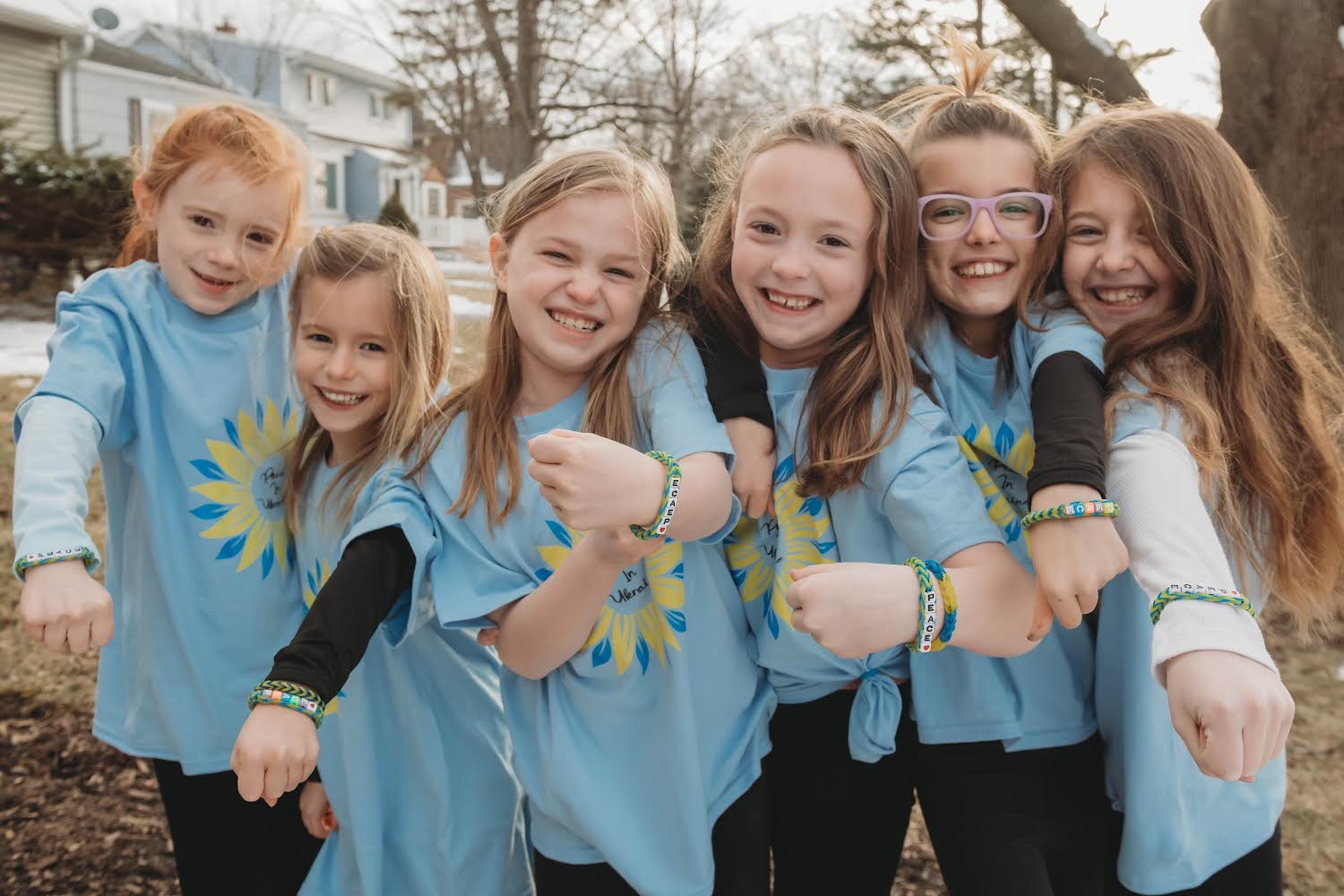 The Giving Girls, second-graders in Clarendon Hills, Illinois, show off some of the bracelets they made to raise money in support of UNICEF's emergency aid to the children of Ukraine. © photo courtesy of cuteasabuttonphotography

A group of second-grade students in Clarendon Hills, Illinois, are putting their artistic talents to good use and making "Peace" bracelets to raise money for the children of Ukraine. The Giving Girls, as they call themselves, set an initial goal of raising $150 for UNICEF. To date, they have made more than 400 bracelets and raised over $20,000. In addition to their immediate goal of raising money to support UNICEF's work for children in Ukraine, the Giving Girls are hoping their success will motivate other kids to make a difference as well. 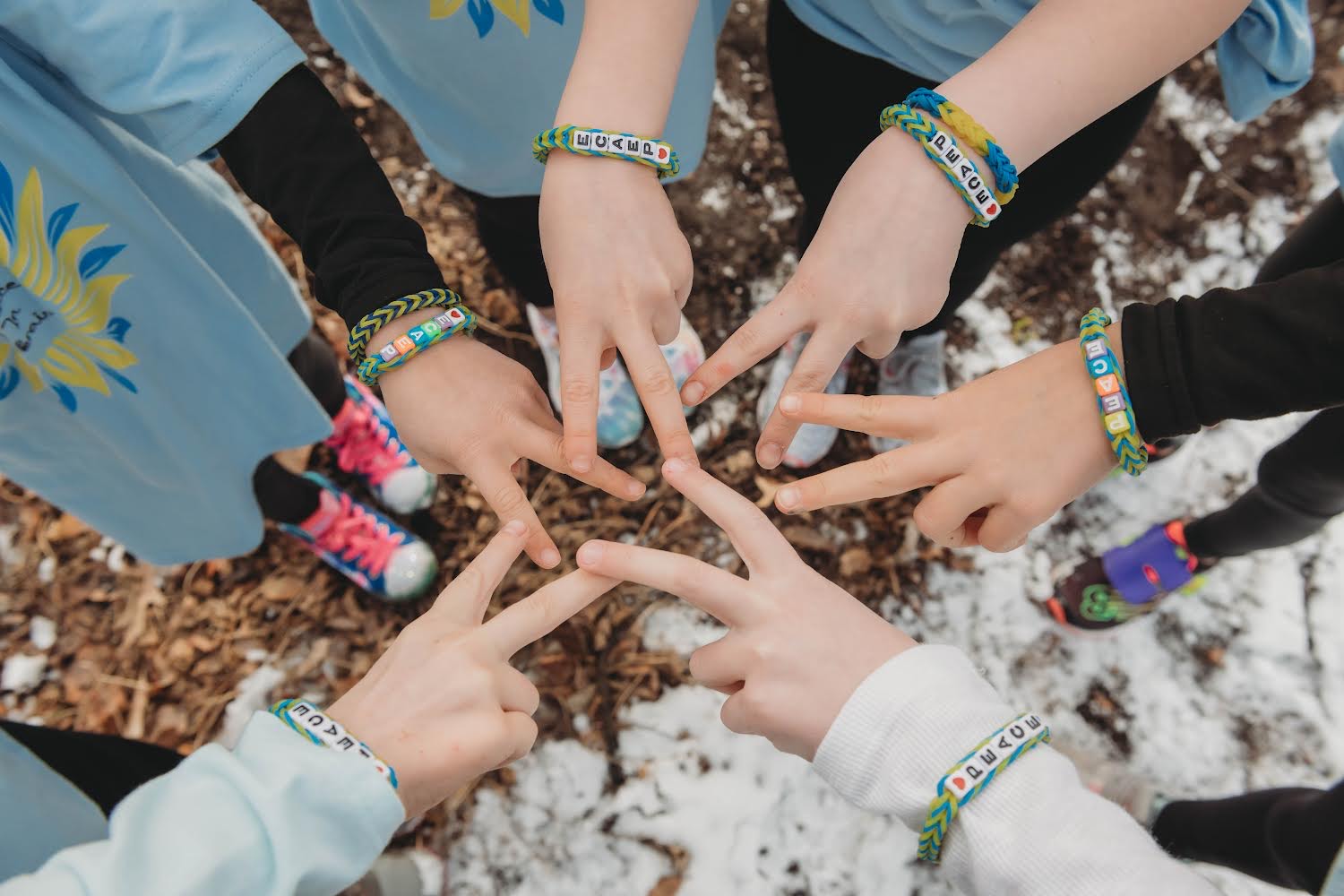 The Giving Girls show off some of their homemade bracelets in Clarendon Hills, Illinois. © photo courtesy of cuteasabuttonphotography

Our school has been incredibly interactive with this fundraiser, and everyone is truly exhibiting an amazing amount of support. We all want to aid Ukraine ... and we are so thankful for the way our community has come together. — Olivia D., LCHS UNICEF Club President 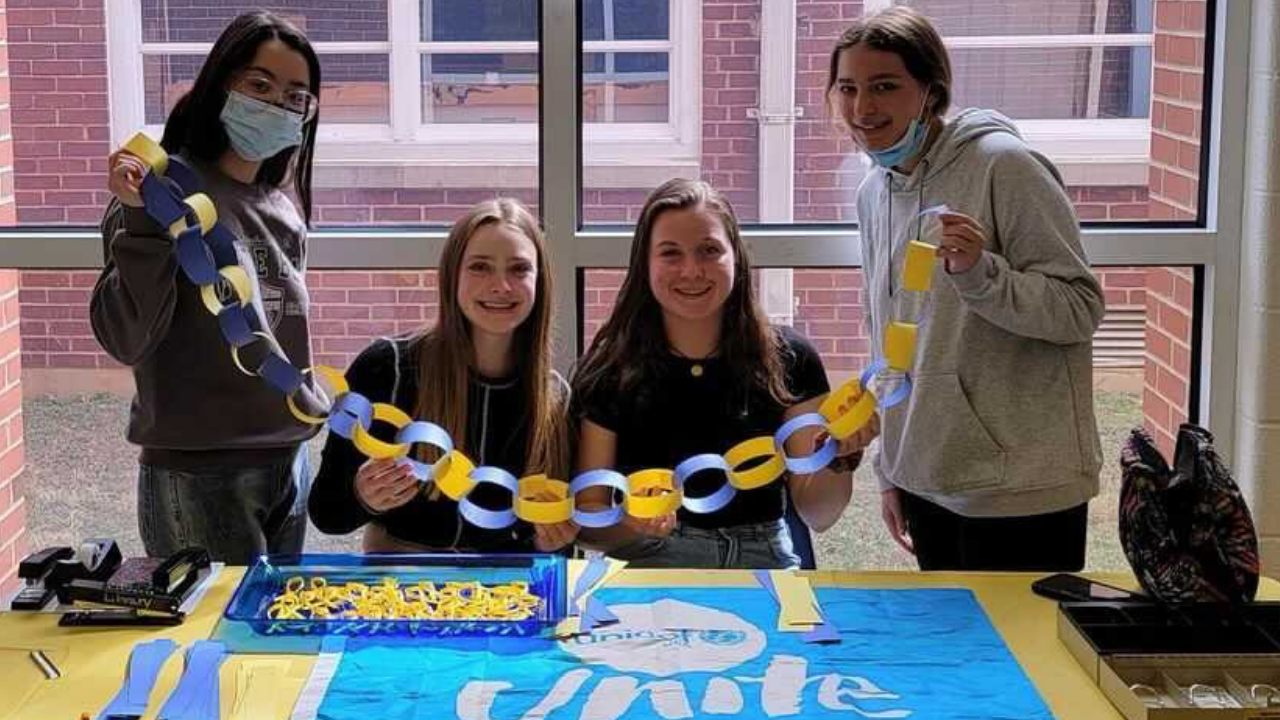 In Leesburg, Virginia, the Loudon County High School UNICEF Club recently hosted a Stand With Ukraine fundraiser in collaboration with other student clubs on campus. During their lunch break, club members sold ribbons and slips of paper on which their classmates could write messages of hope. They turned these messages into a giant paper chain that now hangs above the library entrance. Every student, teacher and staff member who walks into the library to study or check out a book is reminded of the many children in Ukraine whose educations have been interrupted and who no longer have access to books because of the war. The project has brought the community closer together, said Club President Olivia D. "Our school has been incredibly interactive with this fundraiser, and everyone, students and teachers, is truly exhibiting an amazing amount of support. We all want to aid Ukraine as much as we can, so we are thankful for the way our community has come together."

We thought that students might not know where to start or how to approach helping, so we decided to host this flower fundraiser to give them a chance to help. — Shaunelle Rivers, President of the UNICEF Club at Penn State 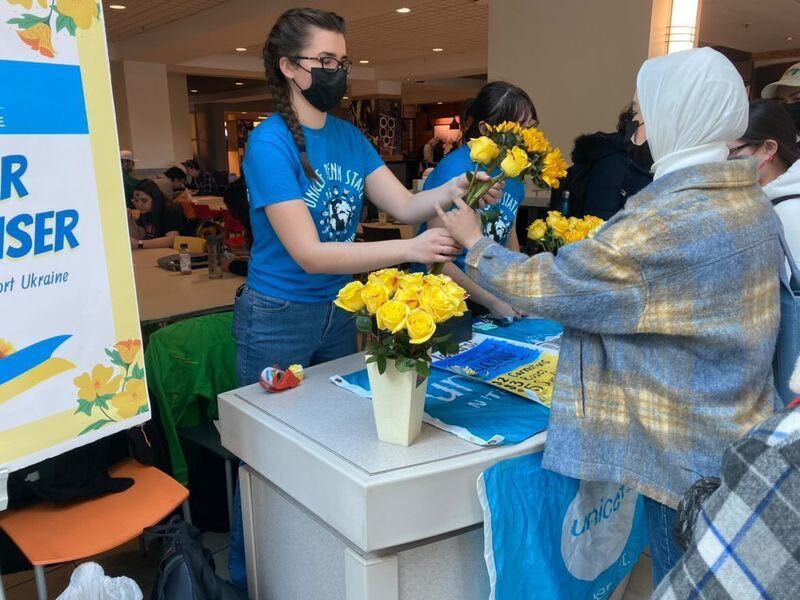 The UNICEF Club at Penn State recently hosted a flower fundraiser on campus. Students and other school community members could purchase Ukraine's national flower — the sunflower — or bouquets of assorted yellow flowers. All money raised was donated to support UNICEF's emergency response in Ukraine. Asked why club members decided to host this fundraiser, Club President Shaunelle Rivers said, "We thought that students might not know where to start or how to approach helping, so we decided to host this flower fundraiser to give them a chance to help." 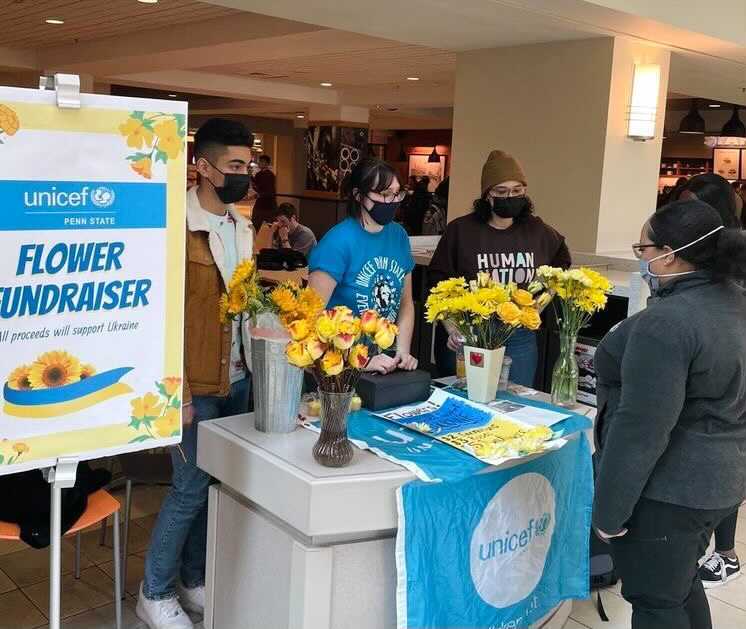 The fundraiser, which was also an educational opportunity for students to learn more about life in Ukraine and the war's impact on children, raised a total of $1,145.

Ready to take action to support UNICEF's response to the war in Ukraine?

The best way to support UNICEF’s efforts in Ukraine is through donating or fundraising. Your financial support will help UNICEF reach children in need in Ukraine and children who have fled Ukraine in recent weeks and are now living as refugees in neighboring countries. Examples of the response are detailed below:

Take a look at UNICEF USA's Help During Emergencies one-pager for guidance. Once you’re ready, register your fundraiser by filling out the Fundraiser & Event form.

While UNICEF USA accepts donations, we are not collecting supplies or other non-cash goods at the moment.  Providing monetary donations is the best and fastest way to help UNICEF provide assistance to children in Ukraine. Unfortunately, gifts or items have to be screened, sorted, stored, transported and delivered making it inefficient for us to collect these items in terms of time and money.  For this reason, we are accepting monetary donations to help with the evolving response to the war in Ukraine.

Educate yourself and your community on the evolving conflict. Keep up-to-date on UNICEF’s emergency response, statements and news by bookmarking UNICEF USA's Ukraine page and checking out the resources below:

Top image: In Clarendon Hills, Illinois, the Giving Girls, a group of second-graders, show off some of the homemade bracelets they made to raise money to support UNICEF's work to help children caught up in the war in Ukraine. © cuteasabuttonphotography