They were seven young friends, telling stories about growing up. One of them mentioned female genital mutilation (FGM), outlawed since 2010 in Uganda, where the girls lived, but still practiced in some parts of the country. "We decided it is normal for a girl to be cut, so we also wanted it," said 11-year-old Angela* (her name has been changed to protect her anonymity). So the girls bought razor blades and made a plan to run away to Kenya.

"There was an old woman [in Kenya] who had overheard us discussing our plan to get cut. She said she could do it and promised to take us to her garden," Angela recalls. "When you don't know otherwise, you just adopt the traditions."

FGM is a form of gender-based violence and an internationally recognized human rights violation. Where the cruel and painful practice is most prevalent, societies often see it as a rite of passage for girls. FGM is not endorsed by Islam or Christianity, but religious narratives are commonly invoked to justify it.

Every year, over 4 million girls are at risk of undergoing the brutal practice. Most girls are subjected to it before the age of 15. FGM has been performed on an estimated 200 million girls and women in 31 countries across three continents.

More than half of all girls and women who have been forced to undergo FGM live in Egypt, Ethiopia and Indonesia. FGM has been against the law in Egypt since 2008, but the inhumane practice persists. On February 2, 2021, Reuters reported that a father and a nurse were arrested in Cairo for carrying out FGM on the man's 15-year-old daughter, who was brought to a hospital bleeding profusely. In January, Egypt's cabinet approved a draft law hiking the maximum sentence for FGM from 7 to 20 years, in a bid to stamp out the practice.

Some diaspora communities perpetuate the practice: The U.S. Centers for Disease Control and Prevention estimates more than half a million girls and women in the United States have undergone or are at risk of FGM. An alarming trend is the medicalization of FGM: an estimated one in four survivors subjected to the practice — some 52 million women and girls worldwide — were mutilated by health personnel.

Angela* and her friends were lucky. Kenya banned FGM in 2011, and authorities there work closely with Ugandan law enforcement to prevent the practice. The old woman who told them to come to her garden in Kenya called the local police, who arrested the girls and arranged for them to be sent to the Kalas Primary School in Uganda's Amudat District, a safe space for girls rescued from FGM and early marriage. In 2020, 25 girls were rescued and brought to the school.

UNICEF-supported counselors from the district probation office "gave us advice," says Angela. "Only then did we realize that we were doing something harmful. We were given examples of other girls who had gone through the same practice.... Now that we are in school, we know there is another way." 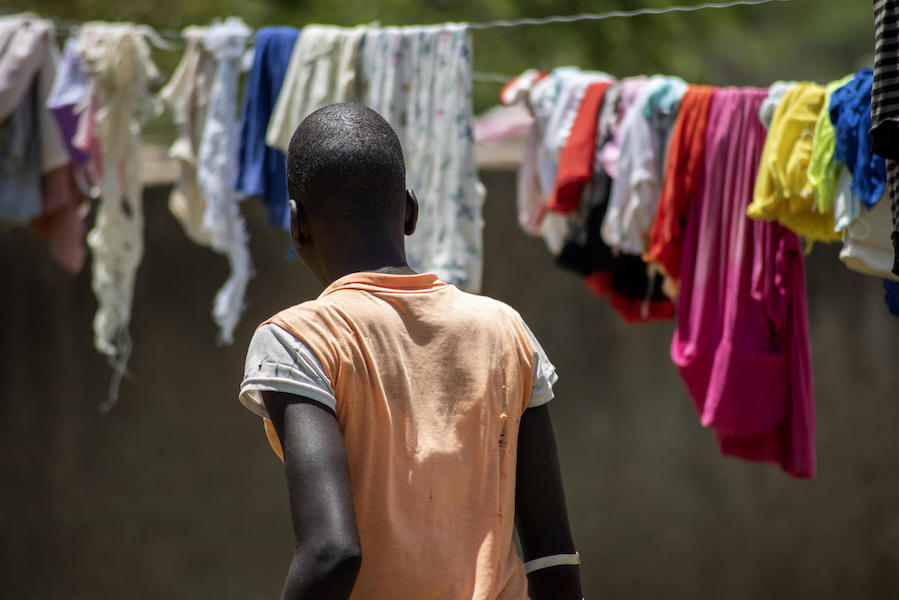 As COVID-19 shutters schools and disrupts programs that help protect girls from FGM, 2 million additional cases may occur over the next decade. "We must act now to stop this from happening," UNICEF Executive Director Henrietta Fore and UNFPA Executive Director Dr. Natalia Kanem said in a statement calling for funding and a coordinated response to end FGM once and for all.

UNICEF works with policy makers, grass-roots organizations, women's rights groups, teachers, health workers, religious leaders and local elders to protect girls and women from FGM. "Even in countries where FGM is already declining, progress needs to increase ten-fold to meet the global target of elimination by 2030. This will require $2.4 billion over the next decade, which breaks down to less than $100 per girl," Fore and Kanem said. "This is a very small price to pay for preserving a girl’s bodily integrity, her health and her right to say “no” to violation."

Your generous contribution will help support UNICEF's programs to give every girl the chance to grow up healthy and reach her full potential. Please donate.

Top photo: An 8-year-old girl — the youngest ever rescued by Kenyan and Ugandan police from female genital mutilation (FGM) — stands in a doorway at Kalas Girls Primary School in Uganda's Amudat District. UNICEF and partners provide support and counseling for girls who take refuge at the school after escaping FGM or child marriage. UNICEF works with governments, civil society groups, teachers, health workers, religious leaders and local elders to end the cruel practice of FGM around the world.  © Photos by Henry Bongyereirwe for UNICEF