After Losing a Daughter to FGM, a Mother in Djibouti Renews Her Fight

Miriam Kako has seen the horrors of female genital mutilation. Now, she's working with UNICEF and partners to end the cruel and abusive practice.

Djibouti, Djibouti — Mariam Kako was just 5 years old when she was subjected to female genital mutilation (FGM). "I can remember everything, every little detail about that day, those moments," she says. "It's all still in my head: where it happened, who held me down, the balcony above me. And how it was all masked by a party with gifts and music."

Kako's clitoris and inner and outer labia were removed with a razor blade, and then the two sides were stitched tightly closed. This is the most common of the three types of FGM praticed in Djibouti, known as the pharoanic type.

I could see the regret in my mother's eyes. But it was too late.

Although the violent practice has been illegal in Djibouti since the 1980s, it was — and still is — a tradition of a majority of the ethnic groups in the country. The Afar, for example, practice FGM in the weeks after birth, and the Somalis mostly just before puberty, up to 15 years old.

The movement to abandon FGM started in the 1980s, and has slowly but steadily gathered momentum. Kako is now part of that movement. 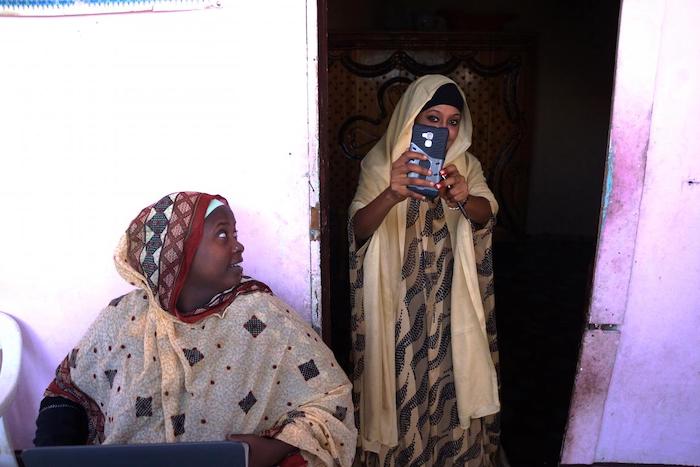 Mariam Kako, left, a UNICEF-trained volunteer in Djibouti who works with women like Aicha to change attitudes and behaviors surrounding the brutal practice of FGM. © UNICEF Djibouti/2018

In 2005, Kako joined a community empowerment program, where she learned about women's rights, democracy, health, environmental science, child protection and project management. She also learned about the dangers of FGM, and joined a movement to end the practice in her country.

When Kako married her now-husband, Ali, and gave birth to a baby girl, she knew that she did not want her daughter to undergo FGM.

"My baby girl was perfect. And I looked at my mother, and I said she was not allowed to cut her. The tradition ends here."

But Kako's mother was a staunch traditionalist. A week after giving birth, Kako left the house to collect her training graduation certificate. Her mother saw the opportunity and called a traditional FGM practitioner from the neighborhood. When Kako and her husband returned, their newborn baby was bleeding and screaming.

"My baby girl was perfect. And I looked at my mother, and I said she was not allowed to cut her. The tradition ends here."

Over the next 40 days, Kako's baby daughter continued to bleed. At 6 months, she had dropped below her birth weight. Infection was shutting down her little body.

"I was ashamed and I was scared. How could I have let this happen to my daughter, after I had promised she would be saved?" says Kako. "If I went to the doctor, it would be like an admission of guilt, unless I told the truth and denounced my mother and my husband — which I could not do. I was paralyzed. I could only answer the doctor's questions with monosyllables."

At 6 months, Kako's daughter succumbed to the infection and died.

"I could see the regret in my mother's eyes. But it was too late." 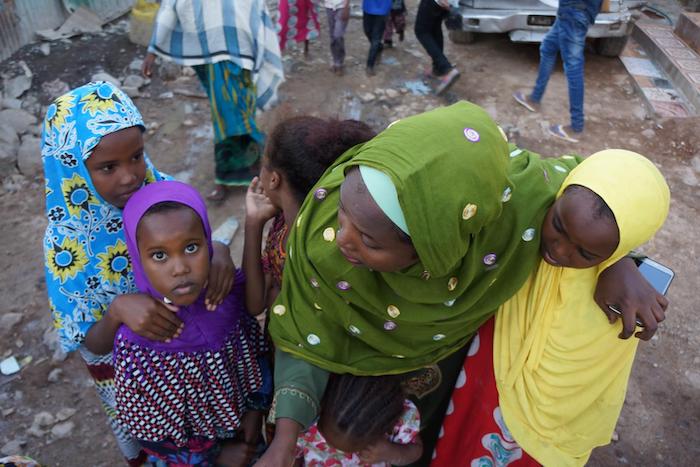 Mariam Kako, center, is working to protect the next generation of girls in Djibouti from the abusive practice of FGM. © UNICEF Djibouti/2018

All girls and women have the right to whole and complete bodies. UNICEF and partners are fighting to end FGM.

Intensifying efforts to abandon FGM is part of a government strategy, together with UNFPA and UNICEF, that starts with educating the population. The organizations hold workshops throughout the country encouraging people to talk about FGM and refuting its connecting with religion.

Kako's training was developed by Tostan, an NGO with decades of experience leading similar programs in Senegal. It works at many levels to end FGM — from community dialogues and care services for girls to policy making and political commitment. UNICEF worked in partnership with Tostan, UNFPA and the Government to bring the program to Djibouti.

"For many young people," says Fathia Omar Hassan, UNICEF Child Protection Officer, "this is the first time they may have spoken openly about the complications they have during their menstruation, for example, or that FGM is not a part of Islam."

I cannot bring my baby girl back, but I can keep it from happening to others.

Hassan says the biggest challenge is dissociating the practice of FGM from religion, and moving it to the category of a choice. "Once people have the choice, and can weigh it against the health risks, [rejecting FGM] starts to make sense to them. And through this, the idea that children, girl children, women, have the right to whole and complete bodies."

The latest data from UNICEF and UNFPA indicate that FGM is still prevalent in Djibouti: Girls and women between the ages of 15 to 49 in 93 percent of households have undergone the practice. While there is still a significant amount of work to be done, young women like Kako represent a promising shift in group belief and behavior.

"I cannot bring my baby girl back, but I can keep it from happening to others," says Kako. "I think now we can use the knowledge gained and stop these harmful traditions."

Your generous donation will help UNICEF eliminate FGM and protect the rights and futures of girls around the world.

Top photo: In February 2018, young girls stand outside their traditional stone home in the village of Assamo, Djibouti. UNICEF and partners have set up a community management committee in Assamo to inform families on issues related to child protection and female genital mutilation. © UNICEF/UN0199222/Noorani