UNICEF is supporting the emergency response and assessing the damage inflicted on a nation still struggling to recover from Cyclone Idai's devastation.

Six weeks after Cyclone Idai inflicted catastrophic damage upon central Mozambique, the weary nation has been hit by another major storm: Cyclone Kenneth.

Kenneth made landfall Thursday evening in the Comoros islands before striking Mozambique’s northern province of Cabo Delgado as a Category 4 storm with winds of 140 miles per hour. The slow-moving system could continue to dump rain for days, raising fears of deadly flooding and landslides. At least nine deaths have been reported.

Rescue teams are wading through knee-deep waters to evacuate residents in Pemba, the capital of Cabo Delgado Province, and other communities in the north.  Authorities report the destruction of 90 percent of the houses — most made of mud — in some areas. So far, the storm has displaced 163,000 people.

#CycloneKenneth updates: Due to the severe rain in Pemba, some areas started to flood. pic.twitter.com/2I2IAKmdc9

Kenneth follows on the heels of Cyclone Idai, which claimed 750 lives across southern Africa, unleashed a cholera epidemic and destroyed the crops that farmers and their families were depending upon for income and food in the coming year. Idai caused an estimated $1 billion in damages, about 10 percent of Mozambique's GDP. 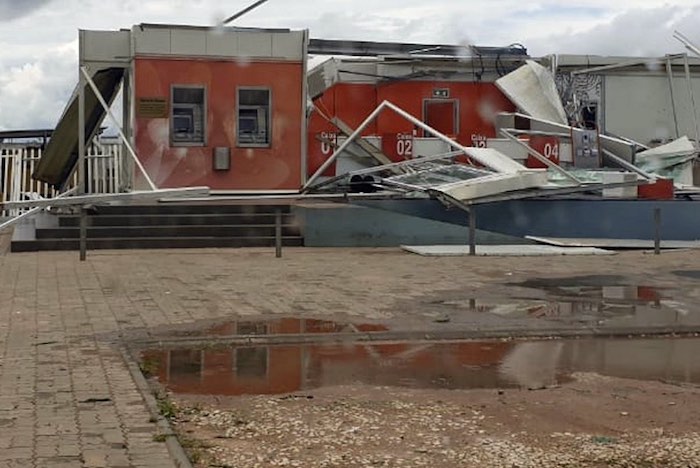 This is the first time in recorded history that two cyclones have hit Mozambique in one season. Above, a destroyed building damaged by Cyclone Kenneth's 140 mph winds. © UNICEF via AP/Neidi de Carvalho

"Cabo Delgado has no history of cyclones and we are deeply worried that communities in the area would not have been prepared for the scale of the storm, putting children and families in a very precarious position," said Michel Le Pechoux, UNICEF Deputy Representative in Mozambique.

The soil is saturated with rain and the rivers are swollen, so the emergency is likely to get worse from flooding in the next few days. We're doing everything we can to get teams and supplies on the ground to keep people safe. — Michel Le Pichoux, UNICEF Deputy Representative in Mozambique

"The soil is saturated with rain and the rivers are already swollen, so the emergency is likely to get worse from flooding in the next few days. We're doing everything we can to get teams and supplies on the ground to keep people safe." On April 28, 2019, a boy wades through flood waters during heavy rains in the Shibaburi area of Pemba, Mozambique. © UNICEF/UN0306054/De Wet

Devastation caused by cyclones Idai and Kenneth could potentially bring the cumulative number of children in need of humanitarian assistance to nearly 1.4 million in affected areas across northern and central Mozambique.

UNICEF is working with the Mozambique government and other partners to assist families and children: 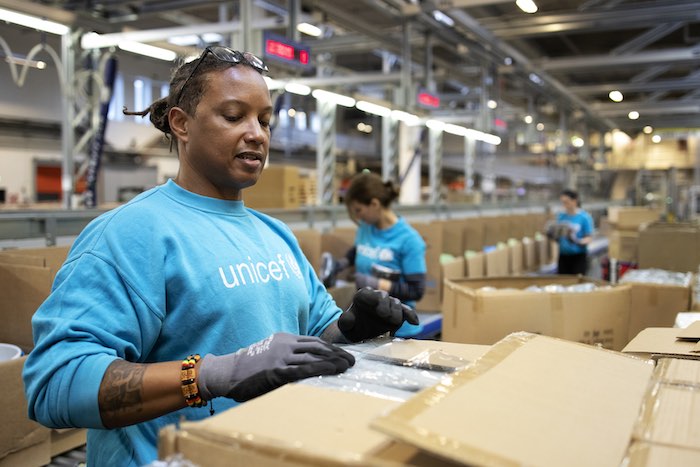 UNICEF has sent emergency medical, water, sanitation and hygiene supplies to Cabo Delgado to help families and children impacted by Cyclone Kenneth. Often first on the ground when disaster strikes, UNICEF and its Supply Division teams can send lifesaving supplies and technical specialists anywhere in the world within 72 hours. © UNICEF/UN0297757/Nabrdalik VII

Top photo: On April 28, 2019, Brazilian military firefighters rescue children in the Shibahuri area of Pemba, Mozambique after heavy rains poured down in the wake of Cyclone Kenneth. © UNICEF/UN0306047/De Wet