UNICEF Supplies Are On the Ground in Mozambique

43 tons of emergency supplies. That’s how much lifesaving relief UNICEF has packed up and shipped out to help families in Beira, Mozambique, who’ve lost everything to Cyclone Idai.

Speaking to RTÉ News last week, Daniel Timme, spokesman for UNICEF Mozambique, estimated that about 600,000 people could be affected, among them 260,000 children. That number has tripled since then: Estimates now point toward 1.8 million people impacted, roughly 900,000 of them children.

Though UNICEF saw one of its own warehouses damaged in the storm, families are now being reached with medical care, nutrition and water and sanitation supplies. "The first big challenge is access," said Timme. "The most affected area had been cut off for several days, and only recently the airport was opened again — we cannot reach Beira and the surrounding heavily flooded districts, because the roads are blocked."

The cyclone, which made landfall in Mozambique’s Sofala region last Thursday, pounded the area with heavy rain and 106-mph winds. Beira’s 500,000 residents lost power in the storm, which Timme said was more powerful than any the region had experienced in a long time. The toll on children is devastating. Here, Manuel Jose and his brother, Francisco, stand next to the rubble that used to be their house, which was completely destroyed when Idai made landfall. © UNICEF/UN0291165/de Wet AFP-Services 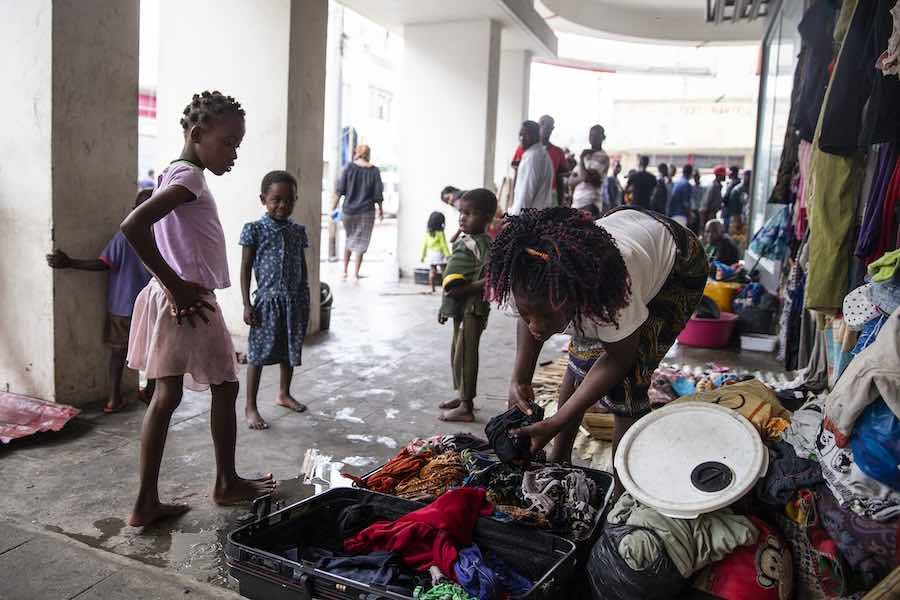 In Beira, families who've lost their homes, and can't get into the informal settlements that have cropped up, are now living out of suitcases on the streets. © UNICEF/UN0290281/de Wet AFP-Services 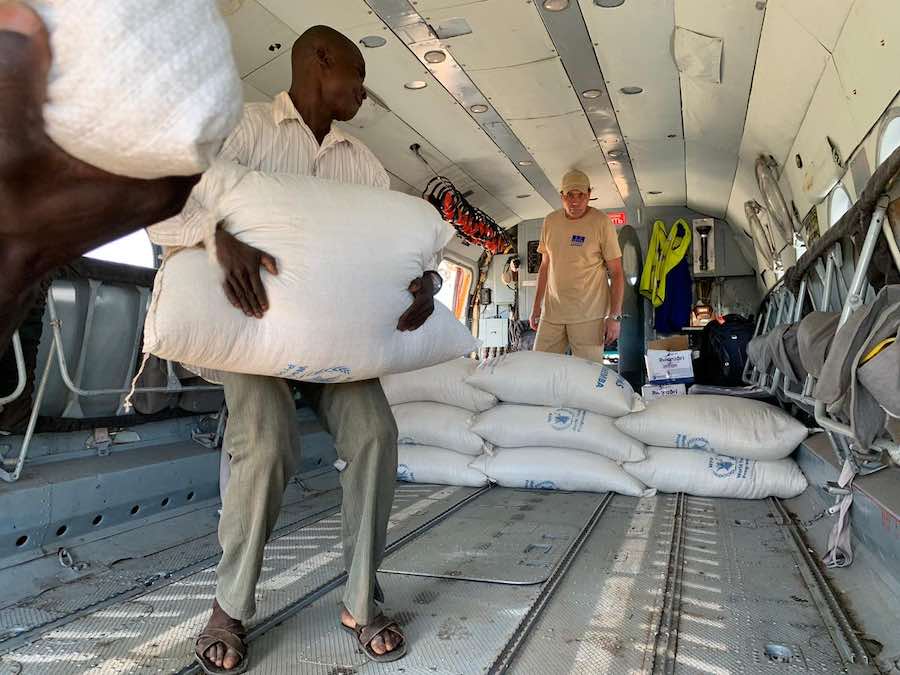 Drawing on a 70-year history of being in the right place at the right time, UNICEF and fellow United Nations partner the World Food Program have been moving supplies to help families and children in Beira. Yesterday sacks of food arrived for distribution to shell-shocked residents of the devastated city. In western Mozambique, families are receiving care from UNICEF mobile health care teams, who are treating children for diarrhea and respiratory infections. © WFP Mozambique 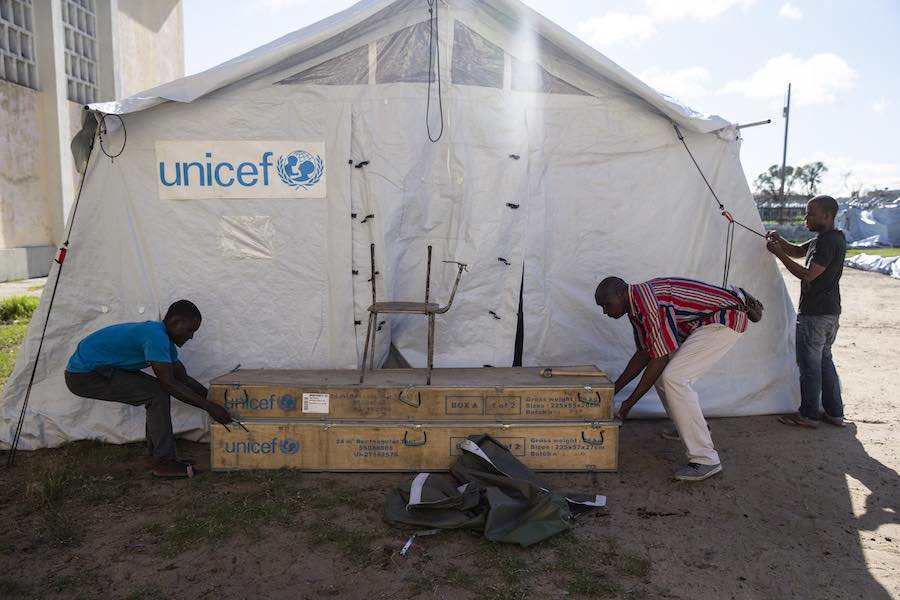 UNICEF has set up a staging area at the Samora Michel High School in Beira, which will serve as a distribution point for supplies bound for Beira residents who've lost everything. © UNICEF/UN0291172/de Wet AFP-Services 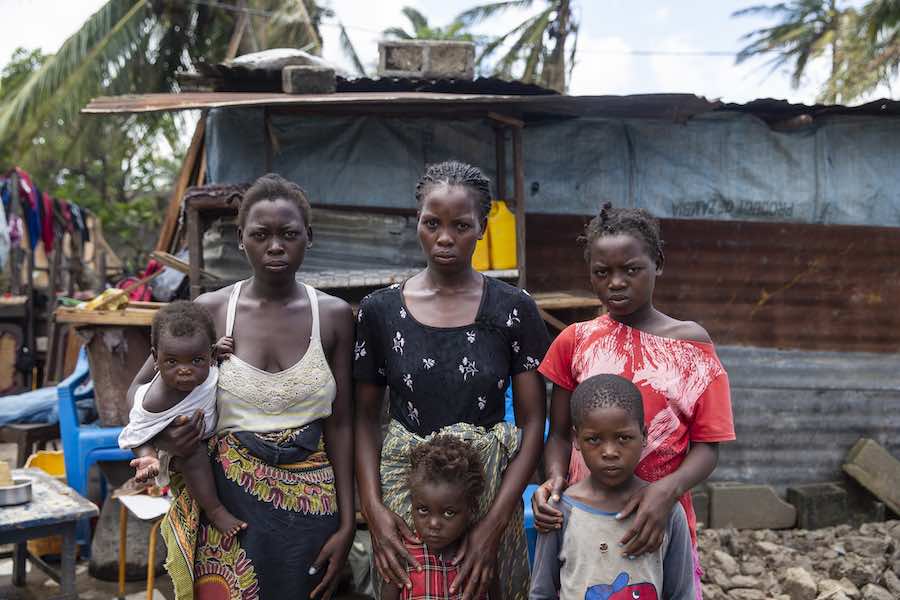 Anna Francesco (holding her daughter, far left) is the head of her family's household. Standing in front of their home, which was destroyed in the cyclone. Anna, 17, and her siblings have been living in a temporary shelter they built after the storm hit Beira. For families like theirs, the arrival of help and supplies will be a blessed relief. © UNICEF/UN0291170/de Wet AFP-Services

The full extent of the cyclone’s impact in Mozambique, Malawi and Zimbabwe isn't clear. What is certain, though, is that it is utterly devastating.