Following a cholera outbreak, UNICEF-supported health workers have vaccinated more than a million people in Mozambique and Zimbabwe.

Cyclone Idai made landfall in central Mozambique on March 14, 2019, displacing over 175,00 people and killing more than 1,000. As the powerful storm ripped through her hometown of Beira, Claudete Victoria, 26, fled with her three children. She said she never heard anything so cataclysmic in her life. "The winds were so strong, walking was difficult," she said. "Everything was blowing around. I never thought we would make it." 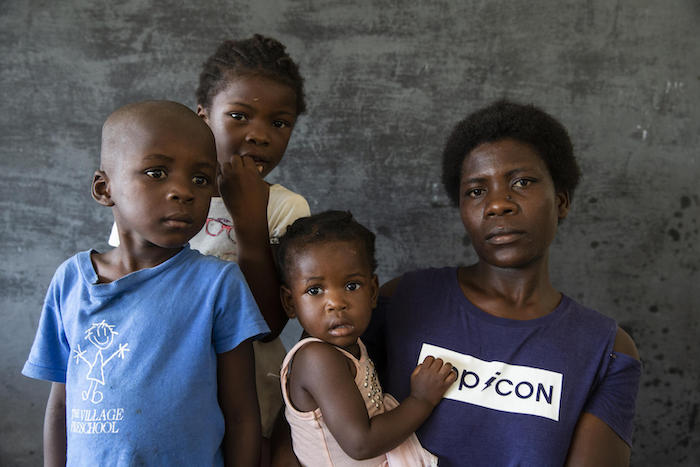 Claudete Victoria and her children ran for their lives when Cyclone Idai ripped through Beira, Mozambique on March 14, 2019. © UNICEF/UN0296404/DE WET

Zimbabe, Mozambique and Malawi are still reeling from the effects of flooding caused by Idai, which destroyed water distribution systems, pumping stations and boreholes. Damage to these water and sanitation systems has left residents highly susceptible to cholera, an infectious disease that's contracted from drinking water contaminated with fecal matter. Cholera causes severe vomiting and diarrhea, and can be fatal in a matter of hours. Children are highly susceptible.

Governments and partners are working to vaccinate children against cholera

After the Ministry of Health in Mozambique declared a cholera outbreak on March 27, the Government and partners quickly got to work, rolling out an emergency cholera vaccination campaign that reached over 800,000 people in four districts. These districts, made up mostly of temporary settlements, were targeted by the Ministry of Health because of their lack of access to safe water and sanitation.

Shortly thereafter, Zimbabe implemented an oral cholera vaccine campaign targeting the two districts hardest hit by Idai, vaccinating over 400,000 people. Zimbabwe had no reported cases of cholera, but officials implemented the campaign as a preventative measure, as the vaccine offers 85 percent protection against the disease for six months. 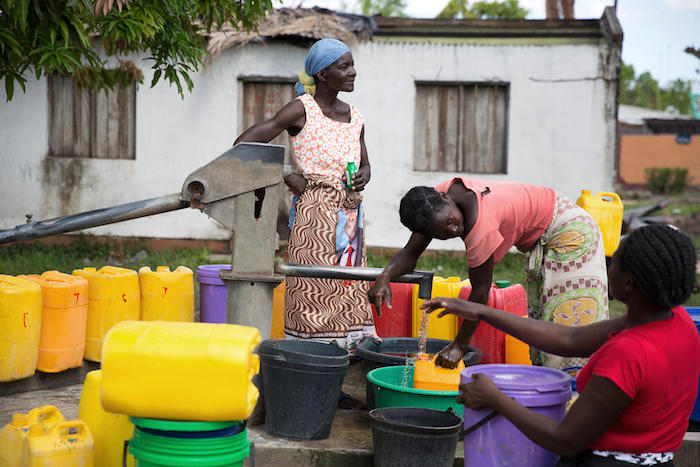 A woman puts drops of disinfectant into water to prevent cholera at a community water point in Dondo, Mozambique on April 14, 2019. © UNICEF/UN0305911/Oatway

"The procurement of vaccines is one of several approaches UNICEF and its partners are taking to curb the spread of cholera, along with re-establishing water treatment systems and distributing water purification products," said Michel Le Pechoux, UNICEF's Deputy Representative in Mozambique. "Humanitarian teams are acting quickly to raise awareness in communities about symptoms and prevention methods, including hygiene practices and the important need for the vaccinations, particularly in the current conditions which include stagnant water and overcrowding in temporary shelters."

Threatening efforts to rebuild water treatment systems is another devastating natural disaster. On April 25, Cyclone Kenneth slammed into northern Mozambique as a Category 4 storm with 140 mph winds, displacing at least 163,000 people and bringing fears of severe flooding and landslides. 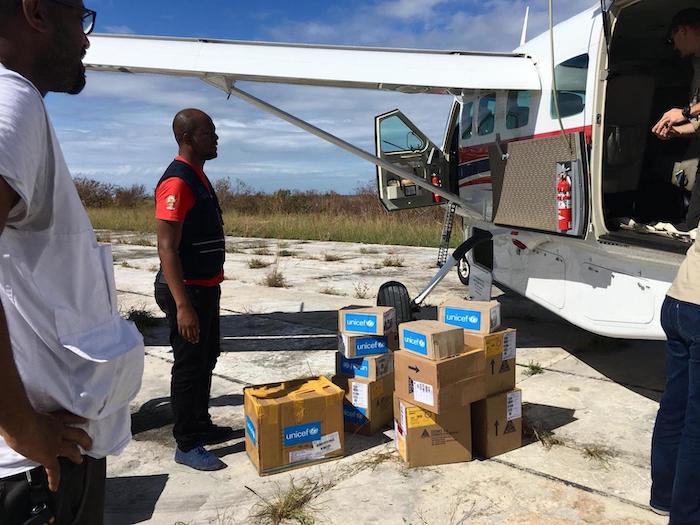 Children make up over half of those affected by Cyclone Idai in Mozambique, Zimbabwe and Malawi, with 1.5 millon children under the age of 18 in need of assistance. UNICEF and partners are working to vaccinate nearly 900,000 children against cholera and other infectious diseases and provide clean, safe water to 1.6 million people.

Top photo: On April 3, 2019 in Beira, Mozambique, a child receives vaccine for cholera as part of a UNICEF-supported immunization campaign in the wake of Cyclone Idai. © UNICEF/UN0295304/Oatway