Social collapse is pushing more and more young girls into child marriage in Yemen. UNICEF-supported programs help them get their lives back.

Amina* was only 16 when her father announced he had made a deal. She would be marrying a man twice her age in exchange for a small sum of money.  Forced to drop out of school at the age of 11, Amina dreamed of resuming her education, but her father's job as a driver barely supported their family of eight in a settlement on the outskirts of Aden, Yemen.

A man came and asked my father if he could marry me and he agreed immediately. I did not have any choice. My father rules the house. I was thrown into a life that I was completely clueless about.

"A man came and asked my father if he could marry me and he agreed immediately," Amina, now 18, recalls. "I did not have any choice. My father rules the house. I was thrown into a life that I was completely clueless about."

The marriage was a disaster — months of nightly violent assaults followed. Amina's mother remembers her daughter's despair.  "She suffered from psychological problems. She isolated herself from everyone and was bedridden for nearly three months," she says. "I feel a deep remorse for the pain we caused her."

Since Yemen's brutal civil war escalated in 2015, the country has edged closer and closer to social collapse. Rising inflation has pushed the price of basic necessities out of reach for most families. Violence has forced millions from their homes. Now the number of confirmed cases of COVID-19 in Yemen is growing, despite an overwhelming lack of testing capabilities and a barely functioning health care system.

With 80 percent of the population dependent on humanitarian assistance, struggling families in Yemen all too often turn to early marriage to feed their children and make ends meet. An older man offers a small amount of money to a father in exchange for his young daughter. The result is the abrupt end of childhood, a fundamental human rights violation. 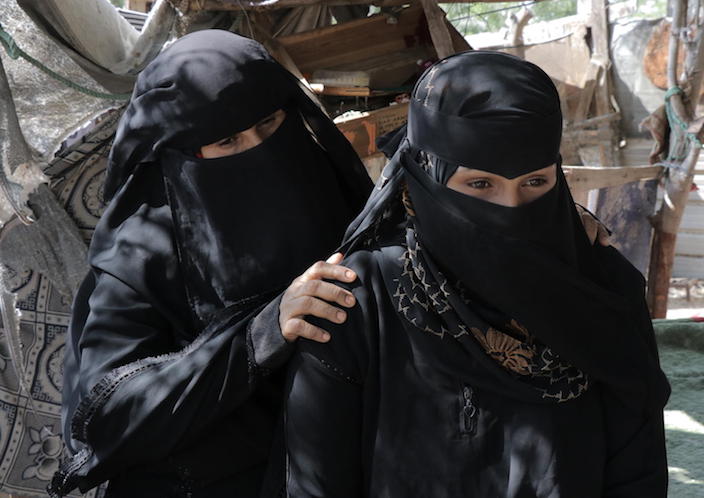 Married off to a much older man when she was only 16, Amina* (right) eventually escaped and returned home to her parents' house in a settlement near Aden, Yemen. A UNICEF-supported program helped her recover emotionally and learn the skills she needed to start a small business. "I feel a deep remorse for the pain we caused her," her mother says. © UNICEF/UNI337491/

Eventually, Amina returned to her parents' home, and her family was able to negotiate a divorce. A lifeline came when Amina was connected with a caseworker who provided psychological support to help her recover from the trauma of an abusive marriage.

Later, Amina joined a UNICEF-supported program where she received more counseling, along with training that helped her start a small business. She earns a small income now that allows her to help support her family. She also works as an advocate against child marriage in her community, sharing her story to prevent other girls from following in her footsteps. She says she will never marry again. 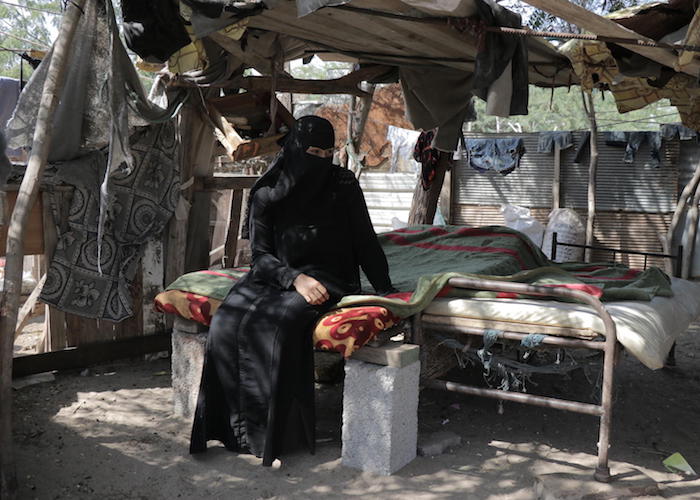 After escaping a six-month-long abusive arranged marriage, Amina* got a divorce and vowed she would never marry again. She now advocates against child marriage in her community to protect other girls from suffering the same fate.  © UNICEF/UNI337496/

Child marriage increases a girl's risk of violence and abuse, steals her childhood and jeopardizes her health

Child marriage increases a girl's risk of violence and abuse and jeopardizes her health. Sometimes, it's fatal. There is still no minimum legal age for marriage in Yemen; without a functioning government, there is little chance that such a law could be passed and implemented.

As conditions have deteriorated in Yemen, the number of child brides has grown. In 2017, the U.N.'s Office for Coordination of Humanitarian Affairs (OCHA) reported that 52 percent of Yemeni girls and women had gotten married before the age of 18. By 2018, the number of under-18 marriages in Yemen had tripled.

UNICEF is working to change the norms and practices that perpetuate child marriage around the world. In 2018, the last year for which figures are available, UNICEF awareness-raising programs in Yemen reached 70,000 people.

I was a child dreaming of everything good. Many people say if a girl is eight years old, she is good for marriage.... But I was destroyed by early marriage. They destroyed my life.

"I was a child dreaming of everything good," said a young Yemeni girl who was only 13 when her father arranged for her to marry a man 20 years older. "Many people say if a girl is eight years old, she is good for marriage. Girls are always wronged," she said, starting to cry. "I wish I could finish my education. But I was destroyed by early marriage. They destroyed my life."

Children didn't start the war in Yemen, but they are paying the highest price. UNICEF is working to protect Yemen's children and to provide the lifesaving protection, water, nutrition, health and education programs they need to survive. Your generous gift will help.

Top photo: Eighteen-year-old Amina* was only 16 when she was forced into an arranged marriage to an older man. After six months of being violently assaulted, she escaped to her parents' house. UNICEF-supported programs help girls like Amina recover from the trauma of early marriage and learn business skills they can use to earn an income. © UNICEF Yemen