For Every Child, Safe Water

1 in 3 people globally — about 2.2 billion — do not have access to safe drinking water. UNICEF and partners are working to change that.

Water is one of life's basic necessities. It's a human right. Yet by 2040, one in four children will live in areas of extreme water stress. The management and protection of safe, accessible water is quickly becoming one of the defining child health issues of our time.

Children who drink unsafe water become weak and susceptible to waterborne diseases, one of the leading causes of death among children under the age of 5. Unsafe water and poor sanitation can lead to malnutrition or make it worse. "No matter how much food a malnourished child eats, he or she will not get better if the water they are drinking is not safe," said Manuel Fontaine, UNICEF Director of Emergency Programs. 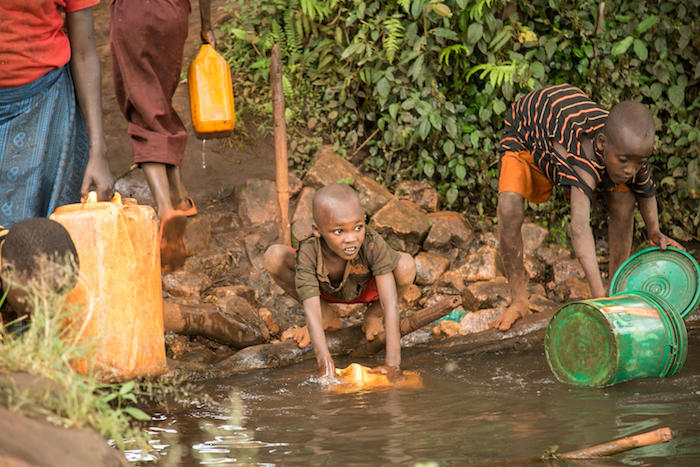 Children collect untreated water from a stream near their households in Ruyigi Province, Burundi in September 2017. © UNICEF/UN0185046/Haro

In eight out of 10 homes without running water, the job of collecting a family's water supply falls to women and girls. Globally, women and girls spend about 200 million hours a day walking to water sources — often alone, over rough terrain — and transporting heavy containers of water back home. That's time taken away from learning or building a better future for themselves. Girls who go to schools without running water or toilets are more likely to stay home when they're menstruating. Their educations are interrupted and their future prospects suffer.

From 2000 to 2017, the proportion of the world's population with proper access to safe drinking water jumped from 61 percent to 71 percent. UNICEF is working to improve water and sanitation for vulnerable children and families. In Burundi, one of the poorest nations in the world, a socioeconomic and political crisis that began in 2015 has left 1.8 million people, including 710,000 children, in need of humanitarian assistance. Nearly 40 percent of the population does not have access to basic drinking water. Burundi's rate of chronic malnutrition among children under age 5 is the highest in the world, putting children at risk for lifelong physical and cognitive deficits. 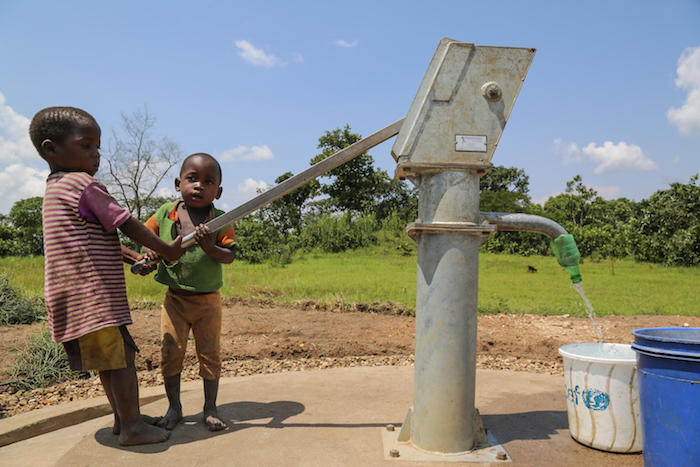 Three-year-old Innocent (right) and a friend use a new hand pump to fill a container with clean, safe water in Rutana Province, Burundi in January 2018. © UNICEF/UN0164544/

In 2017, UNICEF USA partnered with global entertainer and humanitarian Beyoncé to create the multiyear BeyGood4Burundi initiative to support programs to improve water, sanitation and basic hygiene in the hardest-to-reach areas of Burundi. In 2018, Gucci and CHIME FOR CHANGE joined the partnership. To date, 136 water points have been constructed or rehabilitated, providing sustainable access to safe water to 108,436 people in rural Burundi.

There is much more work to be done

In 2018, UNICEF invested over $1 billion to reach the most vulnerable children and families around the world with WASH and continued to lead WASH coordination in humanitarian emergencies in 19 countries. In South Sudan, where 5.1 million people live without safe water or sanitation facilities, UNICEF and partners are rehabilitating water treatment plants. In Bangladesh, UNICEF and partners are protecting Rohingya refugees from waterborne illnesses during monsoon season by chlorinating the water supply and relocating and rebuilding toilets in danger of flooding.  And in wartorn Syria, UNICEF and partners are providing displaced families with safe, clean water so they can stay healthy. There is much more work to be done worldwide.

Learn more about how you can support UNICEF, Beyoncé's BeyGood4Burundi and Gucci's CHIME FOR CHANGE work to improve water and sanitation facilities in Burundi.