A School for Ukrainian Refugee Children In Bucharest | UNICEF USA

In Bucharest, a School for Ukrainian Refugee Children

Children forced out of Ukraine by war have lost not only their homes, but also the comfort of regular routines and social interactions. To help them regain a sense of normalcy and resume their education, a teacher from Ukraine — herself a refugee — started a free primary school for newly arrived Ukrainian children in Bucharest, with help from the Government of Romania and UNICEF.

"For children, it's really important to be in a safe and familiar environment, and the safest and most familiar environment for any child is a school," Anastasiia Konovalova, 30, said in an interview with National Public Radio. Before the war began, Konovalova was the head teacher of Ostrovok Primary School in Odesa, Ukraine. In March, she fled to Romania with her 2-year-old son, some clothes — and her school's math books. Somehow, she knew that she would one day start another school. 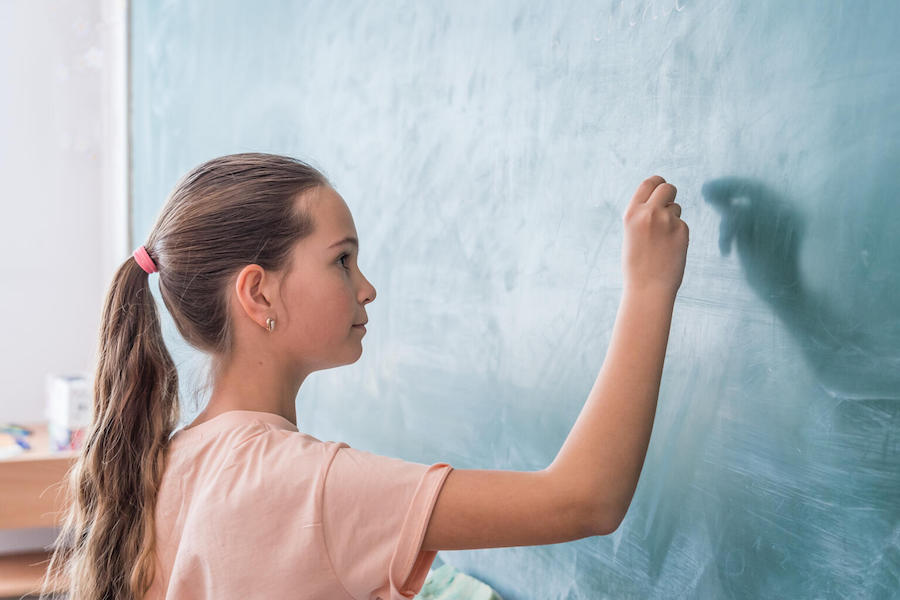 At first, Konovalova and some other teachers from Ukraine held classes at a center for refugee children. When they outgrew that space, she convinced the Ministry of Education to help them find an actual school building. These days, eight classrooms at the National College Mihai Viteazu, an elite high school, become a Ukrainian elementary school between the hours of 3 p.m. and 6 p.m., serving 227 students, ages 4 to 11. 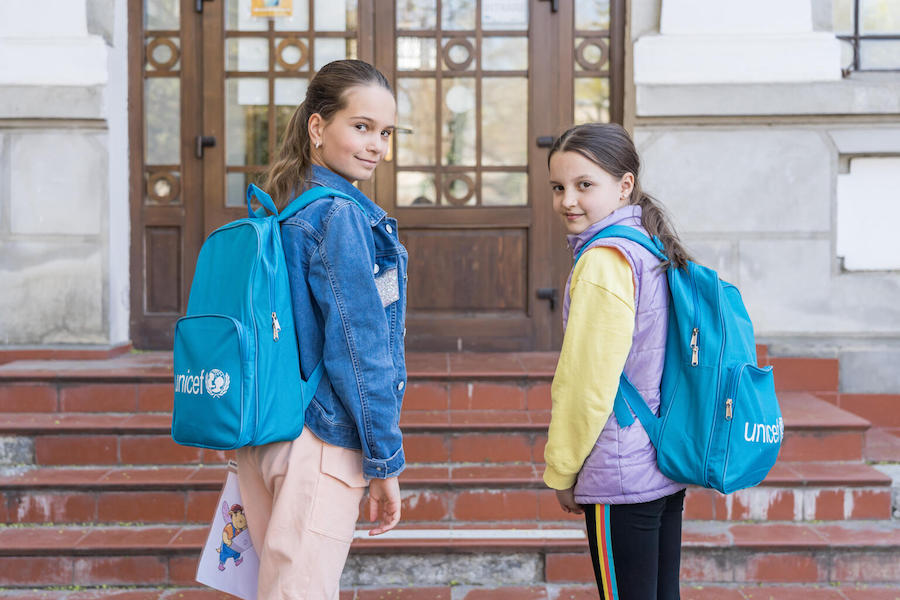 UNICEF provided each student, including Sofiya, above left, and Liza, with backpacks filled with school supplies and art materials — notebooks, colored pencils, a paint palette. The girls said math and English are their favorite subjects. Both are looking forward to going home as soon as it's safe, and seeing their pets again. 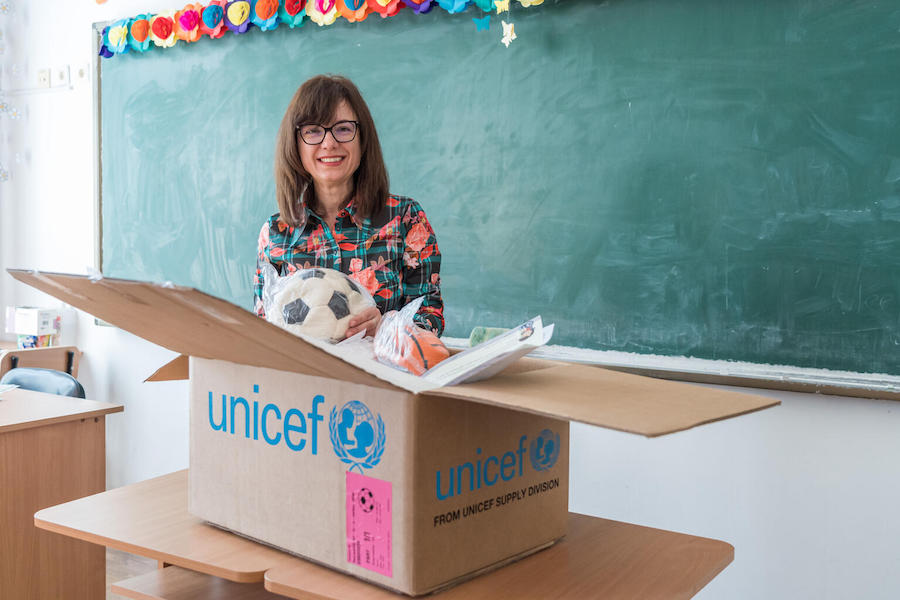 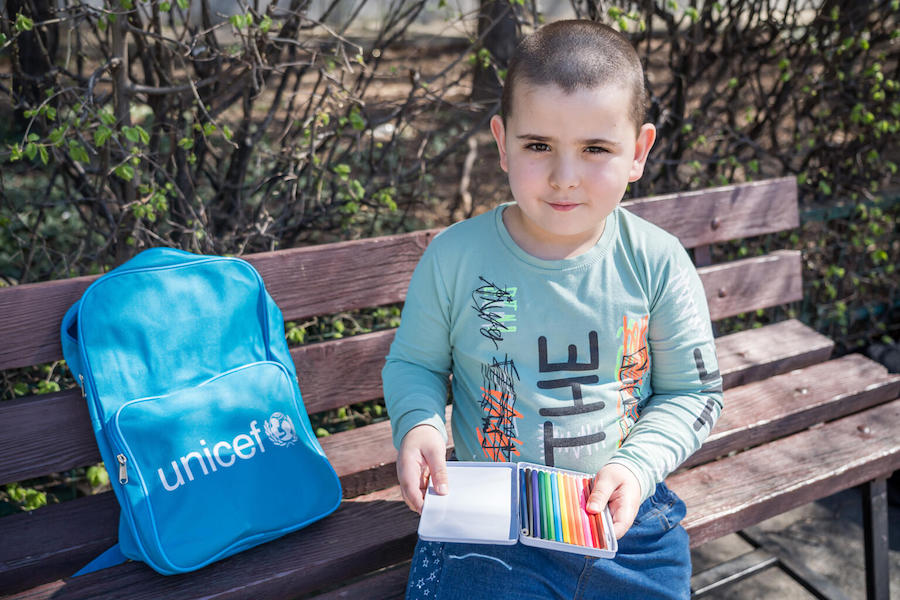 Five-year-old Ivan looks forward to the hours he spends learning and playing in his cheerful new classroom in Bucharest. He and his parents arrived in Romania from Mariupol, Ukraine on March 20. "Our apartment at home is destroyed," his father said. "We don't have a home anymore in Mariupol. My child's kindergarten was also destroyed. We don't want to go back."

There are 600 students on the school's waiting list. As of April 19, more than 757,000 refugees from Ukraine have crossed into Romania in search of safety.

UNICEF is ramping up humanitarian aid for children and families caught in Ukraine's brutal war. Your contribution will make a difference. Please donate today.

Top photo: Teacher Anastasiia Konovalova fled the war in Ukraine and started a primary school for Ukrainian refugee children in Bucharest, with support from the Government of Romania and UNICEF. All photos by Adrian Holerga for UNICEF