What You Need to Know About Child Marriage in the U.S.

Marrying before age 18 is harmful and should be banned with no exceptions. UNICEF is activating constituents in key states, spreading the word that child marriage is a violation of child rights.

MARCH 2019 UPDATE: Strong bills to end child marriage are currently pending in 11 state legislatures. For more details, see this interview with Fraidy Reiss, founder of Unchained At Last, a nonprofit group that helps women extricate themselves from arranged marriages.

Worldwide, 12 million girls marry before age 18 every year. Say "child marriage" and the average American thinks of a developing country, where economic hardship forces parents to marry off their young daughter to a much older man. In sub-Saharan Africa, for example, 4 in 10 young women marry before age 18. In South Asia, 3 in 10 girls are wed before their 18th birthday.

But child marriage is happening right now in the U.S. And that's not okay.

While there is some evidence that children (mostly girls) are more at risk of child marriage in rural and poorer settings in the U.S., the fact is that child marriage affects all communities. It is not a "them" issue; it is an "us" issue.

There is no federal law regarding child marriage. Every state sets its own requirements. According to data collected from 41 states, more than 200,000 minors were married in the U.S. between 2000 and 2015.

Parents may believe early marriage is in their daughter's best interest, especially if she's pregnant. But in all cases, girls who marry before age 18 are harmed for life. They're separated from their families and friends, and 50 percent more likely to drop out of school. Early marriage doubles a teenager's chances of living in poverty and triples the likelihood she'll be beaten by her spouse, compared to married adults.

Girls between the ages of 15 and 19 are twice as likely to die in childbirth as women in their 20s, and newborn children of younger mothers face greater risks of dying as well. Between 70 and 80 percent of child marriages end in divorce.

Marrying before age 18 traps girls in a cycle of poverty

That's why UNICEF believes marriage under age 18 must be prohibited under all circumstances. Partnering with the Tahirih Justice Center, Girls Not Brides USA and Unchained at Last, UNICEF advocates for legislation prohibiting marriage before age 18, with no exceptions.

In May 2018, Delaware became the first state in the U.S. to make it illegal for anyone under age 18 to get married, even with parental consent. New Jersey followed in June 2018. "This is such a personal victory for me — because I'm a forced-marriage survivor, and because I wrote this bill, and because I worked for three years to turn this bill into law," wrote Fraidy Reiss, founder of Unchained at Last.

There is much work to be done. Rules vary, but every state in the union except Delaware and New Jersey allows people under the age of 18 to marry once they've obtained some combination of a judge's order, parental permission, premarital counseling or proof of pregnancy.

In 2018, Delaware and New Jersey became the first states to outlaw marriage for anyone under the age of 18, with no exceptions

According to a Kansas City Star series on child marriage in the U.S., Missouri has the most lenient law in the nation allowing 15-year-olds to wed. Only one parent's signature is required.

More than 1,000 15-year-olds have been married in Missouri since 1999. Even children ages 14, 13 and 12 are allowed to marry in Missouri — it's one of 25 states with no minimum age requirement. For those 14 and younger, a judge's consent is required.

"A review of some 50,000 marriage licenses shows how Missouri's lax law has for years turned the state into a destination wedding spot for 15-year-old child brides, often rushing to get married," the Star reported. "Some traveled up to 1,800 miles to Missouri, from as far off as Oregon, Idaho, Utah, Florida and every other state in the region: Kansas, Colorado, Illinois, Nebraska, Kentucky, Oklahoma, Mississippi, Arkansas and Tennessee."

25 states have no minimum age requirement for marriage

The risks are just as real for child marriages in the U.S. as they are in developing countries. For the sake of protecting children from abuse and protecting their futures, every single U.S. state must take legislative steps to ban child marriage.

"It's important to have legislation on child marriage on the books, but the law in and of itself is not going to change people's minds," says Mark Engman, UNICEF Managing Director, Public Policy and Advocacy. "We have to convince people that stopping child marriage is the right thing to do. You do that by letting them know, 'Hey, you think you're helping your kids by letting them get married early, but you're not. It always, always, always ends up hurting the kids.' "

Laws make a difference, but social norms need to change as well

UNICEF calls that approach changing social norms: addressing the culture, beliefs and traditions that make parents and communities think child marriage is the right thing to do. UNICEF works with communities to convince them that child marriage is not okay: It hurts their girls and violates their rights. "This is an example of how we can take a global position and apply it locally to improve the lives of children in our own country," says Engman. 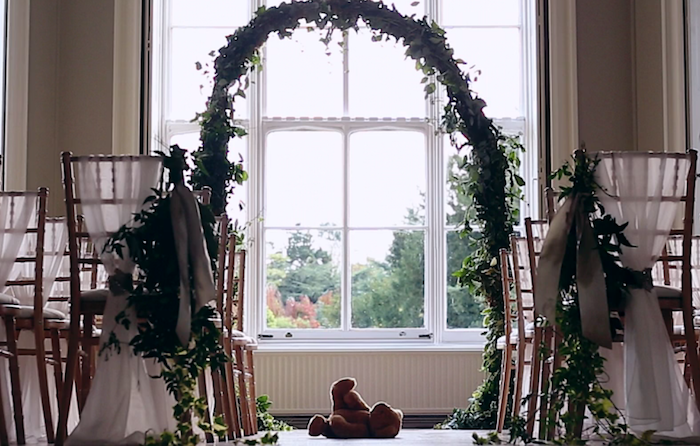 State by state, UNICEF is working to support legislation prohibiting marriage before age 18

Current law in Pennsylvania allows 15-year-olds to marry with parental and court approvals. Minors age 16 and 17 may marry with just consent from their parents or legal guardians. Pennsylvania Senate Bill 81, introduced in July 2018, would remove all exceptions for minors and stipulate that marriage licenses may only be issued to people 18 years old or older.

UNICEF is working in Pennsylvania to advocate for Senate Bill 81, sending letters to state senators and representatives inviting them to co-sponsor the bill, and encouraging UNICEF supporters who live in Pennsylvania to send emails voicing their support as well. In Massachusetts, where there is no minimum age requirement for marriage and all a child needs to marry is a half-page petition, UNICEF is organizing support for HD.583 and SD.343, which would end child marriage with zero exceptions.

Check the UNICEF USA Action Center to learn more about future legislation to end child marriage in your state.

Pennsylvania residents, please reach out to your state legislators and ask them to cosponsor H.B.360/S.B.81 for the children of Pennsylvania.

UNICEF USA is a member of the National Coalition to End Child Marriage in the United States.