On the Front Lines in the Fight to End Child Marriage in the U.S.

Forced to wed an abusive older man when she was only 19, Fraidy Reiss escaped and started a nonprofit, Unchained At Last, to help girls and women trapped by marriage and push for social and legal reform in the U.S. Now bills banning marriage under age 18 are pending in 11 state legislatures.

Approximately 248,000 children — some as young as 12 — were married in the U.S. between 2000 and 2010, most of them girls wed to adult men. Girls who marry are not only denied their childhood, they are often socially isolated, with limited opportunities for education and employment.

There is no federal law regarding child marriage and no minimum age for marriage in 18 states.

In 2018, Delaware and New Jersey became the first U.S. states to outlaw marriage for anyone under age 18, with no exceptions. New Jersey resident Fraidy Reiss, founder and executive director of Unchained At Last, the only nonprofit dedicated to supporting and advocating for girls and women trapped by marriage in the U.S., wrote the bill that ended child marriage in her state. UNICEF USA and Unchained At Last are members of the National Coalition to End Child Marriage in the United States.

Below, Reiss shares her personal story and the latest developments in the fight to end child marriage in the U.S. once and for all.

FRAIDY REISS I was forced into marriage when I was 19 and living in New York City. It was an abusive marriage from the beginning. When I finally managed to escape with my two daughters, my family retaliated by shunning me.

After I rebuilt my life, I went on to found Unchained At Last. We help women and girls across the U.S. who are either trying to say no to an impending marriage and the parents aren’t listening to them, or who are already in one that someone else chose for them and they’re trying to get out.

We help women and girls across the U.S. who are either trying to say no to an impending marriage ..., or who are already in one that someone else chose for them and they’re trying to get out.

Why would a parent in the U.S. marry off a young daughter?

FRAIDY REISS We’ve seen many different reasons. I think in many cases it’s cultural. Sometimes it's an immigration [issue], or it's about money. Sometimes a child comes out as LGBTQ and their parents just think it's shameful and want to 'fix it' with a marriage. They think, I’m gonna cure this child – it’s a form of conversion therapy. Other times it is a response to a pregnancy. There are a lot of families who still think having a baby outside of marriage is shameful and will insist that there be a marriage — even if the pregnancy is the result of a rape.

In the video above, women forced into marriage at 13, 15 and 19 share their stories — including Fraidy Reiss, founder and executive director of Unchained At Last, a nonprofit organization leading a growing national movement to end child marriage in the U.S. Since the video was published in March 2018, Delaware and New Jersey have become the first states in the nation to outlaw marriage before age 18, with no exceptions. © 2018 Condé Nast

FRAIDY REISS Yes — the divorce rate for those who marry before age 18 is 70% to 80%. We don’t have statistics about adults who are forced to marry, but studies in the United States have shown — for decades now — that age at marriage is the most accurate predictor of marital failure. The younger you are when you marry, the more likely you are to get divorced.

Is it true that in some states, children are permitted to marry but not allowed to divorce?

FRAIDY REISS Crazy but true. In most states, children are not allowed to bring a legal action in their own name, and divorce is a legal action. It’s really unbelievable. For me, it's a personal slap in the face. There are some exceptions; in some states, a married child is considered emancipated and so does get some of the rights of adulthood, but that is rare, and [often the laws are unclear]. There’s so much about the way those laws are written that is just basically designed as a trap, and so offensive, especially to girls.

There's so much about the way those laws are written that is just basically designed as a trap.

It's the same thing with these child marriages. Most of the children who marry are girls who are married to adult men, so their husbands can divorce them but they can’t divorce their husbands.  And I can tell you from personal experience how terrifying that is, what a trap that is and how chained I felt when I was in that marriage, knowing he can treat me however he wants. Knowing that if he wants to leave he can do that any day, he can open that door and walk out any time and file for divorce and I am just trapped.

Marriage is a specific exception under the statutory rape laws in 38 states, so what would otherwise be considered rape ... disappears as soon as a marriage license is handed out.

Also, marriage is a specific exception under the statutory rape laws in 38 states, so what would otherwise be considered rape — for an adult to have sex with this child — that disappears as soon as a marriage license is handed out. So when we talk about how these laws trap girls and destroy their lives, now there's a guy who can rape a girl with impunity. 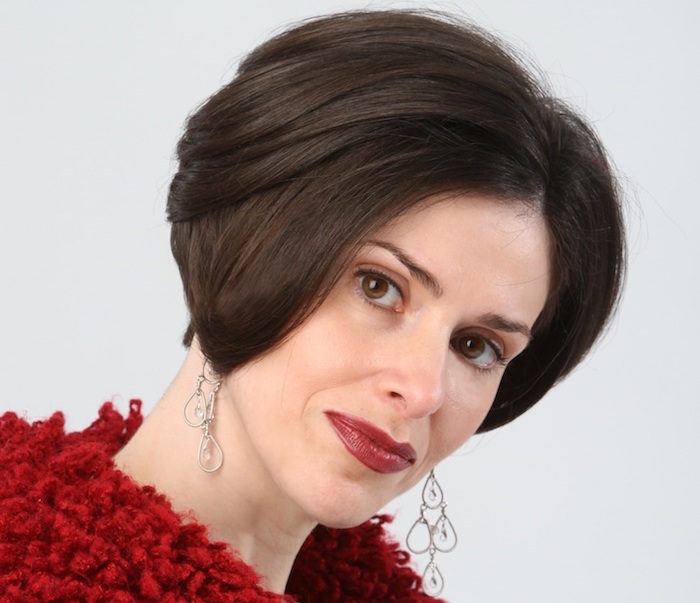 What progress have you seen since you founded Unchained at Last in 2011?

FRAIDY REISS: In 2018, Delaware and New Jersey became the first U.S. states to outlaw marriage for anyone under age 18, with no exceptions. And now 13 states have introduced legislation that would do the same in those states. Unfortunately, two of the bills have already been watered down or died, which is what happens with legislation like this. Even though these are really common-sense bills that help everyone and harm no one, these bills still have had a really hard time passing. I think it's because this is a women’s issue, and we have mostly male legislatures in the United States.

We still have 11 strong bills to end all marriage before age 18 pending in 11 states. That's unprecedented!

But we still have 11 strong bills to end all marriage before 18 pending in 11 states. That's unprecedented! Nevada is one of the states that has a very strong bill pending, and they have the first majority-female legislature in U.S. history. I cannot wait to walk in there. I’m used to walking in and seeing a bunch of white guys and this time it’s going to be different.

By watered down, you mean the age at which marriage is banned is lowered to 16 and under, correct? And then what do you say?

How do girls and women find your organization?

FRAIDY REISS Often by reading stories like this, or a Google search, or they see us on TV. We also get a lot of referrals from law enforcement and domestic violence agencies. Word of mouth, too. People call and say, "You helped me, can you help my friend too?"

It seems that many Americans don’t have an opinion about child and forced marriage in the U.S. because they don’t even know it’s an issue here.

FRAIDY REISS With forced and child marriage, I find that even the survivors who reach out, they often don’t realize that they're part of a larger picture. There was a survivor once, I had picked her up at the airport and I was driving her home. It was really terrible circumstances, marriage at gunpoint and I had gotten her out and we were talking about Unchained At Last and she said, "Wow, I didn’t realize forced marriage happens here."  That’s the level – you just don’t think of the U.S. as a place where forced marriage and child marriage are happening. Child marriage threatens the lives, well-being and futures of girls around the world. © UNICEF

Since your annual budget has grown from $20,000 to $3.4 million including in-kind legal services, what’s next for Unchained at Last?

FRAIDY REISS There’s still a lot of work to do. We have to build our capacity so that we can continue to lead what clearly has turned into a national movement to end child marriage in every U.S. state. We need to sustain that and keep up the momentum that we’ve been able to create. As that happens, more and more girls and women reach out for direct services as well. We started as a direct services organization and we remain committed to that and always will be.

I say this as a survivor: It's so important not to lose track of the individual people who are impacted by the human rights abuses of child and forced marriage.

I say this as a survivor: It’s so important not to lose track of the individual people who are impacted by the human rights abuses of child and forced marriage while we’re looking to change the policies and the attitudes so that it doesn’t happen to anyone else.

What can readers do to support the fight to end child marriage?

FRAIDY REISS: Legislators are not hearing enough from their own constituents. We're letting regular people know that this is happening so they can put the pressure on their legislators, because right now legislators are feeling confident that they can either let the bill die or they can vote no on this and no one is going to hold them accountable.

Check the UNICEF USA Action Center to learn more about future legislation to end child marriage in your state.

Pennsylvania residents, please reach out to your state legislators and ask them to cosponsor HB.360/SB.81 for the children of Pennsylvania.

Top photo: Girls and women in many communities in the U.S. are often pressured, tricked, threatened or beaten until they agree to wed. Forced marriage and child marriage are human rights violations. UNICEF and partners are working to end child marriage worldwide. © UNICEF