Childhood hasn't been easy for Pascaline, a teenager in Lacouroussou, a poor neighborhood of Niger's capital, Niamey. Her three older brothers have all moved out of the house. Longstanding social norms encourage girls like her to drop out of school and get married. Niger has the highest rate of child marriage in the world: 76 percent of women are married before their 18th birthday. 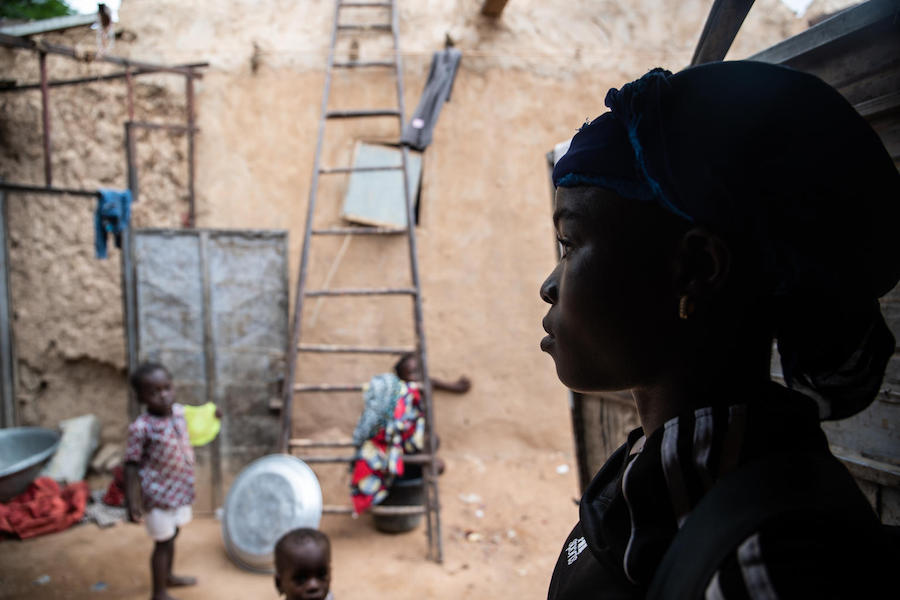 But Pascaline has other plans. Underneath her bed, she keeps a symbol of her freedom, a backpack containing her soccer (football) gear and her schoolbooks. For Pascaline, the goal is clear: "Playing football, even though I am a girl." 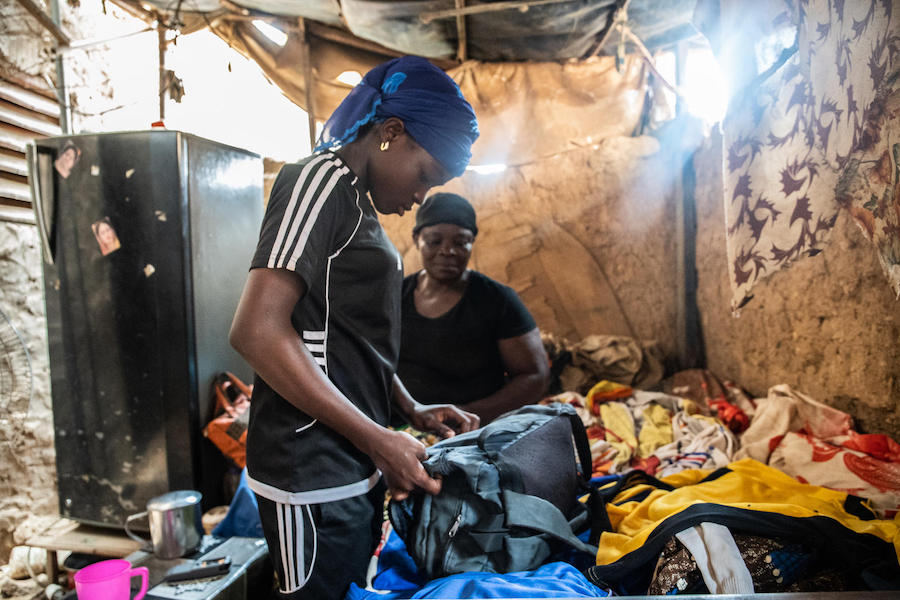 Despite social pressure steering girls away from sports in Niger, Pascaline never gave up on her dream. When she learned that a local soccer school, Academie Atcha, was recruiting girls to play on a team, she studied hard for the entry exam, and was accepted.

Since 2007, the UNICEF-supported program has helped out-of-school children and adolescents in Niamey get an education by combining academics and athletics. The Academie Atcha center provides students with elementary and high school classes, food, academic support, coaching and sports equipment. 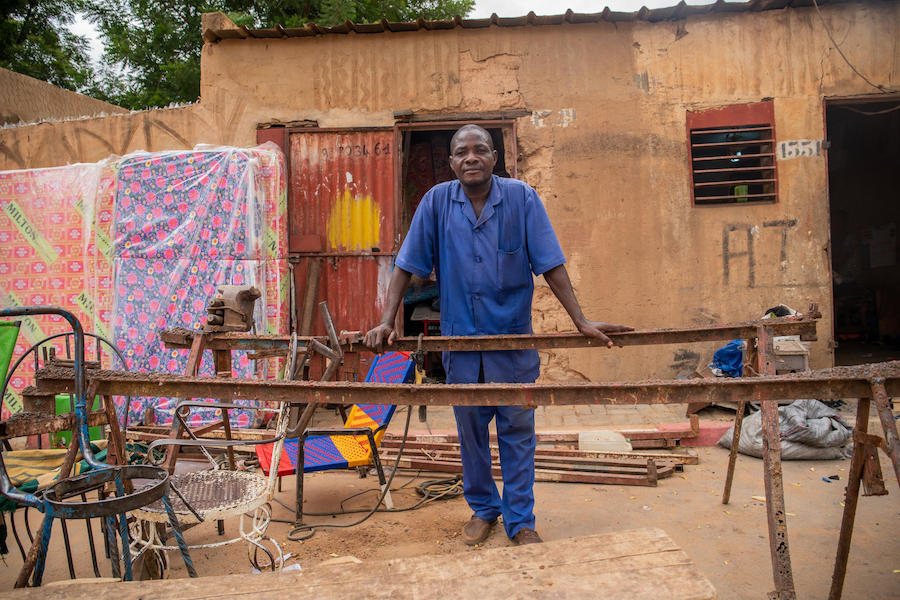 "Pascaline loves to play football," says her father, Henri, at his welding shop in Niamey. "I still remember when she received her first ever soccer ball from her uncle. She played with the boys in the neighborhood and though they laughed at her, she didn't care. She was good at it and they started to respect it." 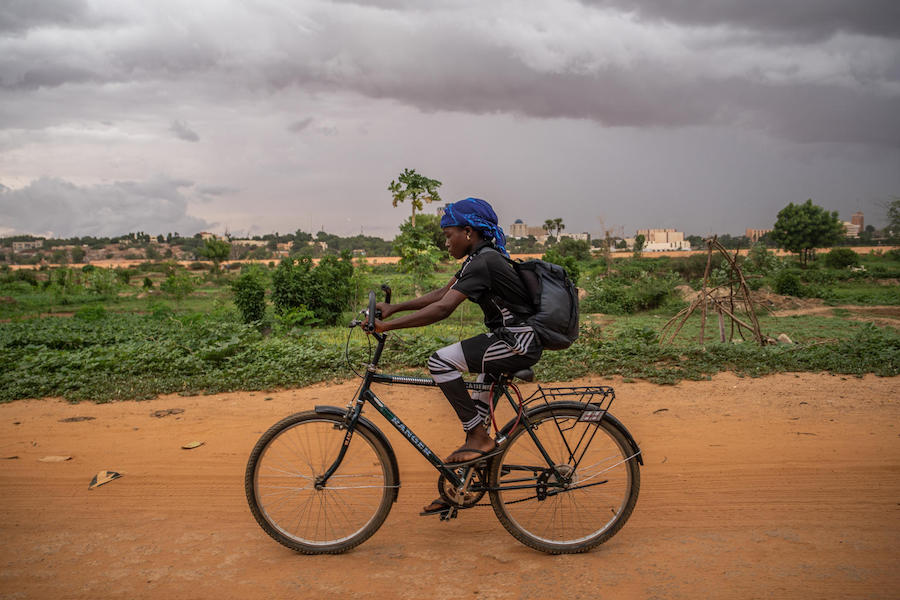 Girls from the poorest households are more likely to marry young. But staying in school gives girls more power to make important decisions in their own lives.

Success in sports breaks down gender stereotypes and helps girls develop confidence in their abilities on and off the field. "They gave me a bike, school materials and soccer clothes to go to training," says Pascaline. "My life took a turn I did not expect." 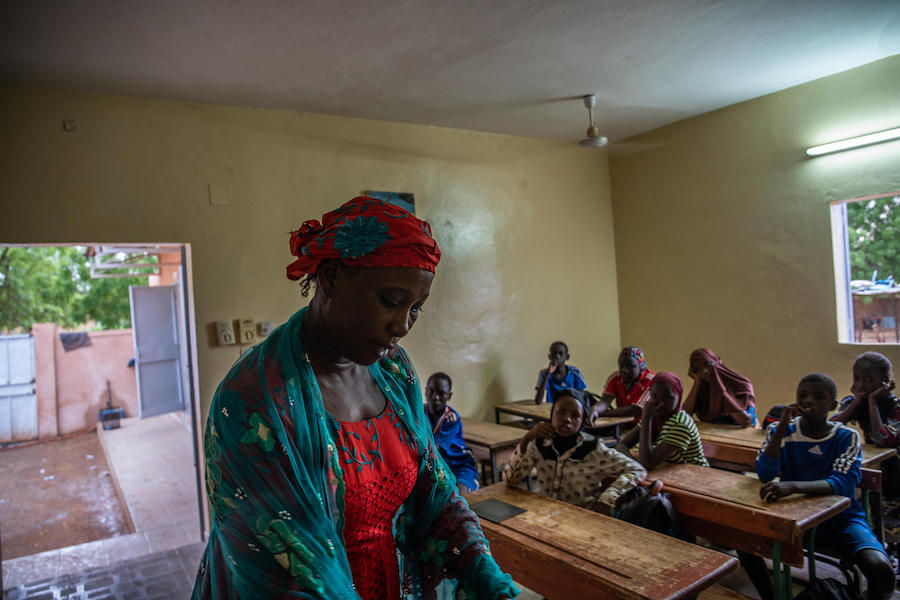 "We have good rates of school retention," says Pascaline's teacher, Garba Rahama. "My students come to all my classes with their homework completed. They know their first priority is school, and then comes football. That keeps them motivated to learn. For girls, school and sports have added value. They are the most vulnerable ones." 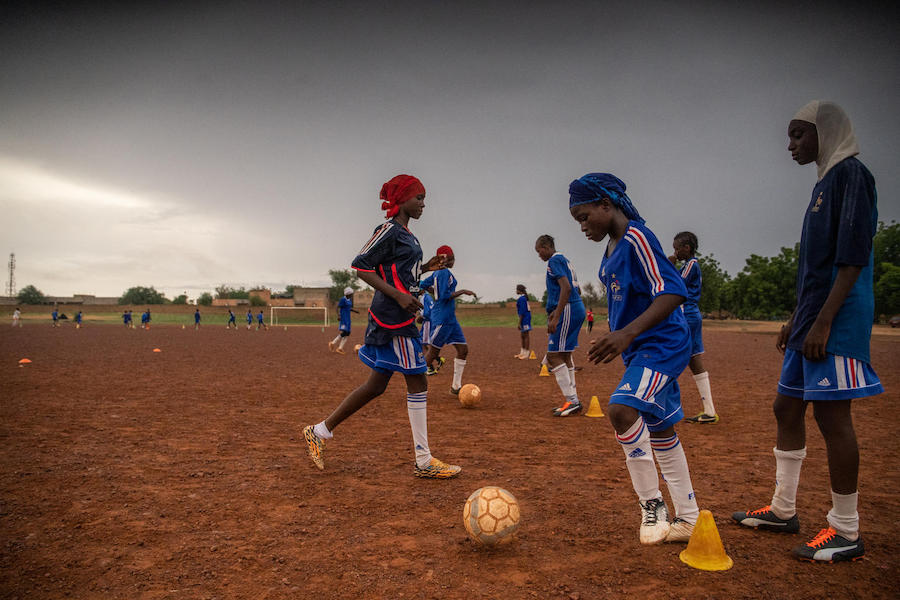 Longstanding customs and religious laws in Niger reinforce the notion that marriage will provide protection to young girls, but the opposite is true: Girls who receive an education earn higher incomes, have better health outcomes and build better futures for themselves and their families. 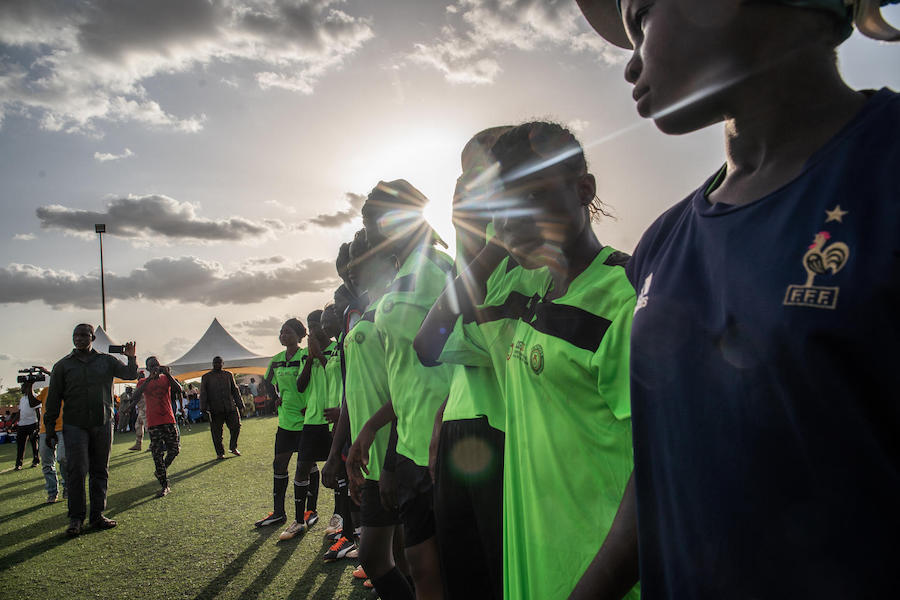 UNICEF supports the Nigerien Football Federation, FENIFOOT, to organize soccer competitions exclusively for disadvantaged girls with the aim of transforming social stigmas into future opportunities. Above, Pascaline and her teammates line up before the start of a tournament. 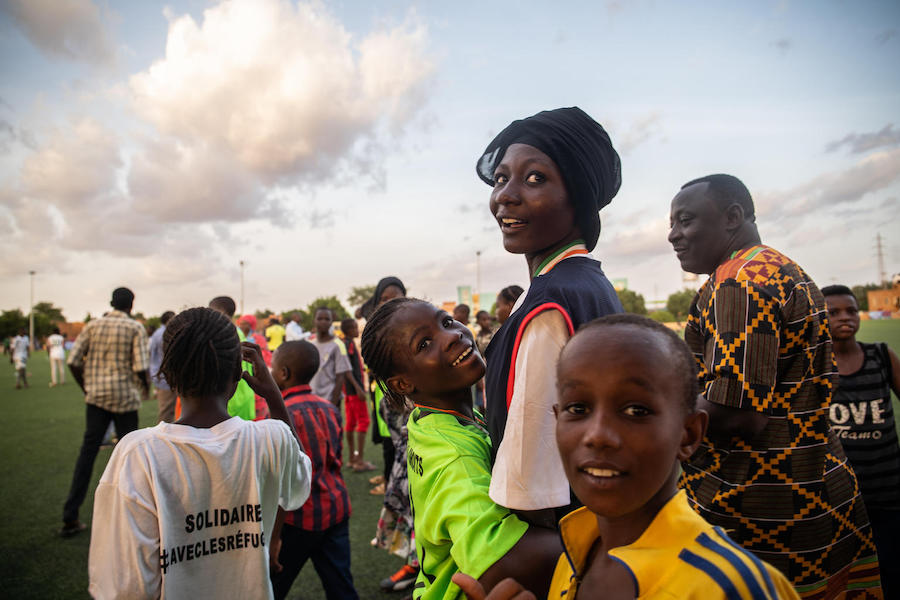 The Convention on the Rights of the Child, which Niger ratified in 1990, recognizes the critical role of sport and physical play in children's lives. Playing soccer gives girls a chance to feel how powerful they can be, set free from harmful gender norms that dictate whether they attend and complete school, their right to play sports, to access health services or earn a living. 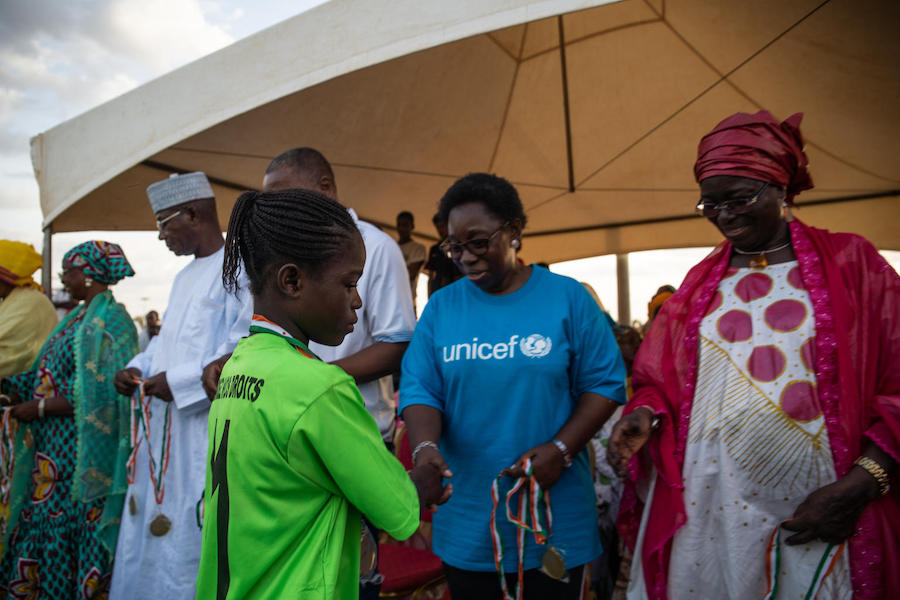 "When girls play, when girls go to school, when girls are not deprived of their childhood because of marriage, the world wins!" says Félicité Tchibindat, UNICEF's Representative in Niger (above, center), congratulating Pascaline at the end of the tournament.

Please support UNICEF's work to educate and empower girls around the world.

Top photo: For Pascaline, a teenager living in a poor neighborhood in Niger's capital, Niamey, a UNICEF-supported program means the chance to go to school, play soccer and make her own decisions about her future. All photos © Juan Haro for UNICEF