UNICEF Kid Power: How It Works, What It Does — Kids Helping Kids

It turns out kids can make a difference. Thanks to the innovative UNICEF Kid Power program, children everywhere are joining the fight to end world hunger. Following the time-honored tradition of "Trick-or-Treat for UNICEF," UNICEF Kid Power gives kids a concrete way to help those less fortunate than themselves, and turns them into global citizens in the process.

By wearing the UNICEF Kid Power Band — the world's first Wearable-for-Good™— kids can track their daily activity level and transmit that information to the companion App. Kids rack up points as they run, jump and play; one point equals approximately 2,400 steps. UNICEF Kid Power encourages children to earn five points a day, the equivalent of the daily 12,000-step goal of moderate to vigorous activity recommended by the National Institutes of Health.

Every 25 points earned unlocks one packet of Ready-to-Use Therapeutic Food (RUTF), which UNICEF delivers to severely malnourished children in the countries where the need is greatest. When kids complete special Missions using the App, they earn a packet for every 10 points. On these virtual journeys, kids learn about life in the countries where the food packets they've earned will be sent. 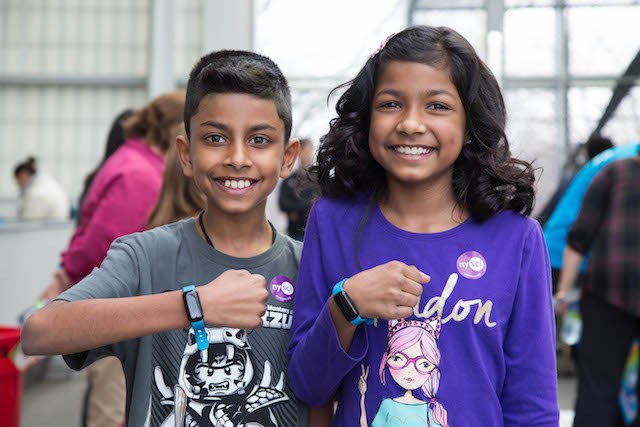 "There are children around the world who only eat one meal every two days. That makes me sad, so I like to help these children get more food to eat and proper nutrition," says New York City student Alim, above with his sister, Feriyal. Both kids joined Kid Power with their school classes. "They're missing lots of things," adds Feriyal. "I like to help because then they can get everything that a child needs to survive."

Since Kid Power was launched in 2014, more than 200,000 people have unlocked more than 6.4 million RUTF packets, enough to save the lives of more than 40,000 severely malnourished children. The Kid Power school initiative, which began as a small pilot program for 800 3rd, 4th and 5th graders in Sacramento in 2014, has since expanded to more than 3,300 schools in 49 states and the District of Columbia. 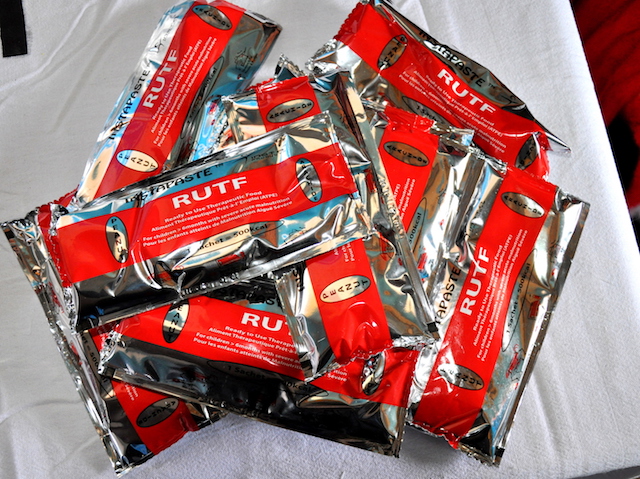 Made from peanuts, oil, sugar and milk powder fortified with vitamin and mineral supplements, RUTF is energy-dense, nutritious and ready-to-eat. Three 100-gram packets a day can bring a severely malnourished child back to life in a matter of weeks. No wonder it's often called a miracle food. Easy to ship and administer, it needs no refrigeration and stays fresh for up to two years. Eaten straight from the packet, RUTF requires no mixing with potentially contaminated water. 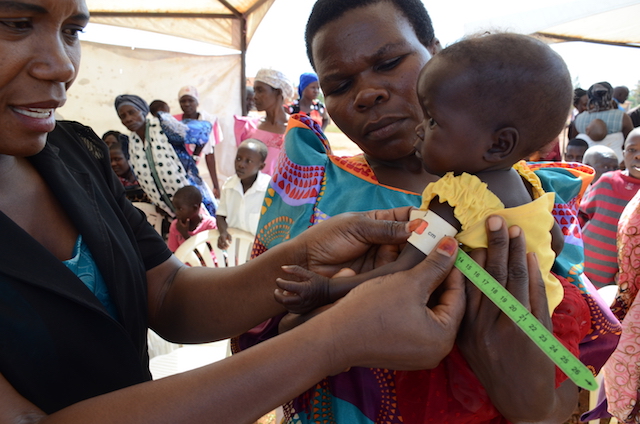 UNICEF currently distributes RUTF packets to feed the severely malnourished in 10 countries. In Uganda, UNICEF delivered 712,050 packets and treated 6,751 children in the last year alone. As more and more refugees fleeing conflict in neighboring countries arrive in Uganda, health workers have reported a sharp increase in the number of children suffering from malnutrition. Above, a health worker in Kamuli, Uganda measures mid-upper arm circumference, the most accurate way of screening for malnutrition in children. UNICEF distributed 750,000 RUTF packets in Rwanda and treated 5,000 children in 2016. At the Mahama refugee camp in Eastern Province, malnourished refugee children from Burundi, above, rely on RUTF to stay alive. Undernutrition contributes to nearly half of all deaths in children under five, and is widespread in Asia and Africa. 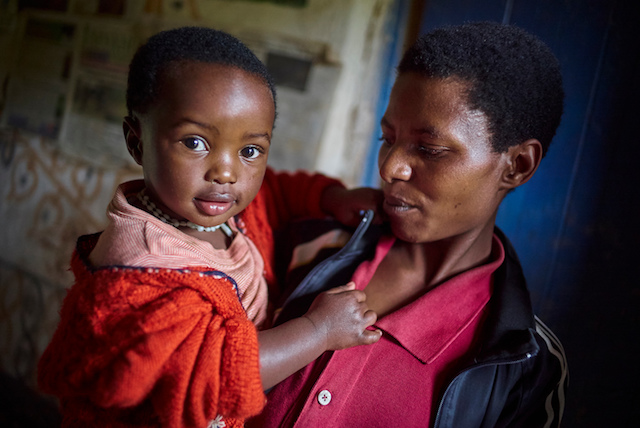 About 3 million children die each year because they didn't get enough to eat. Poor nutrition puts kids at greater risk of dying from common infections and stunts children's growth in the first 1,000 days of life, which can lead to impaired cognitive abilities. In Rwanda, where 38 percent of children under the age of five are stunted, UNICEF and partners are supporting government efforts to provide integrated nutrition interventions. All children everywhere have the same dreams for a happy, healthy, productive life. By tapping into their boundless energy, Kid Power gives children a way to help other kids get a chance to make that dream come true.

Want to get active and save lives? You can find the Kid Power Band at unicefkidpower.org/store and Target stores. And download the free app here.