In Times of Emergency, UNICEF Steps Up

In 2017, UNICEF drew upon a 70-year history of being in the right place at the right time to help the 1 in 4 children affected by emergencies.

Around the world, natural disasters, refugee crises, conflict and famine are putting more children’s lives in jeopardy every day. Last year, UNICEF responded to 337 humanitarian emergencies — from conflicts to natural disasters — in 102 countries. One of every four children in the world was living in a country affected by emergencies.

With its 70-year history of being in the right place at the right time, UNICEF is always there to help. "UNICEF is serving and protecting the most vulnerable children who are living through conflict and crisis. If we do not stand by these children, who will?" says UNICEF Executive Director Henrietta H. Fore.

UNICEF's humanitarian warehouse in Copenhagen has supplies packed. Drinking water, nonperishable food, medicines and emergency kits are ready to deploy at a moment's notice, when and where they're needed. The Copenhagen warehouse, the world's largest, can ship emergency supplies anywhere in the world in 48 to 72 hours. 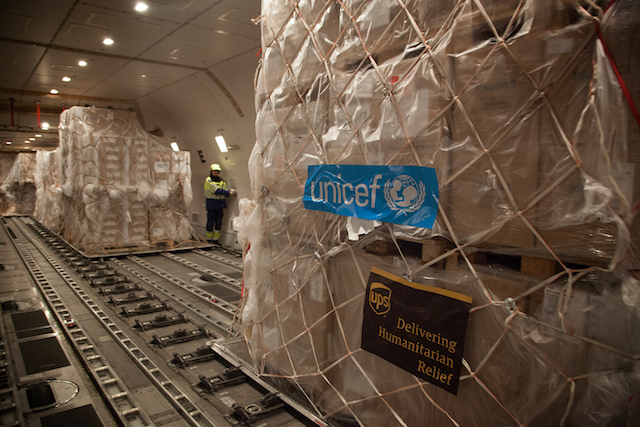 A B-747 flight donated by the UPS Foundation touched ground in Port-au-Prince, carrying 100 tons of UNICEF emergency medical and educational supplies packed in UNICEF’s Global Supply Warehouse in Copenhagen. © UNICEF/UN036396/Guhle

One year ago, after Hurricane Maria plunged Puerto Rico into a state of crisis, families were faced with acute shortages of fresh water, food, electricity, fuel and medicines. UNICEF mobilized rapidly, providing 12,000 emergency hygiene kits to Puerto Rican families struggling to survive, and rushing shipments of safe drinking water to distribution centers across the island. 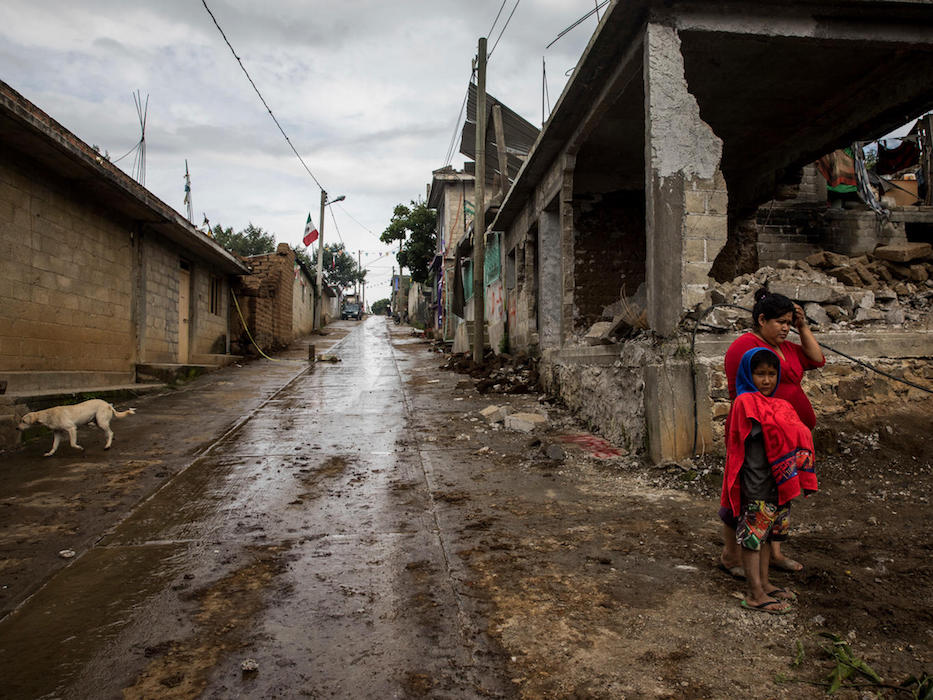 Jesus, 7, and his mother next to the ruins of his family's house. Their village, San Francisco Xochiteopan in the state of Puebla, Mexico, was one of the hardest hit by the September 19, 2017 earthquake. More than 200 houses collapsed or suffered major damage. © UNICEF/UN0126639/Zehbrauskas

That same month, back-to-back earthquakes rocked Mexico, ripping through buildings and forcing mass evacuations. UNICEF set up and staffed child-friendly spaces, trained teachers on how best to support children whose lives had been turned upside-down and delivered education and hygiene supplies where they were needed most.

In any humanitarian emergency, UNICEF puts children first, ensuring that they have what they need to survive the initial impact and then get back to what kids do best: playing, learning and hatching plans for bright futures.

But none of this would be possible without supporters like you. Please help support UNICEF in getting emergency relief to the most vulnerable children across the globe.

Banner photo: On September 8, 2017, in Haiti outside the town of Ouanaminthe after Hurricane Irma swept across the Eastern Caribbean, leaving a trail of destruction. © UNICEF/UN0120002/Bradley