Ma Jolie (left), 6 years, is being treated for severe acute malnutrition at a UNICEF-supported hospital in Central African Republic.

Years of sectarian violence have plunged the Central African Republic (CAR) into chaos, killing tens of thousands of people and forcing more than a million from their homes. Warlords control nearly 80 percent of the nation; armed groups routinely recruit children and attack civilians. Two out of every three children in the country need humanitarian assistance.

This year, more than 43,000 children under 5 in CAR are expected to face life-threatening severe acute malnutrition. UNICEF USA President and CEO Caryl M. Stern (above right) and NBC News correspondent Cynthia McFadden recently visited CAR, where UNICEF and partners are on the front lines of the crisis. In Bangui, the nation's capital, they toured the UNICEF-supported Bangui Pediatric Center  — the only pediatric hospital in the entire country — where anxious parents bring children suffering from severe malnutrition.

900w.9-month old Christelle is surviving severe acute malnutrition. She was admitted 3 days ago and is already doing better (1).JPG 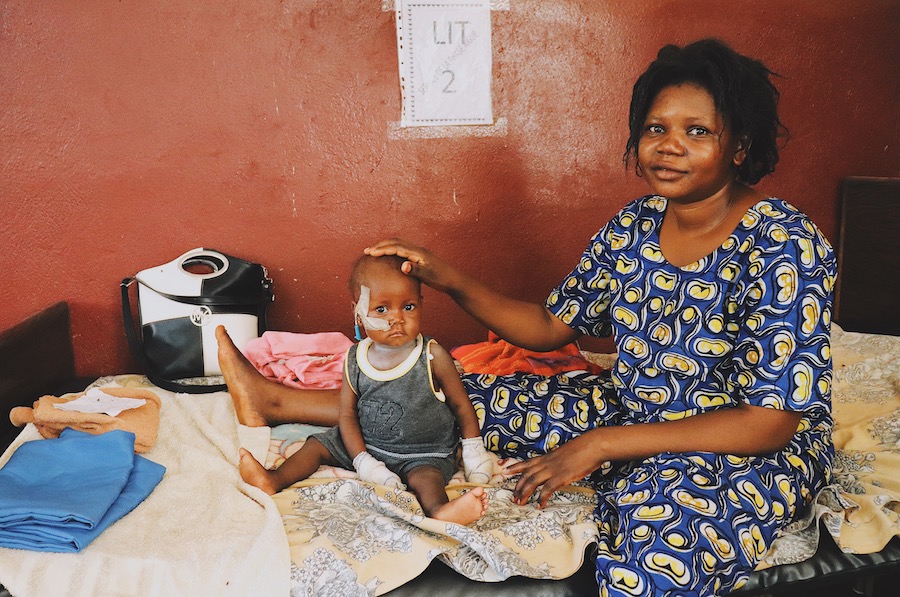 Nine-month-old Christille's mother rushed her to the UNICEF-supported pediatric hospital to be treated for severe acute malnutrition. First, doctors stabilize their young patients. Then they are given Ready-to-Use Therapeutic Food (RUTF), a tasty, nutrient-packed peanut paste. 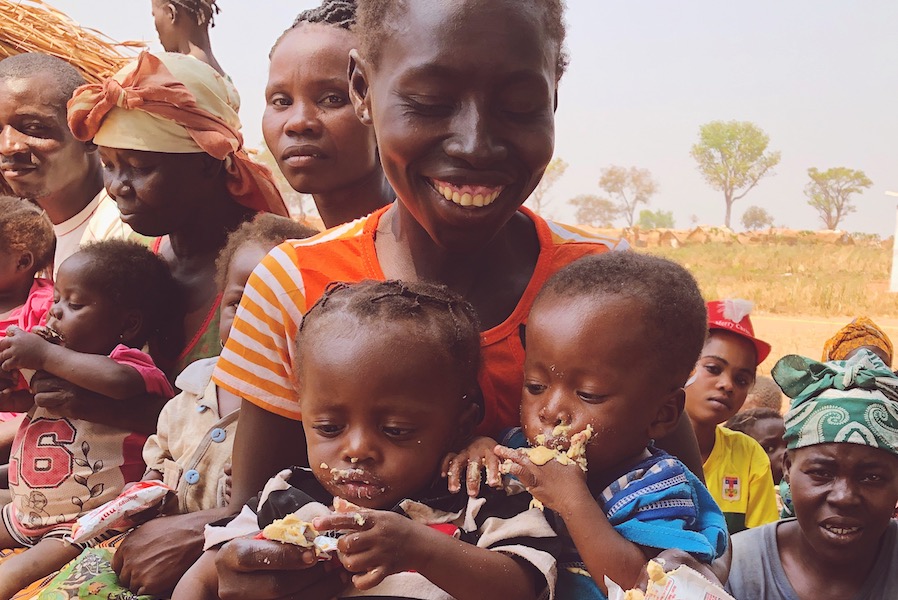 A mother smiles as her twins feed themselves RUTF at a UNICEF nutrition screen in Kaga-Bandoro, Central African Republic. After just a few days of RUTF, listless and frail children are able to sit up on their own. 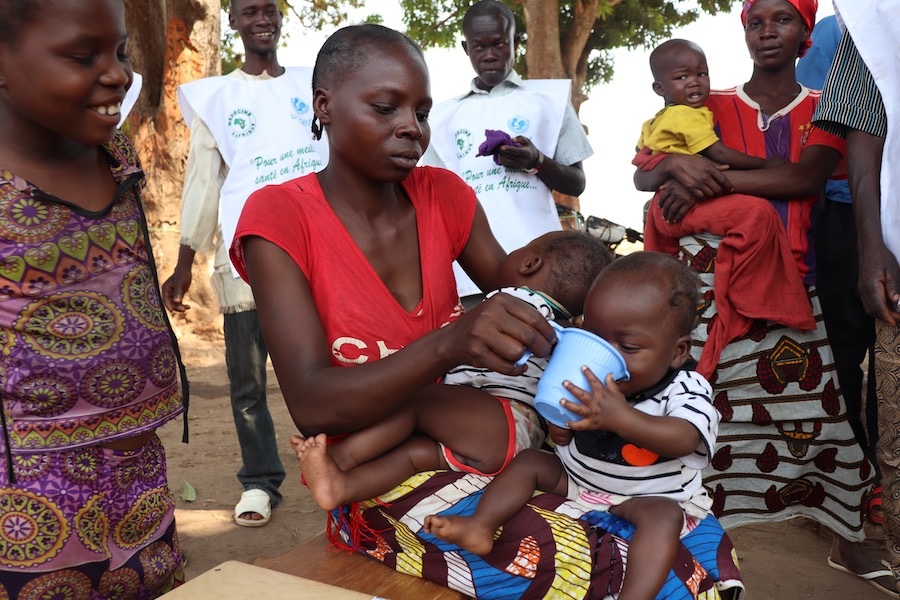 A relieved and grateful mother feeds her malnourished babies at a UNICEF nutrition screening. "In the morning, when we have the staff meeting and they tell us no baby died overnight, we thank God," says the Bangui Pediatric Center's head nurse, Anne Yadibert.

UNICEF provides virtually all the RUTF required to treat severe acute malnutrition and almost all the emergency education supplies in CAR. UNICEF also supplies half the vaccines required in the country, and procures the other half on behalf of partners and the government. Please support UNICEF's efforts to help children in CAR.