The day Prosper rushed his son Pierre to the health center, the frighteningly emaciated 3-year-old barely clung to life. During the 7-mile walk from their village to the nearest health center outside Bangui, the capital of the Central African Republic (CAR), the desperate father prayed: “I didn’t know if I was going to get to the hospital with Pierre alive. Even if I made it, I didn’t know if he would make it. I wondered if God's plan was to take him back.”

Since his birth, Pierre and his family had been surviving on little more than prayers. Pierre's mother died shortly after he was born. With no job in a country ripped apart by conflict, Prosper provided for his family by collecting corn from the dwindling supplies at a nearby farm. But as Pierre’s weight steadily dropped and he grew sicker, refusing to eat, Prosper looked to traditional medicine to help his son, thinking he couldn't afford hospital care.

Prosper's dilemma is all too common in CAR, where years of sectarian violence have created terrible insecurity and a crisis for children. Malnutrition is intensifying, with 43,000 children projected to suffer severe acute malnutrition (SAM) in 2019. It's an illness that can be prevented and treated if caught in time, but according to Jacqueline Tchebemou, a UNICEF-supported doctor at CAR's only pediatric hospital, children often don't get the medical care they need because parents like Prosper can't afford to provide for them or get them to the hospital in time.

"It’s really sad because malnutrition is an illness that can be prevented but we see cases every day, dozens of cases every day," says Tchebemou. "Sometimes children arrive here in a very serious condition. They go straight to the emergency ward and some die. It’s really painful. It’s sad." Luckily, Pierre was spared that fate. As soon as he and his father walked into the Centre de Santé Saint Joseph Health Center, which receives support from UNICEF, the doctors rushed toward them and quickly worked to stabilize Pierre. “I was surprised that there were so many people working to help my child,” Prosper remembers. “I was not sure we were going to take him home alive.”

His fears were justified. When Pierre arrived at the hospital he weighed just 19 pounds and was severely dehydrated from recurring bouts of diarrhea. SAM also makes children like Pierre nine times more likely to die of such diseases as malaria, measles or cholera than those who are well nourished. 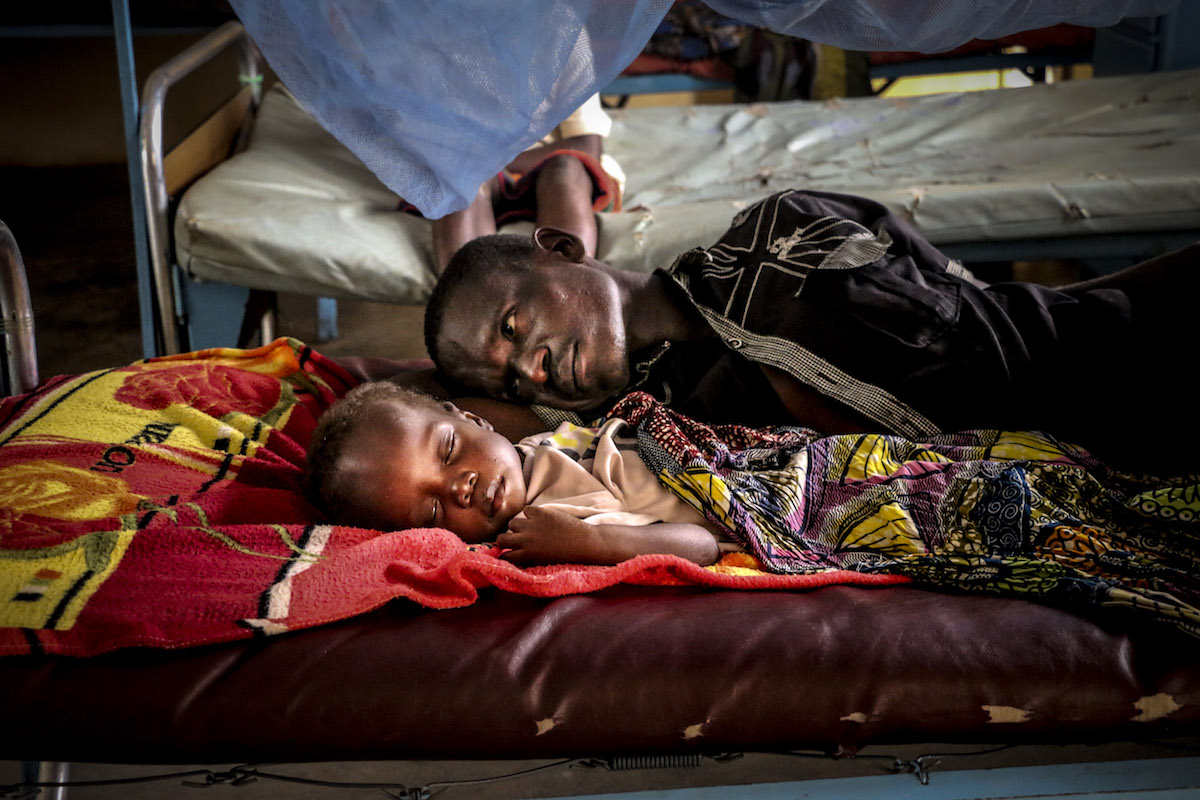 The next day, when Pierre showed no signs of improvement and was barely conscious, the doctors determined he needed more intensive care and moved him to the Bangui Pediatric Hospital — CAR's only pediatric hospital and a lifeline for severely malnourished children. Though the malnutrition stabilization ward is over capacity, with every bed full — many with two children — it provides meticulous round-the-clock care, precisely what Pierre needed. 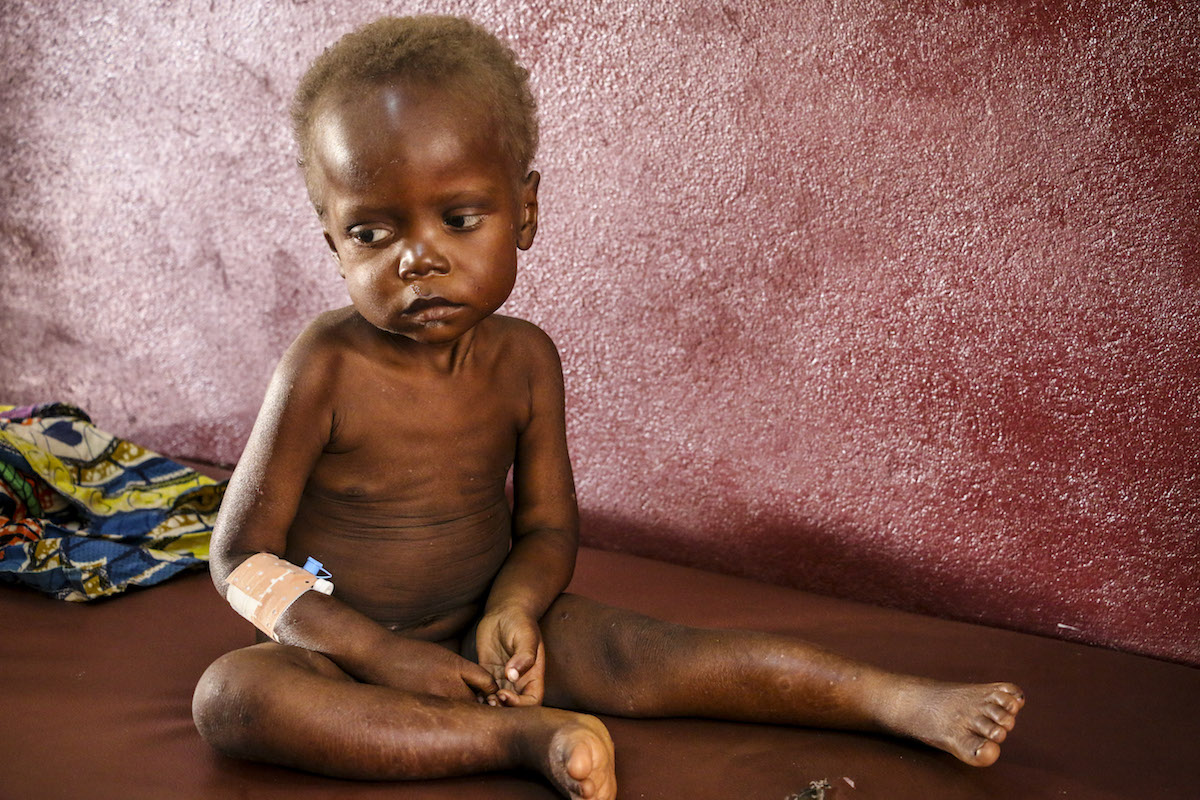 For the next week, Pierre, still too weak to eat, was given fortified therapeutic milk until he was strong enough to move on to the next phase of treatment, the Ready-to-Use Therapeutic Food (RUTF), UNICEF has found to be the most effective tool for treating acute and severe acute malnutrition. RUTF is a tasty, energy-packed paste made from peanuts, oil, sugar, milk powder and vitamin and mineral supplements — everything a malnourished child needs to recover. Each 100-gram single-serving packet comes ready-to-eat so all parents have to do is what comes naturally: Open the packet, feed their children and watch them grow healthy and strong.

On his diet of RUTF, Pierre grew stronger by the day. Finally, after 10 days, Pierre was able to go home and continue his treatment as an outpatient at the health center near his village. There for the next few weeks, Pierre received regular check-ups and a steady supply of RUTF. 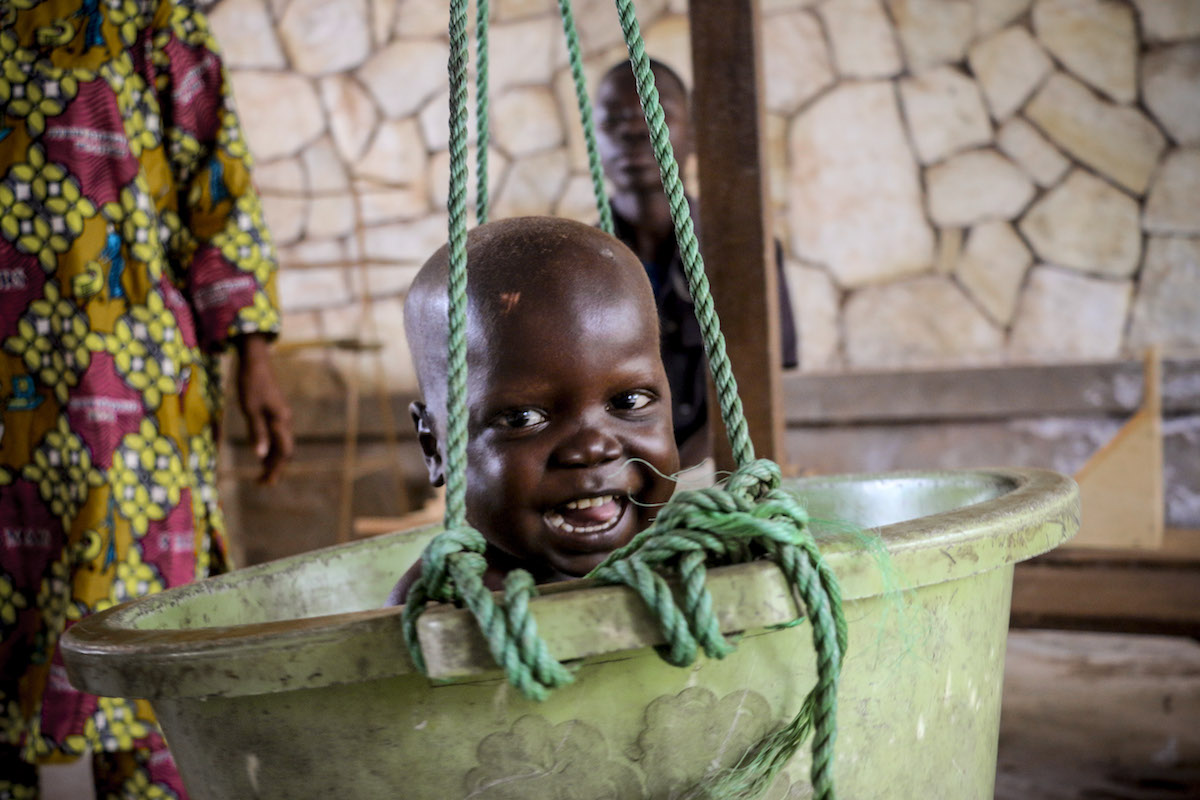 With Pierre on the road to recovery, both father and son are beginning to get back to normal. Prosper is able to go back to work and Pierre is healthy enough to enjoy being a kid again. Though he still clings to his father, his smile comes easily — especially when he gets to swing in the bucket at the health center to be weighed.

Now that Pierre is growing stronger by the day, Prosper can allow himself to think about his son's future. “I want to find work so I can send Pierre to school. That would give me pleasure. I am very happy to see him like other children.” 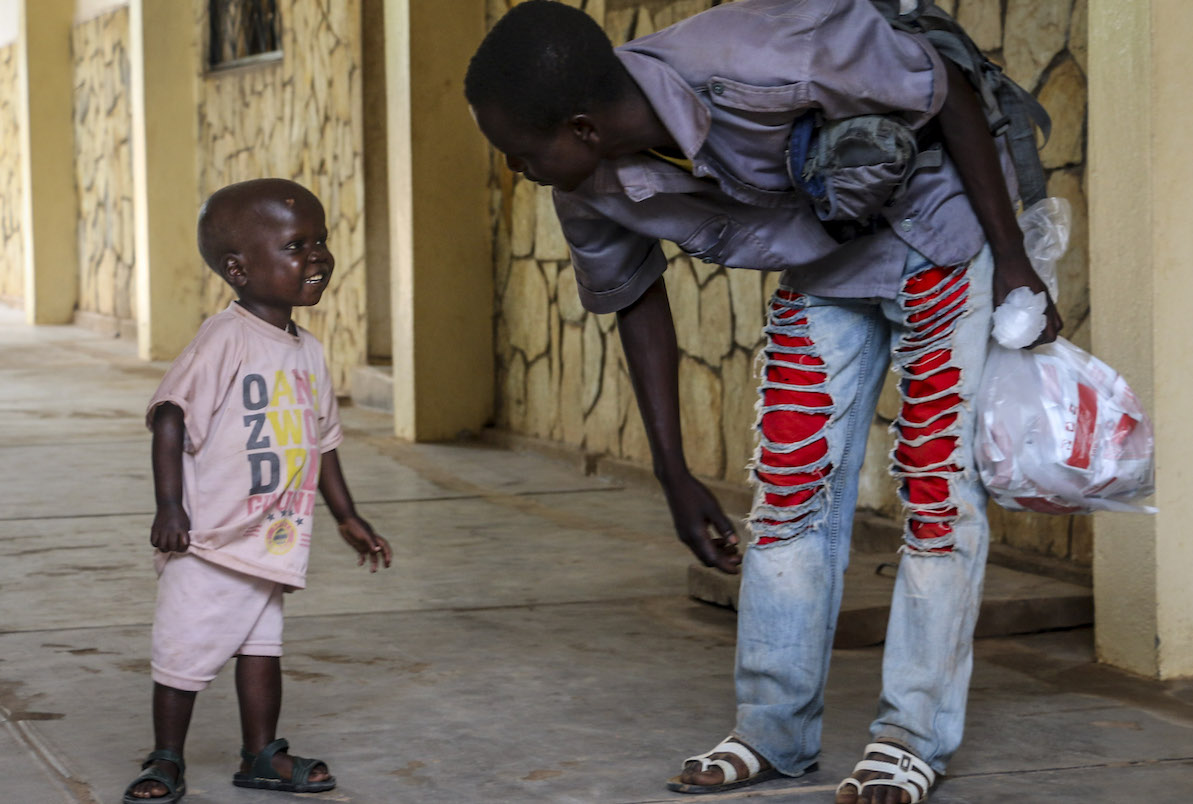 Tragically, notes Theophile Basimba, a UNICEF Nutrition Specialist who helped treat Pierre in Bangui, his recovery is actually what sets him apart from other children. "It is bittersweet to see Pierre smiling again because too many kids across this country are unable to get the kind of care they so desperately need. Insecurity means we cannot get to them with services and our nutrition programs are critically underfunded. It is heartbreaking to see the continual stream of children coming into the pediatric hospital and gut-wrenching to think about those we can’t reach. We so desperately need help to scale up our response.”

UNICEF and partners are working tirelessly in the Central African Republic, Syria, Yemen, South Sudan, Bangladesh and around the world to save and protect children. With a presence in 190 countries and territories, UNICEF has helped save more children's lives than any other humanitarian organization in the world.