Ramadan in Lebanon: After a Deadly Explosion, Trauma Lingers

More than 6,500 people were injured and 190 killed on the evening of August 4, 2020 when 2,750 metric tons of ammonium nitrate ignited in a warehouse in Beirut's port district.

The devastating blast destroyed thousands of buildings and houses, leaving an estimated 300,000 people — including 100,000 children — suddenly homeless and an entire city in shock. 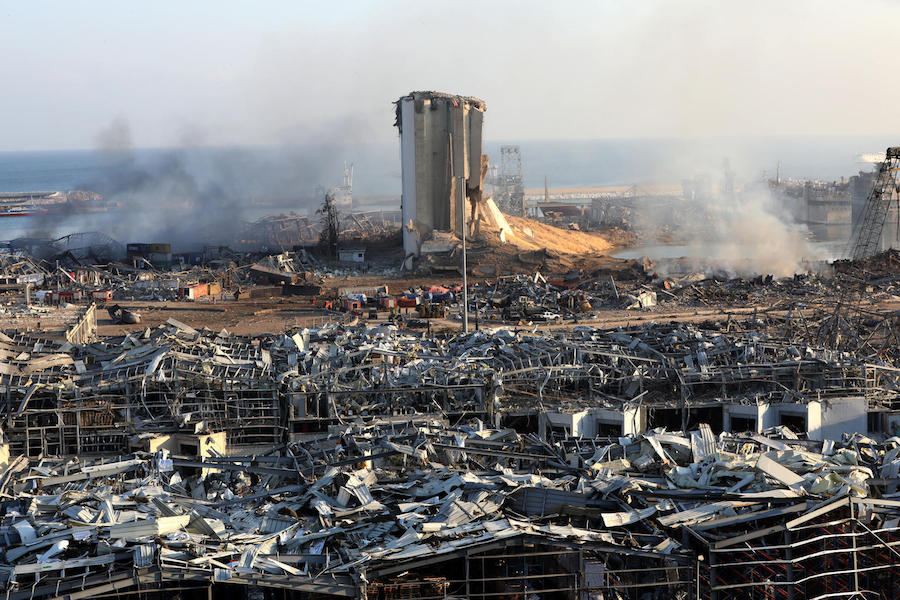 UNICEF staff rushed to the scene, distributing emergency supplies to families and first responders, coordinating with child protection colleagues to reunite missing children with their families and successfully salvaging more than 1.7 million doses of vaccines and medications stored near the site of the explosion.

For many children, their world was literally falling down around them. In the days, weeks and months after the blast, UNICEF and partners provided counseling services and set up Child-Friendly Spaces in municipal parks where traumatized kids could go to play and temporarily escape the chaos unfolding around them. 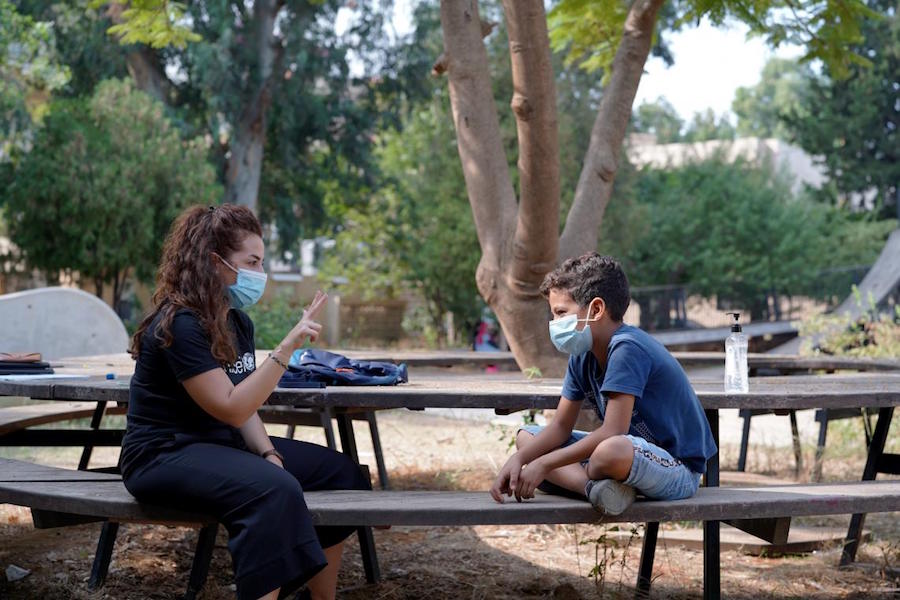 Ten-year-old Abdulkarim, above with a UNICEF-trained volunteer, was with his father on the balcony of his family's home in the Beirut suburb of Karantina, adjacent to the port, when they heard the first of two explosions, followed by a second blast that caused significant damage to their home and injured his dad. The explosion's shockwave blew out windows in Beirut Airport, about 5 miles away. Abdulrahim was terrified.

At the UNICEF Child-Friendly Space in Karantina's public garden, Abdulkarim found a place where he could just be a kid again.  “My parents don’t talk about the evening of the explosion with me," he said, "but when I come to the park I talk with friends – this helps – and I know the organizers here have helped my friends escape their fear.” 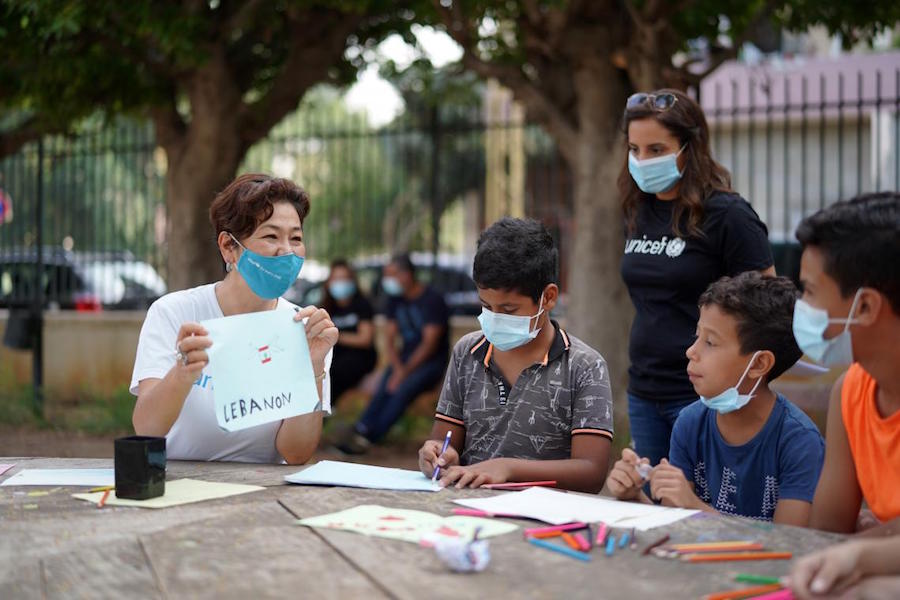 Abdulkarim and 12-year-old Hussein, above center, became regulars at the Child-Friendly Space, drawing and talking with other kids and with volunteers trained by UNICEF to help children process their trauma.

“For me, as well as for my friends, having this park to come to has made a big difference to our lives," said Adbulkarim. "It’s a special space for us – it makes us feel someone cares. That’s enough to help me start to feel happy again!” 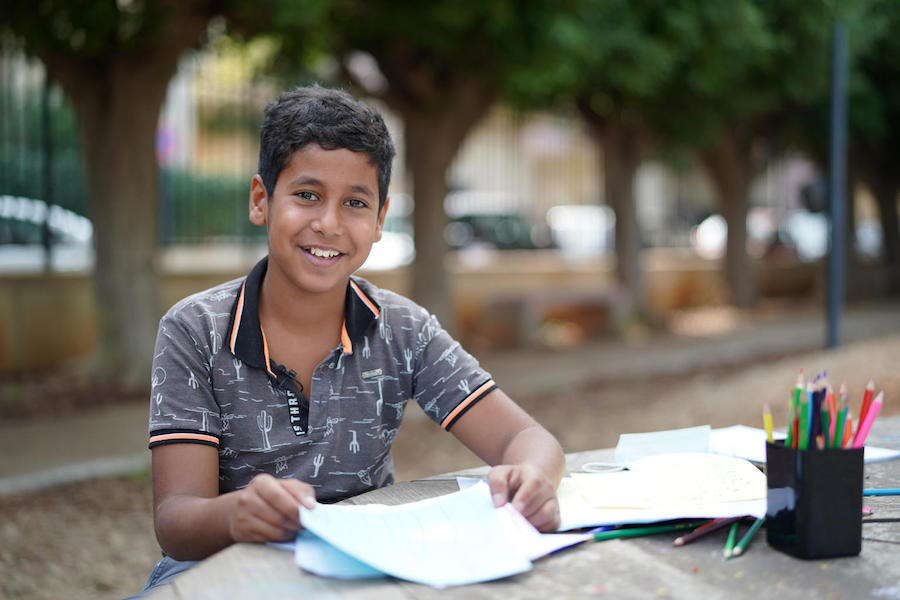 "My drawings are colorful now because I forgot about the explosion," Hussein said in October. "We are still repairing the house and there are many people repairing their houses as well, but I am not following the news ... and I no longer feel scared, even if there was a fire."

Eight months later, rebuilding efforts are well underway in Beirut, but Lebanon still faces multiple crises — economic collapse, the COVID-19 pandemic, the protracted refugee crisis. This Ramadan, spiraling inflation has left many families struggling to put food on the table and pushed the price of traditional treats for Iftar out of reach for many. A study by the American University of Beirut, called the "Fattoush Index," found that the cost of  ingredients in the popular salad — including lettuce, tomatoes, cucumber, parsley, radishes and bread — jumped 210 percent in the past 12 months.

For the children who lived through the Beirut port explosion, restoring their sense of safety and hope for the future is just as important as making sure their homes are repaired. Whatever it takes, UNICEF will be there, supporting thousands of children, parents and caregivers, and making sure every child has the chance to reach their full potential. "I wish ... to remain happy and to succeed in school,"  said Hussein. "I hope to grow older and make my mother proud of me."

Top photo: Ten-year-old Abdulkarim participates in psychosocial support activities at the Child-Friendly Space (CFS) set up by UNICEF at the Karantina public garden in Beirut, Lebanon on September 1, 2020. The CFS was set up to provide children traumatized by the Beirut port explosions with a place they could go to escape the upheaval in their community and just be kids for a while. © UNICEF/UNI366050/Choufany