A string of extreme weather events across Latin America and the Caribbean have left already vulnerable children and families increasingly desperate. UNICEF’s humanitarian action plans for the region in 2021 call for accelerated measures to increase community resilience against climate-related impacts, strengthen social protections and otherwise address root causes for migration from Guatemala, Honduras and other countries.

The two main reasons people migrate from Central America to Mexico and the U.S. are the same today as they were before COVID-19: rampant violence and crushing poverty.

Back-to-back hurricanes in November have only made things worse — piling new suffering on top of existing hardship and deprivation for millions of families in the region. 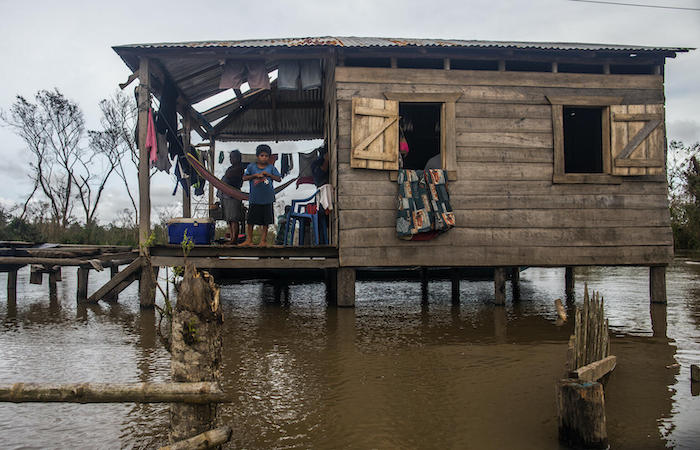 For weeks after Eta and then Iota swept through within days of each other, the heavy rains continued — along with the life-threatening flash floods and mudslides — in parts of Guatemala, Honduras, Nicaragua, Belize, El Salvador, Costa Rica and Panama. UNICEF estimates that as many as 9 million people have been adversely affected by the storms and their aftermath.

UNICEF's longer-term plans for humanitarian assistance in the region account for the fact that these extreme weather events will likely keep happening — more and more frequently, and with increasing intensity — as a result of climate change, threatening children's health, safety and well-being, and aggravating conditions that lead to migration.

'The worst hurricane scenario Honduras has ever seen'

The stories from those whose lives were abruptly — and perhaps permanently — upended by Eta and Iota drive home the horrors of this latest catastrophe. Families who lost everything are living in shelters where overcrowding heightens the risk of COVID and other infectious diseases, and where kids are in danger of being assaulted. Returning home is not an option as entire towns remain underwater.

"The long-term impact of these two storms are worse than Mitch — arguably the worst hurricane scenario Honduras has ever seen," UNICEF Honduras Representative Mark Connolly said, referring to the 1998 hurricane that claimed 7,000 lives in Honduras alone.

With water and sanitation systems in total collapse, entire communities have been evacuated, Connolly reported. Thousands of the displaced are forming caravans and trying to get into Guatemala. "They are living under bridges until they can make a break and get out of the country," he said.

UNICEF gives three reasons why the number of children in need of humanitarian assistance in the Latin America and Caribbean region (LACRO) more than tripled in 2020, from about 7 million in 2019 to at least 23.4 million: COVID-19, migration and extreme natural disasters exacerbated by climate change.

"Stronger hurricanes, larger migration flows and the COVID-19 pandemic have left millions of children without schooling, without protection, without water and without immunization," said Jean Gough, UNICEF LACRO regional director. "The region today is more unequal and more dangerous for children than it was a year ago." 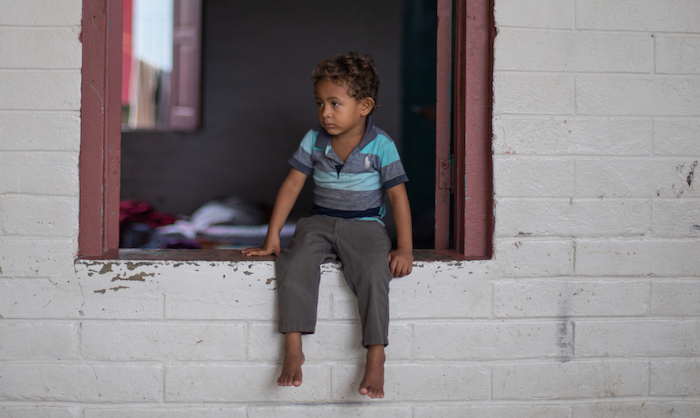 A child whose family was affected by flooding caused by Hurricanes Eta and Iota sits in the window of a school in El Progreso, Yoro, Honduras. © UNICEF/UN0372333/Cálix/AFP-Services

Poverty has also increased, as economies slumped and labor markets shrank in what has been described as the region's biggest contraction in 100 years. With economic instability — combined with school closures and lockdowns — comes an increased risk of violence, exploitation and abuse.

UNICEF's global humanitarian action plan for 2021 reflects an increasing sense of urgency around the need to address environmental degradation and climate change. As a mission priority, it is directly linked to UNICEF's goal of ensuring access to clean water, sanitation and hygiene (WASH) as essential to child survival and healthy development, and for good reasons: Floods and droughts and other catastrophes only compound water scarcity. Natural disasters destroy critical infrastructure and abet the spread of disease. Droughts cause crop failures and exacerbate food insecurity, which can trigger waves of migration and spikes in violence. 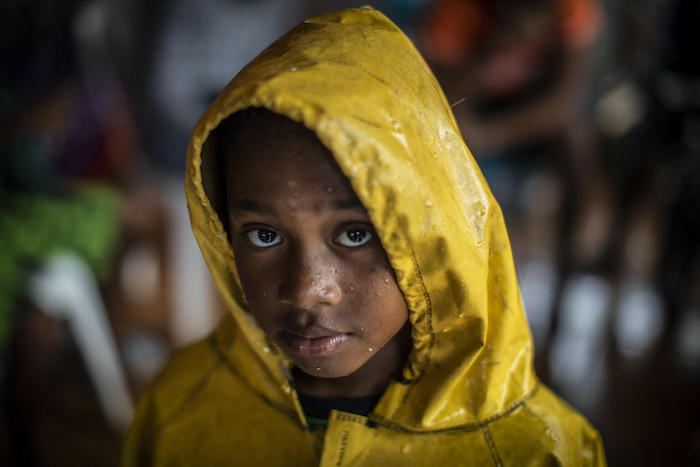 A young girl in Bilwi, Nicaragua heads home from the shelter where her family sought refuge during Hurricane Iota. © UNICEF/UN0372373/Ocon/AFP-Services

As UNICEF notes, the COVID-19 pandemic has reinforced the need for resilient, affordable and equitable services in the world's most vulnerable areas. UNICEF's strategy going forward is to continue focusing on children who are most affected by climate change and water scarcity, to arm communities against future climate shocks while also mitigating their effects.

To that end, UNICEF will be integrating its vision of climate resilience across its entire WASH program. This means using innovative technologies to find new water sources and develop multiple-use water systems, and planning, designing and constructing water systems that are pumped by solar energy, among other measures.

Support UNICEF's efforts to save and protect kids no matter where they live or where they are from.

Top photo: Thirteen-year-old Hernan and Dafne, 7, stand with their mother, Sonia, amid the wreckage of their home in Guatemala, destroyed by Hurricanes Eta and Iota. Landslides and floods caused by the two deadly storms have affected more than 1,892,000 people in the country. UNICEF has been on the ground since day one, providing safe water and hygiene kits and other emergency assistance to affected families. © UNICEF/UN0370049/Mussapp