Child Migrants in Central America, Mexico and the U.S.

At age 16, Alexis and a cousin packed their meager belongings and hit the road, hoping to escape the bitter poverty in Honduras. But for Alexis, the journey ended in Mexico, when he fell off a freight train, losing his right leg.
© UNICEF/UN028113/Zehbrauskas
717.00
14.00
Give Today
Help UNICEF and partners care for migrating children and their families, advise them of their rights, strengthen and support safe, cost-effective alternatives to detention and advocate for the equal treatment of all children, regardless of migration status.
Donate Today
Tell Congress
U.S. asylum seekers are being sent back to Mexico through the Migrant Protection Protocol (“Remain in Mexico” policy). Help end this policy, which is now jeopardizing children's rights to food, water, health care, shelter, education and safety.
Send an Email Now

Fleeing extreme gang violence and intimidation and stifling poverty, many Central American families and children are making the difficult decision to leave the homes they love in search of safety and a better life. Most come from the countries of Honduras, El Salvador, and Guatemala. Along the way to Mexico and the United States, they risk being kidnapped, trafficked, raped or killed. But many of these migrating families report that their choice is to flee or to die.

There is no sign this trend is letting up, as UNICEF vividly detailed in the report, Uprooted in Central America and Mexico.

“Millions of children in the region are victims of poverty, indifference, violence, forced migration and the fear of deportation," said María Cristina Perceval, UNICEF Regional Director for Latin America and the Caribbean. "In many cases, children who are sent back to their countries have no home to return to, end up deep in debt or are targeted by gangs. Being returned to impossible situations makes it more likely they will migrate again."

All children and young people are entitled to the same basic human rights, no matter where they're from or where they're going. Children forced to flee home deserve our protection every step of the way. #AChildIsAChild pic.twitter.com/0gku1mOFvk

From January to August 2019 alone, more than 32,000 children were returned from the United States and Mexico to El Salvador, Guatemala and Honduras, double the numbers for the same period the year before. Since then, new policies have emerged that expose families and children to many of the same dangers they hoped to leave behind.

The implementation of the Migrant Protection Protocols (MPP) in January 2019 and new asylum cooperation agreements have stranded thousands of migrant children — sometimes for months — in Mexican border cities while they wait for their asylum cases to move through the U.S. court system.

In many of these areas, migrant children and their families face exploitation, violence and abuse. Trapped in limbo, they struggle to access basic essential services and find safe shelter, both of which are hard to come by in cities like Matamoros, Mexico, where murder, armed robbery, carjacking, kidnapping, extortion and sexual assault are common.

Despite all obstacles, the flow of migration continues: families fleeing violence and poverty at home continue to make what is for most a traumatic and futile trek to the U.S. border. Between October 2018 and September 2019, the long, dangerous journeys of 72,873 unaccompanied children and 457,871 families ended with apprehension at the U.S. southwest border.

UNICEF’s multi-pronged intervention strategy works to protect children in their counties of origin, while in transit, at their destination, and upon return. Given UNICEF’s long-standing presence in Central America and Mexico, the organization has strong relationships with federal and local government actors, as well as other partners on the ground. UNICEF’s interventions include interrupting violence in Central America, providing psychosocial support to children in transit, promoting alternatives to immigration detention in destination countries, and working to safely reintegrate children back in to their communities if they are returned.

To help alleviate the root causes of the crisis, UNICEF is also working with governments in Central America and Mexico to address the forces — poverty, violence, crime and lack of education and opportunity — that drive children and their families to flee.

UNICEF uses a six-point plan to keep uprooted children around the world healthy and safe. But each point has a human story behind it. Check them out below. 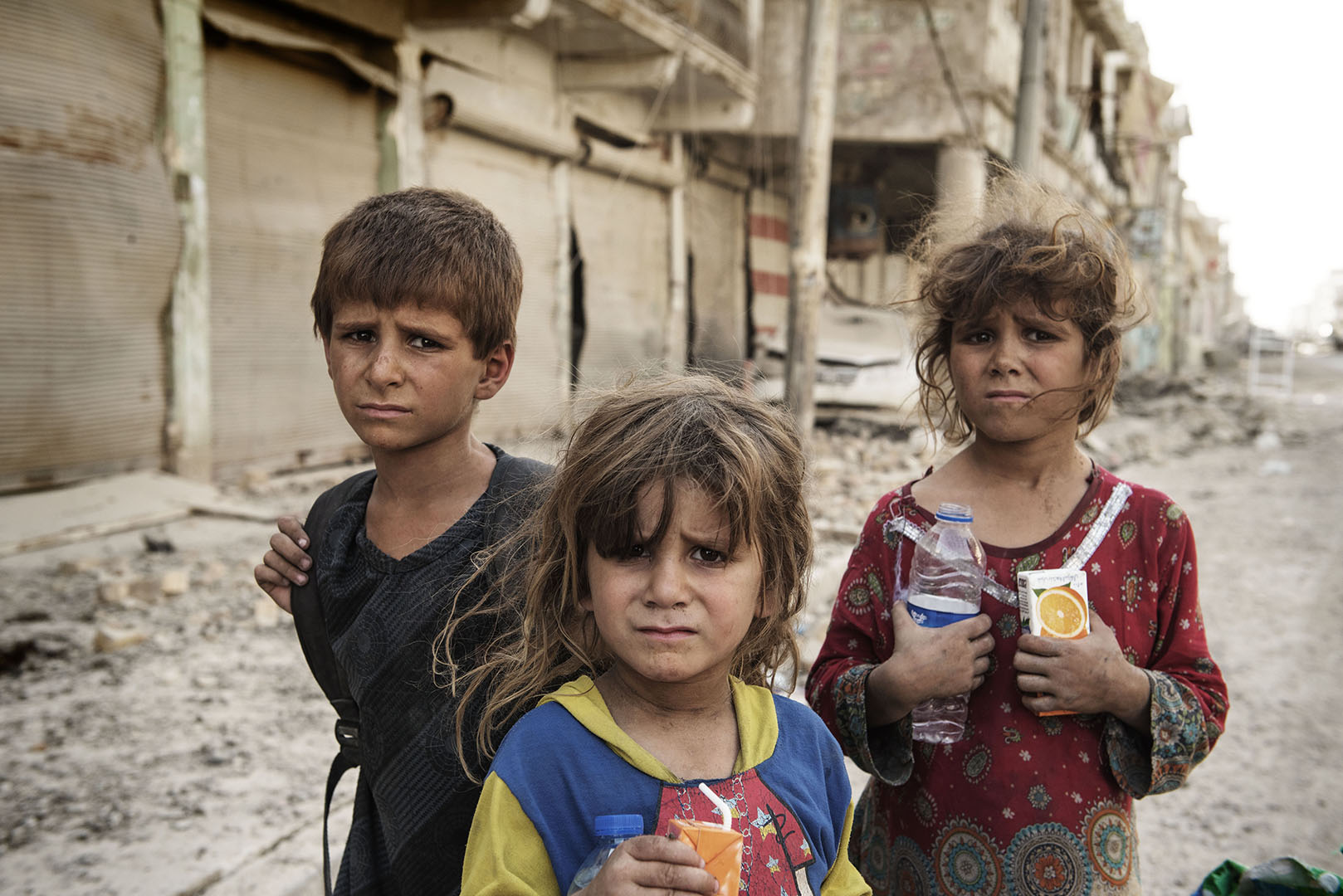 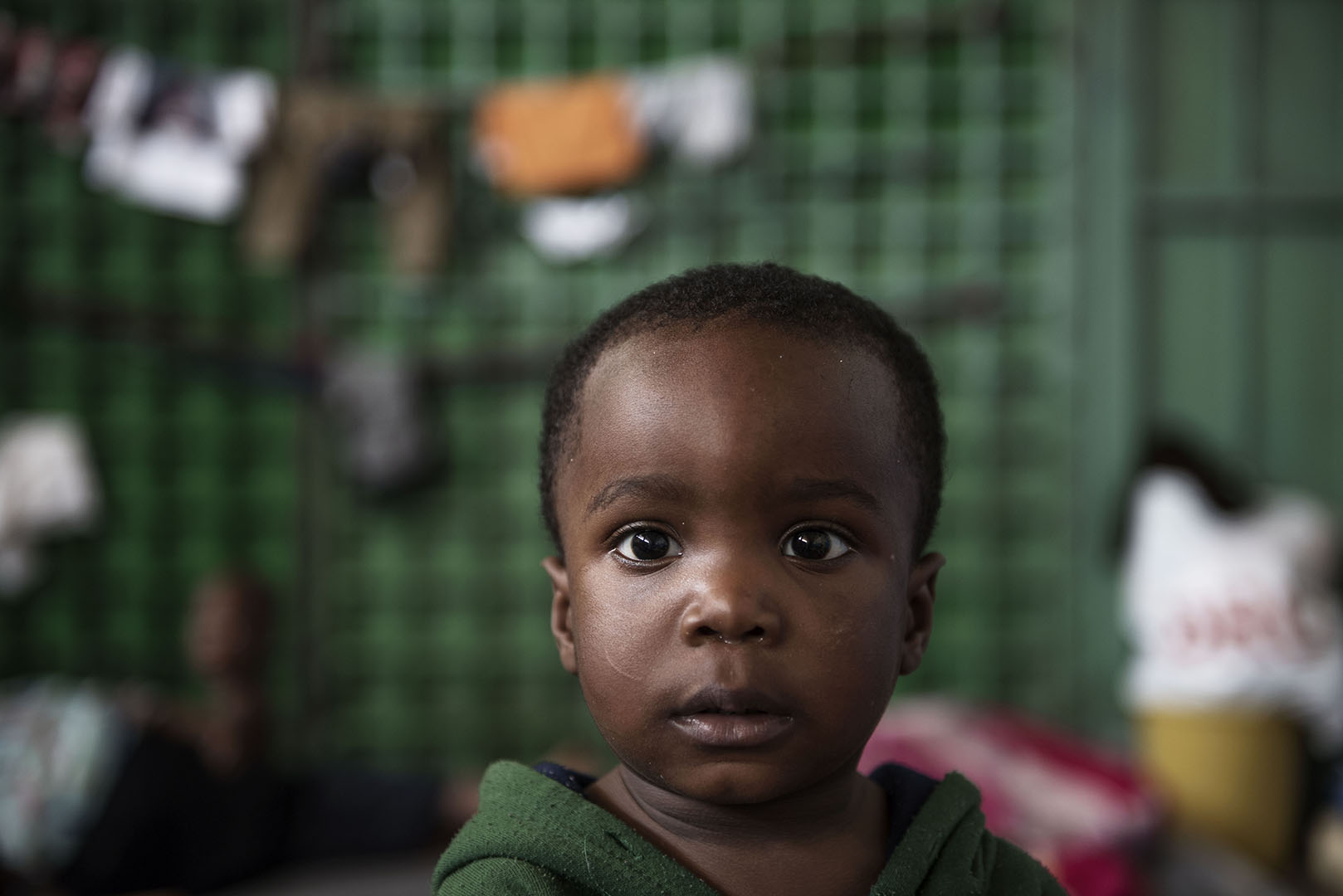 End the Detention of Refugee and Migrant Children
Learn More 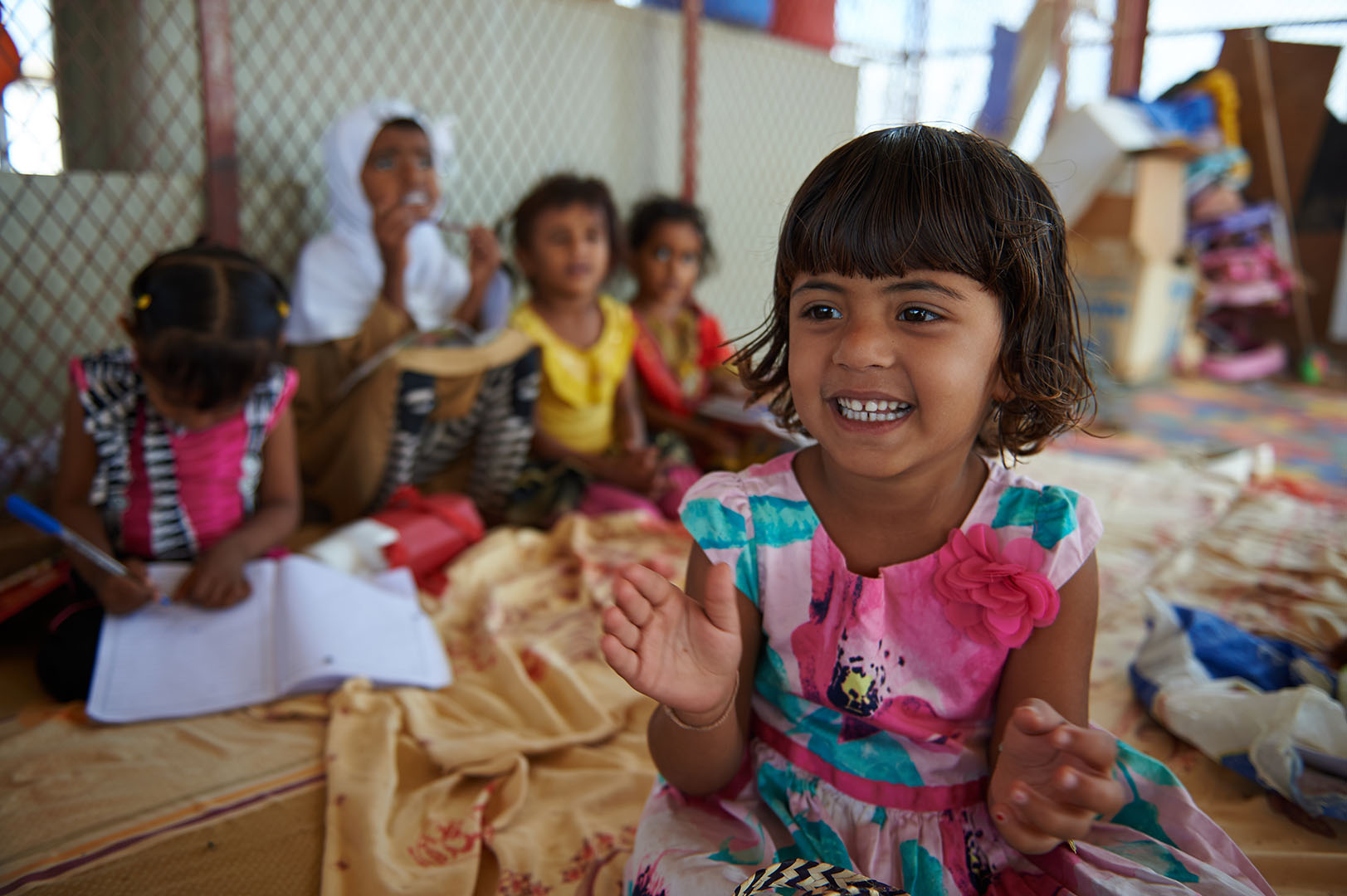 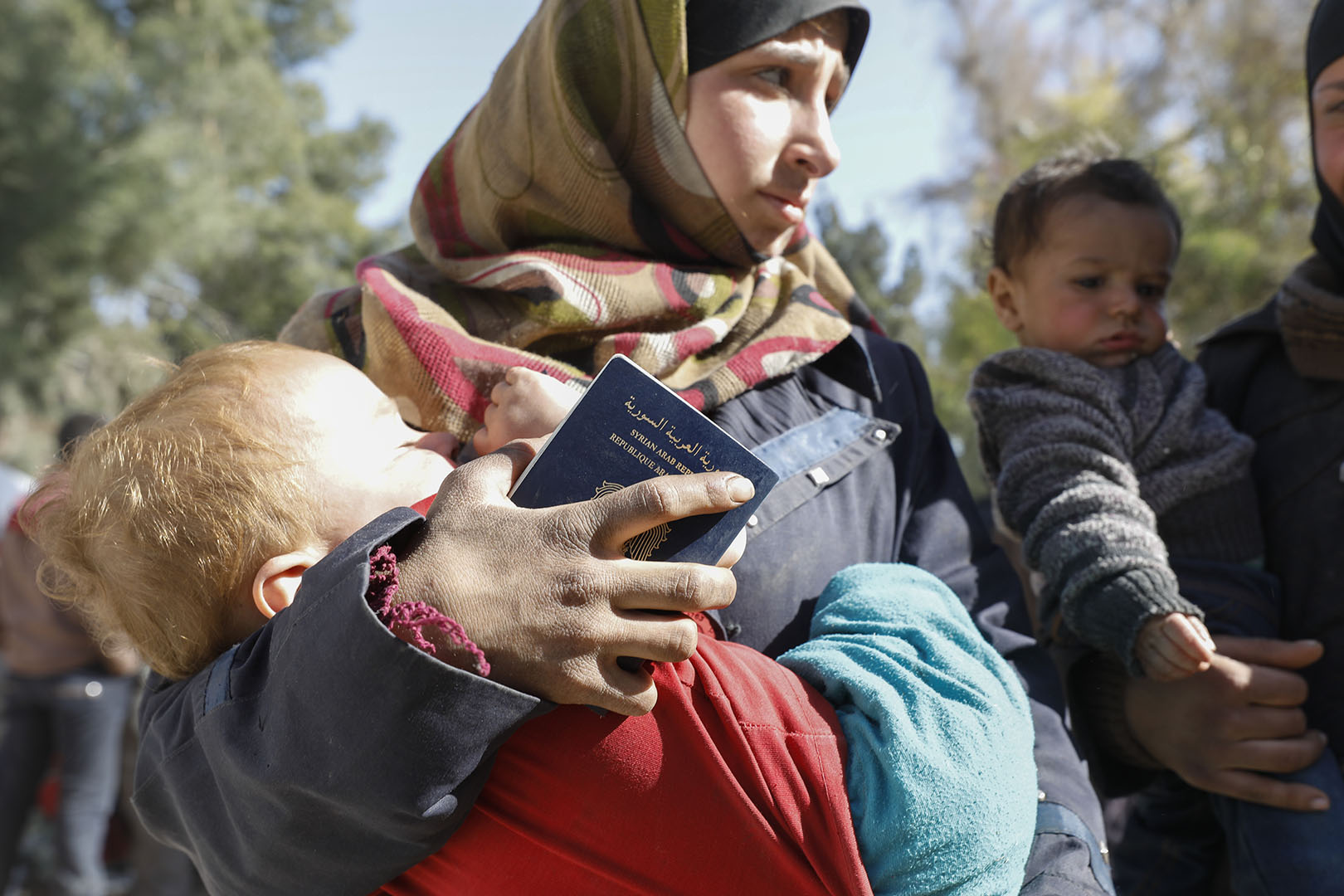 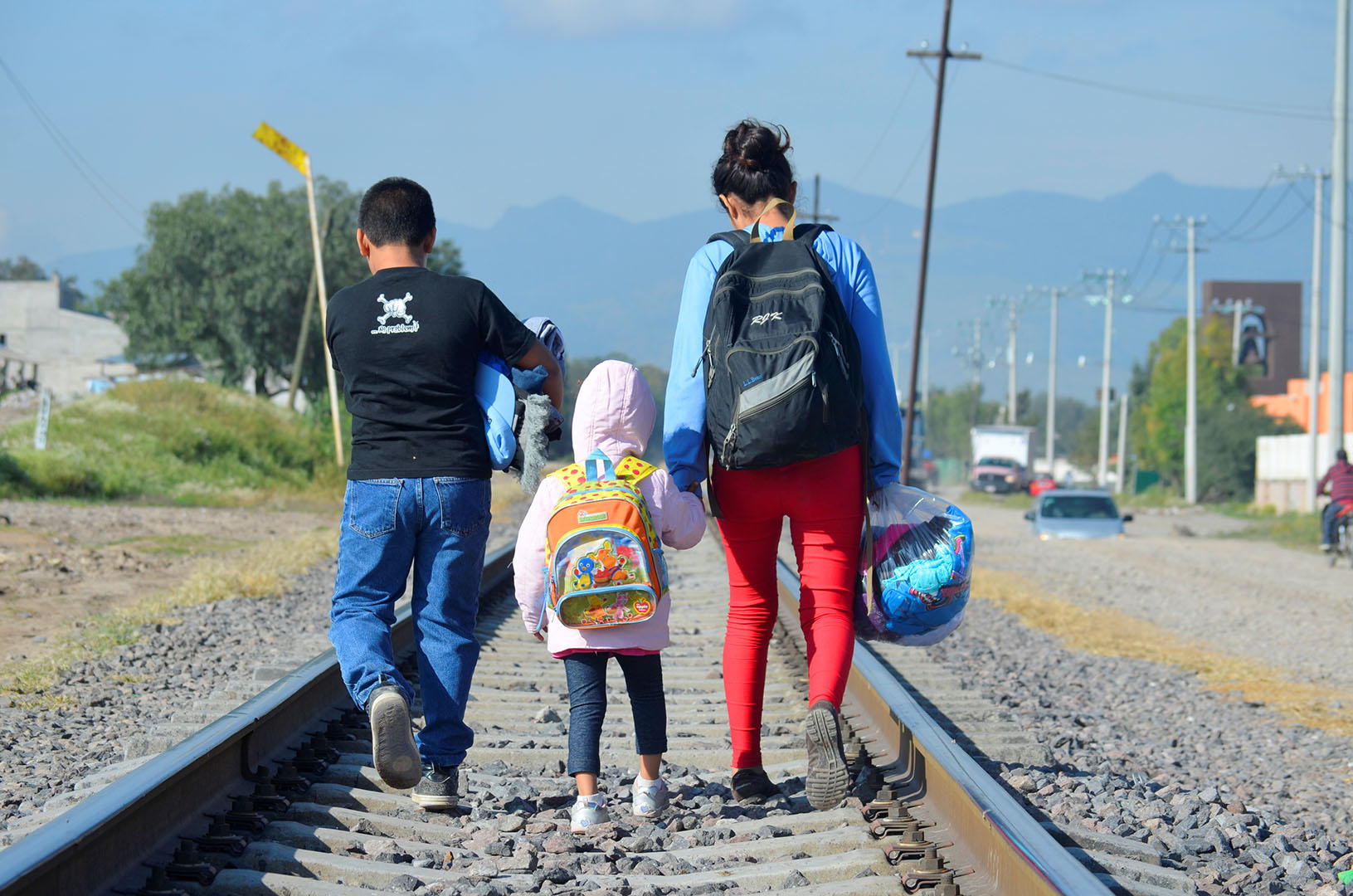 Help Migrant Children Fleeing Violence and Poverty
A child is a child. UNICEF works with partners to help and protect migrant and refugee children every step of the way.

Inside Look: COVID-19 and Child Protection in Guatemala
What it means to be a child migrant during a pandemic, & how UNICEF is tackling the issues that force children to flee in the first place.

Inside Look: How COVID-19 Further Endangers Migrant Kids in Mexico
UNICEF USA talks to Deputy Rep Pressia Arafin-Cabo about protecting vulnerable children on the move in the midst of a global pandemic.

Inside Look: Coping With COVID-19 in El Salvador
A conversation with UNICEF El Salvador about supporting returning migrants and other vulnerable kids in the country during the pandemic.

Children Seeking Asylum Deserve Protection
The U.S. must stop using COVID-19 as a pretext for deporting migrant children who have tested negative and pose no public health threat.
END_OF_DOCUMENT_TOKEN_TO_BE_REPLACED