Job's Story in 360: Join Us on the Road to Making Polio History

Meet Job, 9 — one of the last children in Kenya to contract polio — and Sabina, a Kenyan vaccinator who will do whatever it takes to ensure that no child should ever suffer polio again, in our 360 / VR film narrated by UNICEF Goodwill Ambassador Ewan McGregor.

Vaccines work. The world has made remarkable progress against polio. Cases have fallen by 99.9% since 1988, when the global effort to eradicate polio was launched. The virus is now only found in some of the most difficult-to-reach regions of Pakistan, Afghanistan and Nigeria. So far in 2017, there have been only five reported cases.

Watch in 360/VR: On the Road to Making Polio History

In 1988, UNICEF joined the Global Polio Eradication Initiative along with Rotary International and other partners, launching a campaign to rid the world of polio. At the time, the highly-infectious disease was at a peak, crippling more than 350,000 children in 125 countries annually.

Challenges remain — until virus transmission is interrupted in Afghanistan, Nigeria and Pakistan, all countries remain at risk of importation of polio, especially those with weak health and immunization services and links to the endemic countries — but we have the opportunity in the months ahead to eradicate polio forever and ensure that every child is able to live a polio-free life. We will not stop until polio is no longer a threat to any child, anywhere. Join us in making history. 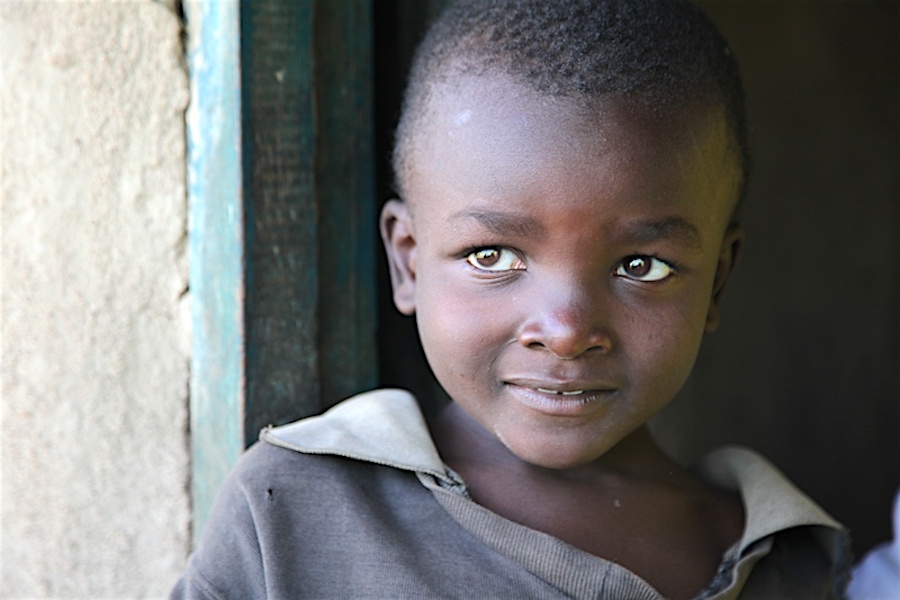 Job is small for his age, walks with a limp and sometimes has trouble keeping up with his friends. His plight is a reminder of polio's devastating effects on children and the need to keep fighting until the disease is eradicated once and for all. © UNICEF/UN033842/Laban