In countries around the world, from Ukraine and Yemen to Afghanistan and the Democratic Republic of Congo, one of the ways UNICEF helps families caught in crisis is through humanitarian cash transfers.

Through the program, families impacted by conflict, flooding, drought and other emergencies receive a cash stipend they can use to buy food, clothing, school supplies, medicines and other essentials.

The approach is an increasingly popular one in emergency settings where goods and services are to some extent available, yet crisis conditions have made it difficult or impossible for families to afford them.

Unconditional cash payments give families the dignity to decide for themselves what to buy, according to their own immediate needs. The program is meant to complement direct delivery of humanitarian supplies.

Here are a few examples of how cash assistance is having a positive impact for children in countries around the world.

Reducing risks of child labor and child marriage in Yemen

Providing unconditional cash transfers to families in need in Yemen has long been an important component of UNICEF's response to the protracted humanitarian crisis in the country. Launched in 2017 with funding from the World Bank, the program helps beneficiaries buy food and pay for health care and other essential services,. It has reached millions of families in recent years, helping them avoid desperate measures like sending children to work or into an early marriage.

Years of war in Yemen have pushed the nation into a near-permanent state of food insecurity. Today, there are more than 2.3 million children across the country who are acutely malnourished. Nearly 400,000 are severely malnourished. UNICEF continues to work with partners to link families with case managers who can coordinate assistance and make service referrals. 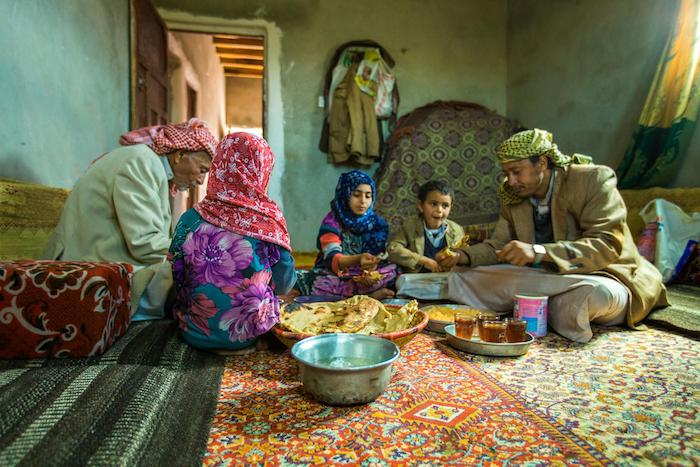 In Yemen, a family supported by UNICEF sits down to a meal. UNICEF's cash transfer program in the country is an integral part of the emergency response to widespread food insecurity exacerbated by years of conflict and economic strife. © UNICEF Yemen

Cash assistance is helping thousands of families displaced by the ongoing war in Syria, like Maysaa’s of Aleppo. Struggling to care for her children, 9-year-old Radwan and 5-year-old Rimas, in a house damaged by shelling, Maysaa registered for help in September 2022 through UNICEF’s winter assistance program, which includes three rounds of unconditional cash payments during the coldest winter months to help vulnerable families with children cover costs of fuel for heating, gas for cooking, warm clothes and blankets.

Maysaa received her first cash transfer, the equivalent of $60, in November 2022. She used the money to buy winter clothes for her children and plans to spend the second payment on fuel.

UNICEF aims to reach 9,500 families living in the most vulnerable neighborhoods in Aleppo with the multi-purpose cash for winter assistance. 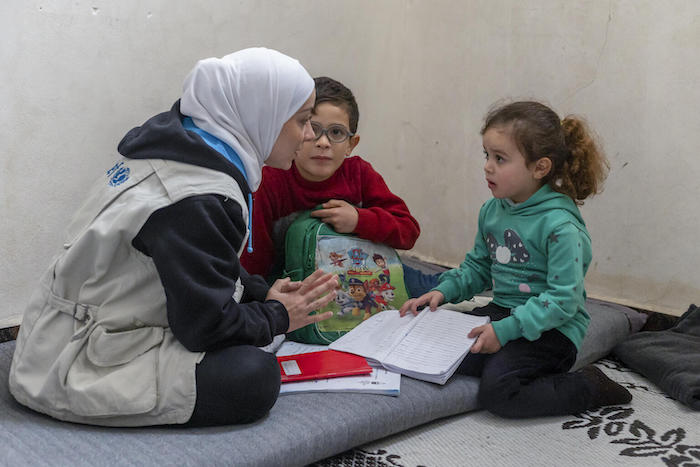 Improving child nutrition in the DRC

In Manono, Tanganyika Province, Democratic Republic of the Congo, Pauline and her family are beneficiary of a UNICEF program called Cash for Nutrition, designed specifically for families with acutely malnourished children — helping to make sure that, once children are treated and recover, they do not relapse. This requires a balanced diet.

Pauline's son Prezo used to eat only one meal of cassava a day. Now he has regular access to meat, fish and eggs, and eats several times a day.

Pauline used the cash assistance she received to restart her bread oven and launch a separate small business selling palm oil — earning enough income to afford the different foods for her child. Selling about 1,000 loaves of bread each month, she is able to cover other basic household expenses as well.

The support from UNICEF "saved my son," Pauline says. "I am very grateful."

Solange is another mother of a severely malnourished child in the DRC who used the cash assistance she received from UNICEF to invest in a new source of income. "I chose to start raising goats," she says. "I know that my children will not go hungry anymore, and if they get sick, the sale of a goat will help us." 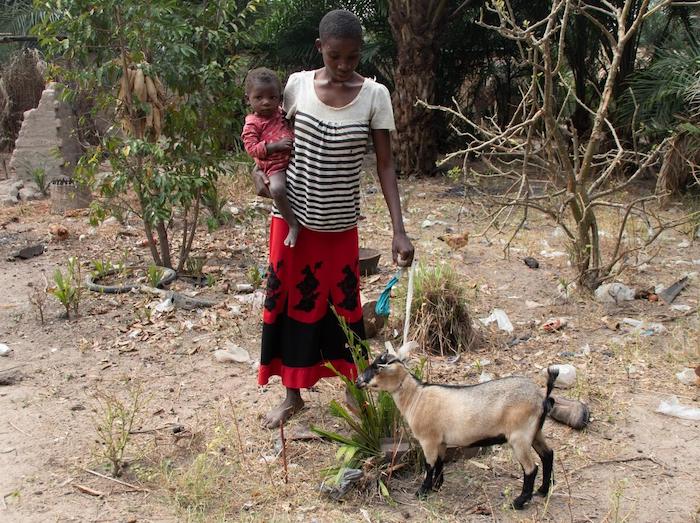 In the Democratic Republic of Congo, Solange holds her 2-year-old daughter, who was recently treated for severe malnutrition. Solange is able to buy nutritious food with the cash assistance she receives from UNICEF. She also used some of the money to buy goats. © UNICEF/UN0689992/Ngombua

In the months following the Taliban takeover, the freezing of Afghan international reserves, sudden stop in public spending and employment, and the near collapse of the national economy resulted in a precipitous decline in household-level conditions across Afghanistan. The decline triggered many households to adopt negative coping mechanisms for survival, including reports of families selling off children, often for child marriage.

Badghis Province was one of the most affected areas in the country. The multipurpose cash transfer program in the area aims to mitigate these and other risks to children's safety and well-being by helping vulnerable families overcome financial barriers and access essential goods and services. The program is delivering cash transfers to more than 36,000 households — reaching approximately 130,000 children across the province over a three-month period. Each household receives a monthly payment of equivalent of $90 per month. 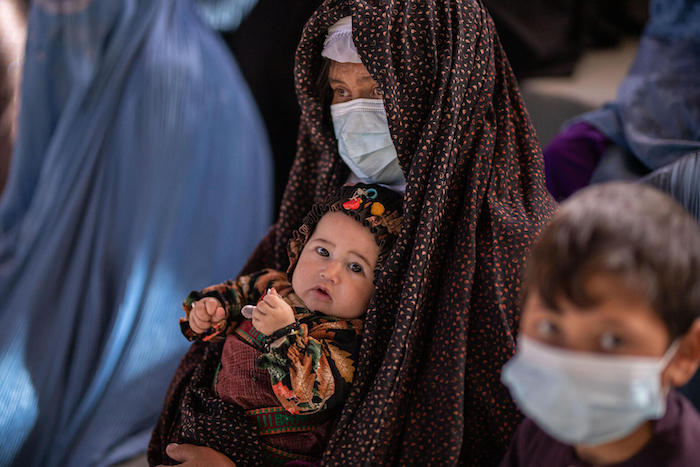 Aiding families forced out of their homes by war in Ukraine

UNICEF's Spilno cash assistance program has already reached hundreds of thousands of children and families displaced and otherwise impacted by the war in Ukraine.

That includes Yuliana, who fled eastern Ukraine with her five children and one grandchild when their village came under shelling.

"We came with nothing, just the clothes we were wearing," Yuliana says.

With the money she received through the program, Yuliana bought warm clothes and shoes, blankets and other items, including mobile phones for the children so they could access remote learning.

The Spilno program prioritizes families with three or more children and those raising at least one child with a disability across Ukraine. The target beneficiary group is based on a 2020 child poverty report, which found that 47 percent of families in Ukraine were living in poverty; and that among these, 81 percent of households with three or more children lived below the national poverty line.

“This program is about helping families in a crisis do what they believe is best for their children,” says Murat Sahin, UNICEF Representative in Ukraine. “No one is in a better position to decide how to get the most out of this support than a parent or guardian.”

In 2020, UNICEF issued an urgent call for Universal Child Benefits — cash benefits paid to all families with children — to counter the economic fallout from COVID-19. Learn more.

Help UNICEF reach more families in crisis with the support they need to access essential goods and services. Donate today.

Top photo: With cash assistance from UNICEF, Pauline, a mother from Manono, Tangayika Province, Democratic Republic of the Congo, was able to restart her bread business and earn enough money to diversify her child's diet and keep him well nourished. © UNICEF/UN0689304/Ngombua. Video edited by Tong Su for UNICEF USA.