Now in its fifth year, the conflict in Yemen has devastated the country's economy, leaving parents scrambling to provide food, health care and other necessities for their children. More than 11 million children are in need of humanitarian assistance.

The support of generous donors has helped UNICEF and partners reach Yemen's most vulnerable families with the assistance they so desperately need to survive.

Between June 16 and July 15, nearly 9 million people across Yemen received emergency cash assistance in the fifth payment cycle by UNICEF to help cover their basic nutrition, health and education needs. Some 1.5 million of Yemen's poorest families were given, on average, US$30 paid in Yemeni Rial, their quarterly payment of the Yemen Emergency Cash Transfer (ECT) Project launched in August 2017. 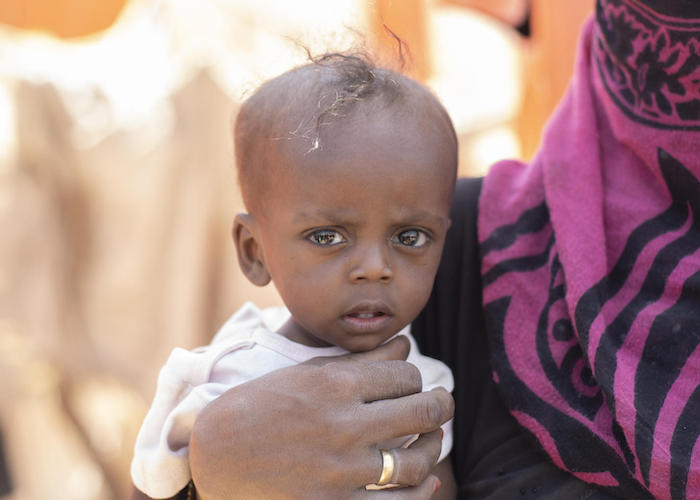 Saud Humadi, mother of five, holds her severely malnourished baby, Saeed, in a camp for internally displaced persons in Lahj governorate, southern Yemen, 2019. Intensive fighting forced the family to flee their home in Taiz and hastened their slide into ever deepening poverty. © UNICEF/UN0320193/Baholis

"With the money I get from the project, I buy wheat, sugar, oil and other food stuffs," says Fatima Hussain Al-Tayari, a 55-year-old widow and mother of five who lives on the outskirts of Yemen's capital, Sana'a. "Although the amount is not big, it still covers living and food expenses. We eagerly wait this amount of money just like we wait for lunch and dinner."

With the money I get from the project, I buy wheat, sugar, oil and other food stuffs. — Fatima Hussain Al-Tayari, mother of five 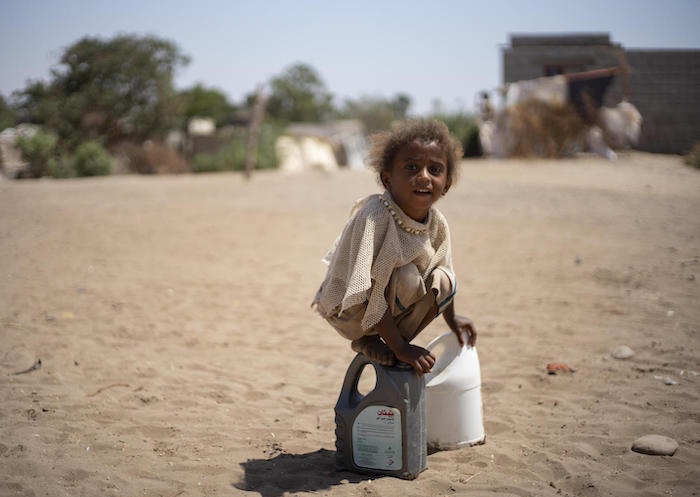 Most families in Yemen have depleted their financial resources. To survive, many have been forced to resort to early marriage and child labor. The emergency cash assistance helps families stay alive, but the needs are enormous and much more needs to be done.

Children in Yemen didn't start the war, but they are paying the highest price. Thank you for your generous contribution. With your sustained support, UNICEF can continue providing the services and protection vulnerable children need to survive and thrive.