A single health worker can save thousands of lives by vaccinating children against deadly diseases ⎯ but it’s not always easy. During World Immunization Week 2018, we honor the men and women who are heroes in the global fight to improve child survival.

When it comes to child survival, vaccines are one of the greatest success stories in history. These safe, inexpensive and highly cost-effective medical interventions save an estimated 2 to 3 million lives each year. Since 2000 alone, global vaccination efforts have contributed to the immunization of nearly 640 million children in the world’s poorest countries.

Still, far too many children aren’t getting vaccinated because they live in some of the most remote places on earth — places without the electricity, roads or health services that make vaccination such a routine part of childhood elsewhere. Approximately 19.5 million infants worldwide are still missing out on basic immunizations.

Vaccinating children in the world’s most remote and dangerous corners is not an average job. It is not even an average health worker job. The work requires ingenuity, bravery, deep commitment and, every once in a while, a donkey.

Georgette in the Central Africa Republic 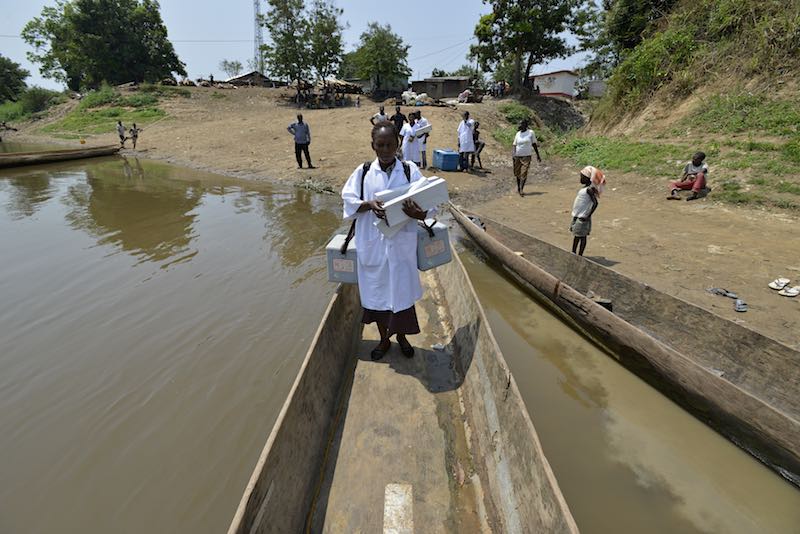 Take the Central African Republic, for example. Decades of conflict there have left a legacy of deep poverty and crippled infrastructure. Nurses like Georgette Kozimongo must get a little creative to reach children who need immunization. Georgette works in the capital, Bangui, but villages just beyond the city’s outskirts are often inaccessible by car because of washed out roads or armed groups.

The work is tiring and often dangerous. But, for the children they visit, it can be a matter of life and death.

Once a month, Georgette and her colleagues rent a dugout canoe, scrounge for gas to power its outboard motor, fill their coolers with measles and polio vaccines to preserve their efficacy at the required cold temperature (a vaccine delivery process known as the “cold chain”), and set out on the Oubangui River. They stop at villages where parents are waiting eagerly with their children. Setting up beneath the shade of a tree, Georgette and the others will quickly administer the shots (for measles) and drops (for polio) that will protect children against these diseases. Then it’s on to the next village. The work is tiring and often dangerous. But, for the children they visit, it can be a matter of life and death. 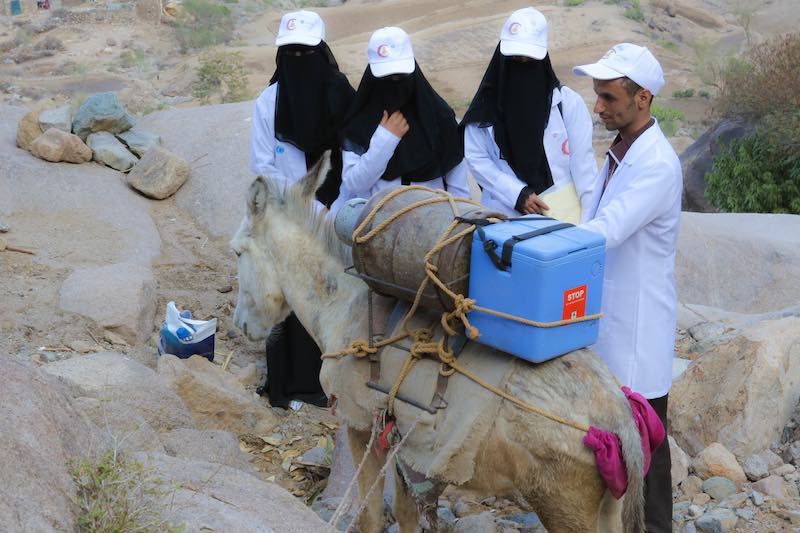 Ahmed Ahmed Abudllah and his three colleagues recruit a hardy donkey to help them bring polio vaccines to a remote village in Yemen. © UNICEF/UN057311/Al-Zikri

For Ahmed Ahmed Abudllah, it is not at all easy to get vaccines from the big refrigerated warehouse in Yemen’s capital of Sana’a to the remote mountain village of Al’anaf. The ongoing civil war means he must choose his route carefully. But, in addition to the danger, there are logistical challenges: To keep the vaccines cold, Ahmed has to bring a refrigerated container with him. He also needs to bring a large can of gas to power the village’s generator so it can keep the vaccine container cold.

We need to vaccinate our children because they are a part of us. We will not leave out even a single child.

Luckily, Yemeni donkeys are good climbers. With the gas can and vaccine container strapped to their small but sturdy four-legged assistant’s back, Ahmed and his colleagues scramble up a steep rocky slope towards Al’anaf. It’s a long and very hot trip, but they are determined. At that moment, all across Yemen, 40,000 vaccinators like Ahmed are spreading out to immunize 5 million children against polio. They climb mountains, cross roadless valleys and skirt hostile frontlines. “We need to vaccinate our children because they are a part of us,” says Ahmed. “We will not leave out even a single child.” 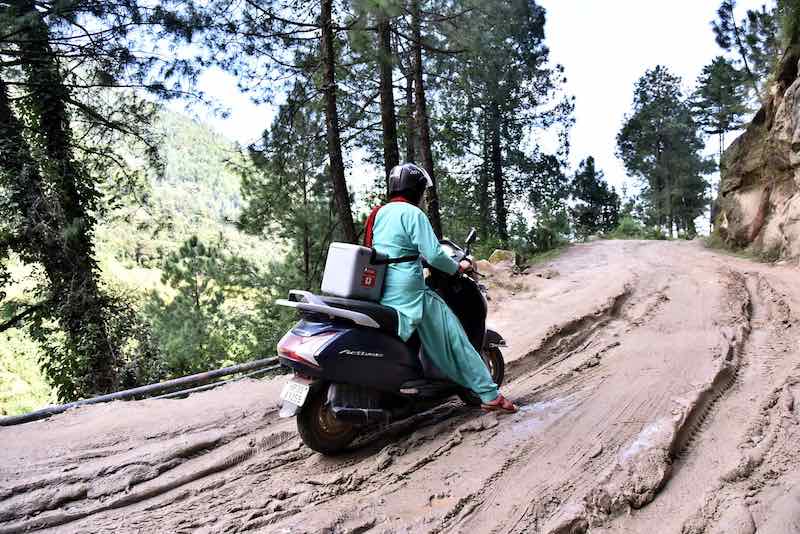 Measles can be particularly dangerous in low-income countries, where children have limited or no access to medical treatment and may be malnourished. In India, measles killed 49,2000 children in 2016. But, with help from partners like UNICEF, India is fighting back. In 2017, the Indian government launched a massive campaign to immunize 35 million children against measles and rubella using the combined MR vaccine.

Preventable diseases get stamped out: worker by worker, vaccine by vaccine, child by child.

India’s remote areas, like the mountainous regions of Himachal Pradesh, pose extra challenges to health workers entrusted to administer the vaccine. When the rainy season begins, dirt roads can turn into tire-sucking goo. Geeta, a health worker in the Mandi District, discovered that the best way to navigate the dicey roads is by motor scooter. After stopping at the regional health center to pack a portable cooler with MR vaccines, she straps the cooler over her shoulder, puts on her helmet, and heads up the steep roads towards the district’s mountain villages. It will be a long day, but this is how preventable diseases get stamped out: worker by worker, vaccine by vaccine, child by child.

We owe it to the world's children to overcome barriers to vaccination.

"Immunization is one of the main reasons global child mortality has plummeted since 1990, yet tragically an estimated 1.5 million children still die every year from a disease that could have been easily prevented by a vaccine,” says Caryl M. Stern, President & CEO of UNICEF USA. ”We know the challenges — poverty, conflict, misinformation and the difficulty in reaching the most remote and marginalized communities — but we owe it to the world's children to overcome these barriers." Despite conflict and danger, UNICEF and partners help ensure that girls like this one get vaccinated in places like Damascus, Syria. ©UNICEF/UN0126030/Al-Asadi