Futures at Risk: Wars and Disasters Are Keeping Children Out of School

More than 104 million children growing up amidst humanitarian crises worldwide are missing out on an education.

In countries affected by wars, conflicts and natural disasters, children are the most vulnerable. They often lose their homes, family members, friends, sense of safety and routine. When they can't go to school, their futures are also at risk.

According to a new UNICEF report, A Future Stolen: Young and Out-of-School, more than 104 million children between the ages of 5 and 17 — one out of every three — are out of school in countries affected by conflicts and natural disasters.

Here's a closer look at three countries where protracted violence is putting children's futures in jeopardy: 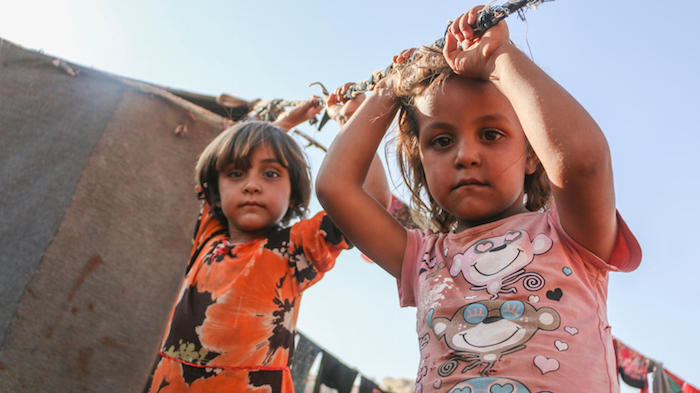 Since Syria's civil war began in 2011, children have paid the highest price. Millions of children have never known peace. Access to basic and lifesaving services has been severely restricted and, in some areas, completely cut off. More than 13 million people, including 5.3 million children, need urgent lifesaving assistance. The conflict has prevented 2.8 million children from getting an education. In parts of Syria, going to school has become a matter of life and death due to unrelenting violence and frequent attacks on schools.

The conflict in Yemen has taken a devastating toll on children. More than 11 million children — nearly every child in the country — need emergency humanitarian aid including nutrition, safe drinking water, vaccines and educational assistance. Almost 2.2 million people, nearly half of them children, have been forced from their homes. Across the country, there are acute shortages of food, fuel and medicine. Families desperate to feed and protect their children are turning to child marriage. More than 4 million children are out of school. Education for these children cannot wait. 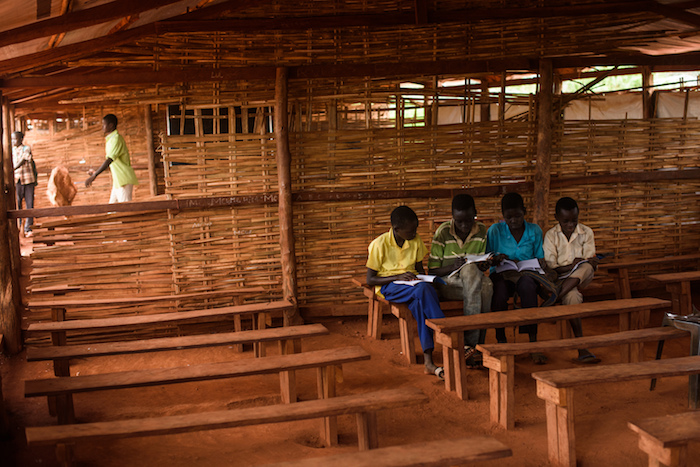 Students look at their workbooks at the only primary school in the Protection of Civilians (PoC) site in Wau, South Sudan. More than 2,600 students are enrolled in the UNICEF-supported school. Classes meet in two shifts every day, with one teacher for every 100 students. © UNICEF/UN070615/Hatcher-Moore

Violence in South Sudan has pushed hundreds of thousands of children out of school. Since the conflict began in 2013, one in three schools across the country has been damaged, destroyed, occupied or closed. South Sudan has the highest proportion of out-of-school children in the world. More than 2 million children — more than 70 percent of those who should be in school — are missing out on an education.

Every child has the right to go to school and to learn. Education transforms lives, providing children with a path out of poverty and the opportunity to build a better future for themselves, their families and their communities. UNICEF works to ensure that children in humanitarian crises have access to education by setting up safe learning spaces, providing School-In-A-Box kits and other supplies, and training teachers.

Please support UNICEF's education programs for children in crisis zones around the world.