For nearly two years, UNICEF and partners rallied to fight the second largest Ebola outbreak in history. Now, just as the World Health Organization has declared the battle officially over, new cases in a separate, smaller outbreak have been reported in the northwestern city of Mbandaka.

After almost two years and 2,287 deaths, the Ebola outbreak in Eastern Democratic Republic of the Congo is officially over. The World Health Organization made the announcement on June 25.

The outbreak — the world's second deadliest, after the 2014-2016 outbreak in West Africa which killed more than 11,000 people — was the first to take place in an active conflict zone. A total of 3,470 people were infected, 28 percent of them children.

Ebola is transmitted from sick or dead people or animals, and causes fever, bleeding, weakness and abdominal pain. The disease has a mortality rate between 50 and 60 percent but can be as high as 78 percent among children under 5.

During the Eastern DRC outbreak, UNICEF:

"Our experience tackling the outbreak in Eastern DRC has shown us that strategic partnerships with community, religious leaders, journalists, radio stations and civil society organizations, as well as generous funding, are instrumental to containing disease outbreak," said UNICEF DRC Representative Edouard Beigbeder. "These valuable lessons are helping us in our current effort to tackle the new Ebola outbreak in Equateur Province, while also responding to the ongoing COVID-19 pandemic."

UNICEF is rushing supplies and staff to Equateur Province, where new Ebola cases have been confirmed 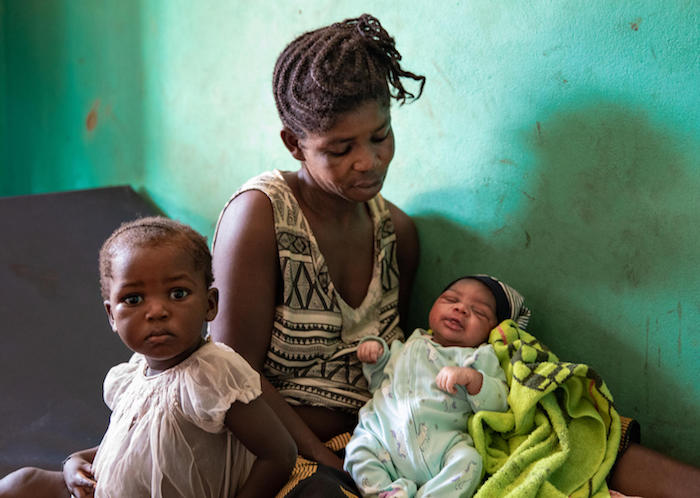 On a recent visit to the village of Lolifa outside the city of Mbandaka, Democratic Republic of the Congo, UNICEF DRC Representative Edouard Beigbeder met with this mother of a toddler and a newborn baby girl. UNICEF is working to contain a fresh outbreak of Ebola centered in Mbandaka. © UNICEF/UNI340387/Desjardins

The latest Ebola cases in Equateur were first confirmed on June 1; to date, 24 people have been infected and 13 have died, including a 15-year-old girl. UNICEF quickly deployed water, hygiene and sanitation supplies, and has been working alongside local government and civil society partners to share critical information about Ebola symptoms, prevention and treatment, and to stamp out rumors and misinformation.

"We would not have been able to reach the end of the outbreak in Eastern DRC without massive mobilization of financial and human resources," said Beigbeder. "It is more important than ever that international donors support the country's already overburdened health systems to fight against the disease and tackle the impacts on children and their families."

Your generous donation will support UNICEF programs that help children survive and thrive.

Top photo: UNICEF-supported health workers celebrate the end of the Ebola outbreak in Eastern Democratic Republic of the Congo in June 2020. © UNICEF/UNI342765/Wenga