Fighting Ebola With Road Shows and Radio Spots in Burundi

More than a year after the Ebola outbreak began in DRC, the chance of the virus spreading to neighboring countries remains high.

The ongoing outbreak of Ebola virus disease in the Democratic Republic of Congo (DRC), which started in August 2018, has been declared a public health emergency of international concern. At least 3,200 cases have been reported and more than 2,100 people have died. The risk of the outbreak spreading into neighboring border countries such as Burundi remains high. In Gatumba, Burundi in August 2019, a boy examines posters as part of an Ebola awareness campaign organized by UNICEF Burundi's Communication for Development (C4D) team. © UNICEF/UN0337080/Boujrada

In Gatumba, a few yards away from the local market, a dozen people gather to listen to a song coming from big speakers on the top of a van with big posters on its sides. A child stops to grab an Ebola brochure from one of the local health educators.

A few minutes later, more people surround the van, and the staff distributes brochures to all. With the help of Jean Louison Miango Makunda, UNICEF Burundi's Communication for Development (C4D) consultant on Ebola preparedness, health educators begin a Q & A: "Do you have an idea what Ebola is? What are the symptoms of Ebola? Do you know what you need to do to avoid being infected?" 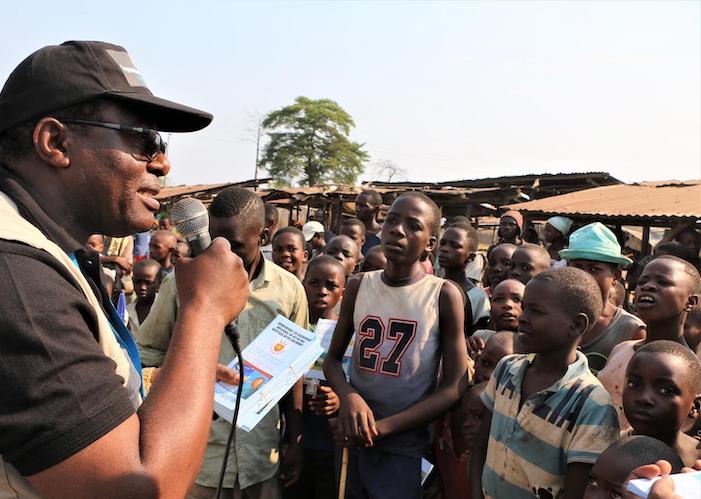 On August 7, 2019, Jean Louison Miango Makunda, UNICEF Burundi's Communication for Development (C4D) consultant on Ebola preparedness, speaks with children and distributes brochures in Gatumba, Burundi. The brochures outline the risks and symptoms of Ebola as well as prevention techniques, including basic hygiene practices such as frequent and thorough hand washing. © UNICEF/UN0337084/Boujrada

Most people in the community are fishermen who regularly cross the border to DRC via Lake Tanganyika. Many acknowledge that they have limited knowledge of Ebola. They also report that rumors spread quickly, false information too, and some are apprehensive. 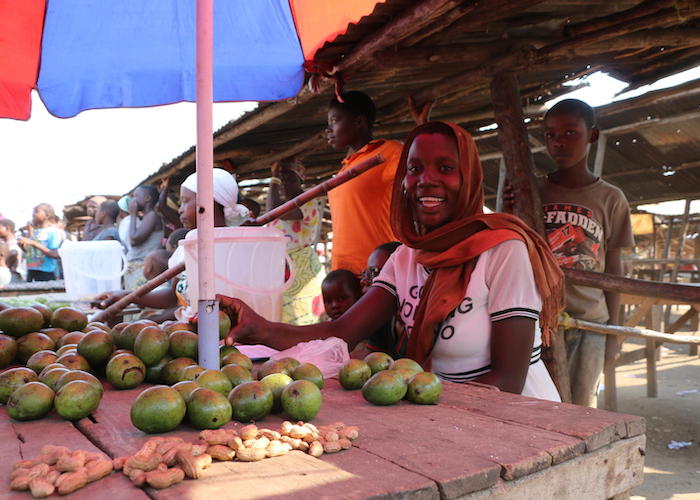 Estelle Nikoyagize, 23, sells mangoes in the market in Gatumba, Burundi, interacting daily with suppliers from neighboring Democratic Republic of Congo, where health workers have been battling an Ebola outbreak for more than a year. A UNICEF-supported Ebola awareness campaign in Burundi is helping local communities prevent the spread of the disease. © UNICEF/UN0335842/Boujrada

Like Emelyne Niyoukuru, a 40-year-old mother of four, the majority of the Gatumba community relies on the local radio for the latest news.

Asked about Ebola, Niyoukuru explains, "It was on the radio that we heard about Ebola in the DRC. I was worried about myself and my family. I don't know anything about how to prevent Ebola. Today, I saw people coming to raise awareness and I learned a lot. I got a brochure with drawings. It's very useful and easy to understand. People in charge should make more effort to increase awareness so that we all can contribute to preventing Ebola from arriving in Burundi."

Niyoukuru sells vegetables in the village's market, all day, every day. She and a dozen other women and men deal directly with traders coming from DRC. The risk of transmission is potentially high, but preparedness is strengthened through risk communication, social mobilization and community management. 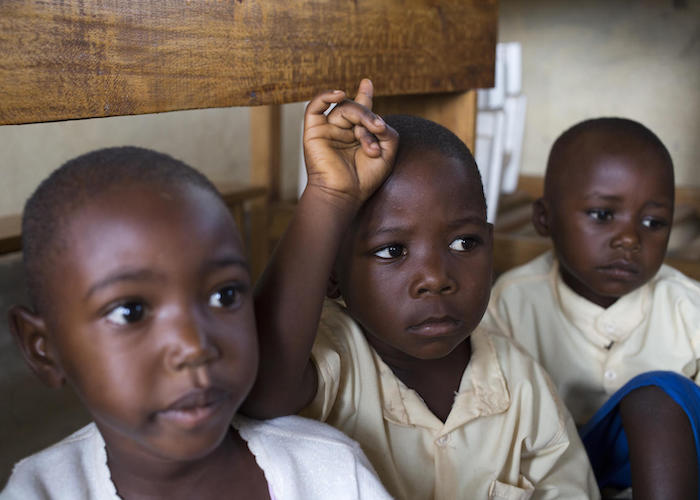 PreK students at the Michaela Tiggemann Primary School in Bujumbura, Burundi learn about the dangers and prevention of Ebola as part of a UNICEF-supported education campaign in September 2019. Neighboring Democratic Republic of Congo is facing a large-scale Ebola epidemic in its eastern provinces of North Kivu and Ituri. © UNICEF/UNI213109/Prinsloo

UNICEF supports the Government of Burundi through the Ministry of Public Health to educate through multi-channel interventions targeting both the most-at-risk population and the public, mostly through mobile public awareness campaigns, door-to-door outreach efforts and the distribution of Ebola prevention brochures.

In addition, the Ministry of Communication, Information, Education and Population (CIEP), with support from UNICEF, produces radio spots and content for radio programs broadcast nationally. 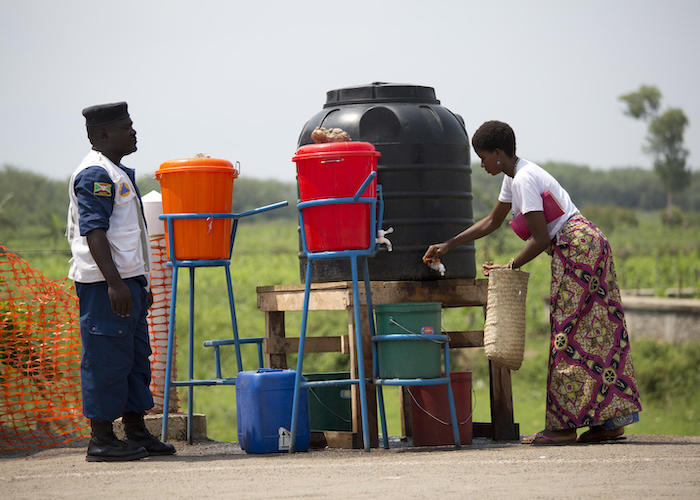 On September 16, 2019, a woman washes her hands in chlorinated water at a border crossing from the Democratic Republic of the Congo into Burundi. Handwashing stations are provided at border crossings in Ebola-stricken regions to mitigate the risk of the spread of the disease. © UNICEF/UNI212981/Prinsloo

"This is an emergency," UNICEF Executive Director Henrietta Fore said in July. "There is a very real risk that the Ebola outbreak could spread to neighboring countries, so the international community should urgently come together to make sure that doesn't happen."

Learn more about the symptoms of Ebola virus disease and how it spreads.

Please support UNICEF's work to save and protect children.

Top photo: On August 7, 2019, Jean Louison Miango Makunda, UNICEF Burundi's Communication for Development (C4D) consultant on Ebola preparedness (center) distributes leaflets during an awareness event in Gatumba, Burundi to inform the local community about Ebola virus disease and how to stop it from spreading. © UNICEF/UN0337077/Boujrada