UNICEF welcomes the news — but warns that thousands of children still need care and support in the aftermath of the outbreak.

Before saying goodbye, Helen Morris hugs children she's been caring for at a UNICEF-supported care center for children exposed to the Ebola virus.

Today, Liberia joined Guinea and Sierre Leone in announcing it, too, has reached zero Ebola cases. UNICEF welcomed West Africa's liberation from the devastating disease but warns that the nearly 23,000 children who lost their parents or primary caregivers still desperately need care and support.

Ebola has been a terrifying experience for children. We owe it to them to support them as they recover from its devastating effects.

Liberia's good news is the third such announcement in as many months, following Guinea's declaration in December and Sierra Leone's in November of no new Ebola cases over a 42-day period. Three months of heightened surveillance continues in each country with UNICEF's support.

Unfortunately, however, the emergency is still far from over for children struggling to recover from Ebola's aftermath. As those who have been orphaned and are now living with family or friends transition to new homes and schools, they need financial support for food and clothing in order to ease the burden on those who have taken them in. 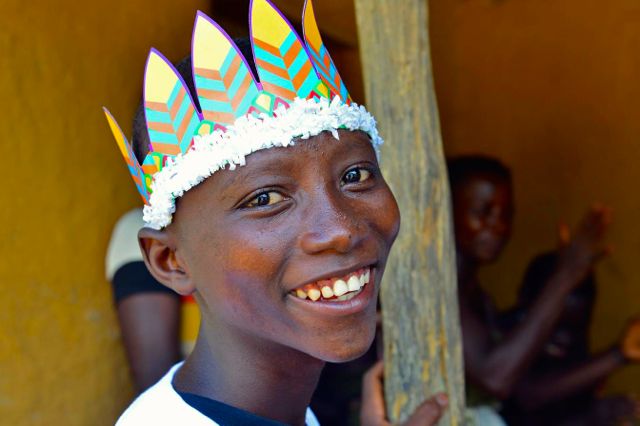 Sanfa was away at school in Sierra Leone when he got Ebola. His family thought he died. After his recovery, UNICEF reunited Sanfa with his family.© UNICEF/UNI176930/Nesbitt

Children who contracted and recovered from Ebola face extreme challenges as well. Many will still face health issues and struggle to gain acceptance within their communities.

To have contained this epidemic is an achievement, but we can't forget the terrible toll Ebola has taken on Guinea, Liberia and Sierre Leone

Haiwa Kaifa's story, recently published in the photo essay, "My Ebola," is all too common. She and her siblings live in Liberia. After her mother got sick and died, she and everyone in the household came down with the disease. Haiwa was left for dead until someone noticed she was still breathing. She and her siblings were taken to an Ebola treatment center, where they recovered. Since being released, however, they are destitute and alone.

"When we got out and went to our home, the landlord said we couldn't come back." Their church found them a new place to live and gave them a rent subsidy, but that has run out. Haiwa doesn't know how they'll manage. 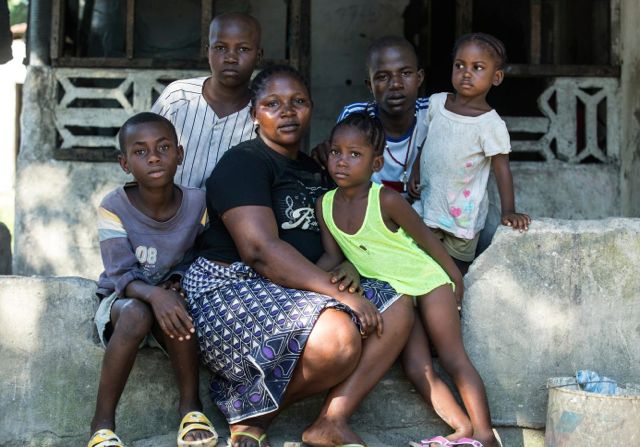 Haiwa Kaifa, 22, who nearly died from Ebola, lost both parents and is her siblings only caregiver. "People calls us 'Ebola children.' [Our] pastor found us a place to live. The congregation pays our rent, but it runs out this month. I worry a lot." © UNICEF/UNI200650/Grile

UNICEF is calling for $15 million to help families like Haiwa's rebuild their lives. Funds are also needed to continue UNICEF's rapid response teams, conduct surveillance, raise public awareness of how to stay healthy and safe, and to provide basic health, nutrition, water, hygiene and sanitation services.

"To have contained this epidemic is an achievement, but we can't forget the terrible toll Ebola has taken on these countries," said Manuel Fontaine, UNICEF's Regional Director for West and Central Africa. "Many people continue to suffer."

Read more about how Ebola has changed lives in Sierre Leone, Guinea and Liberia and why UNICEF needs your support to help children move forward. 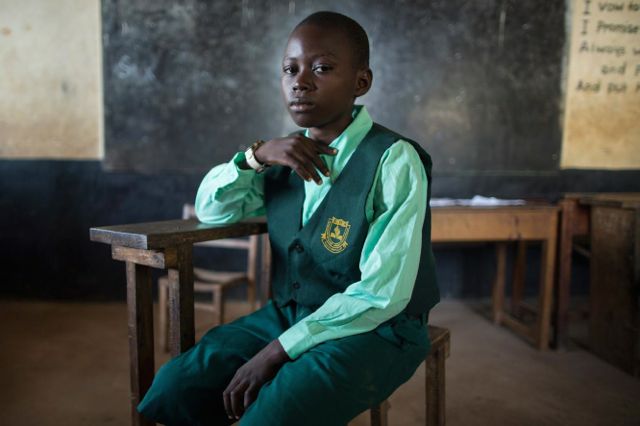 Hand washing and other precautions kept Jan Sankoh, 13, and his family healthy, but with school suspended, life was on hold: "Children have the right to go to school every day. When you learn, you will have everything. I want to be a scientist." © UNICEF/UNI200650/Grile