At the heart of the Ebola outbreak, even children who escape infection face uncertain futures. So many have seen their mothers and fathers grow sick and then die from the disease. So many have been left without homes or anyone to care for them. Ebola orphans are frequently shunned for fear of the virus.

They are not few in number. At least 7,000 children in Guinea, Liberia and Sierra Leone have lost one or both parents to Ebola, and estimates run as high as 10,000.

In Monrovia, Liberia, orphans exposed to the virus are monitored for infection at an interim care center by UNICEF-trained Ebola survivors. These caregivers already have a level of immunity and no longer fear the disease. 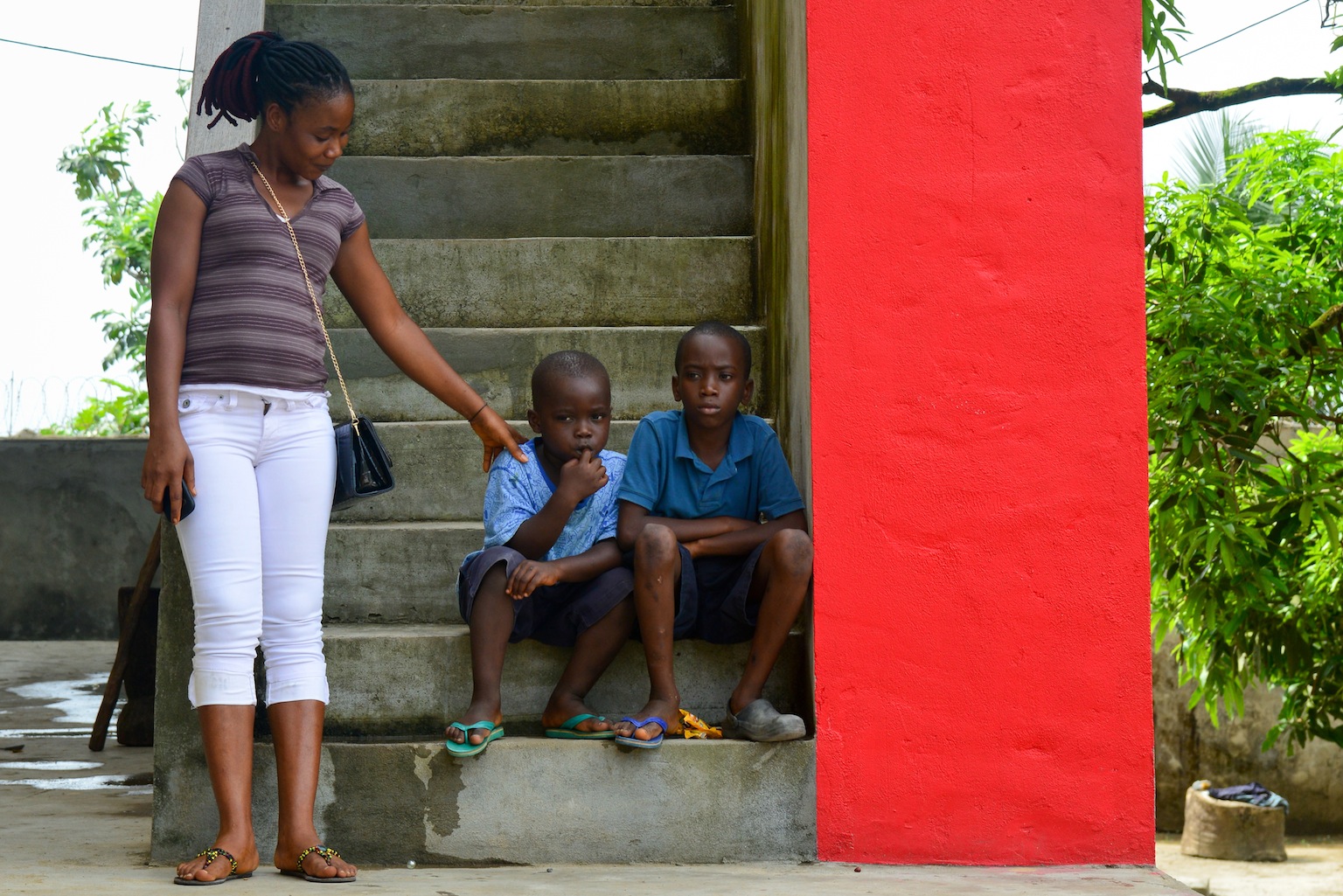 Above: Caregiver Helen Morris consoles two boys who must remain in quarantine at the interim care center. Helen survived Ebola but lost eight of her own family members to the disease.

And while children wait out 21 days of isolation, all-out efforts are made to find members of their extended families who can take them in and give them safe homes to go to at the conclusion of their quarantines. 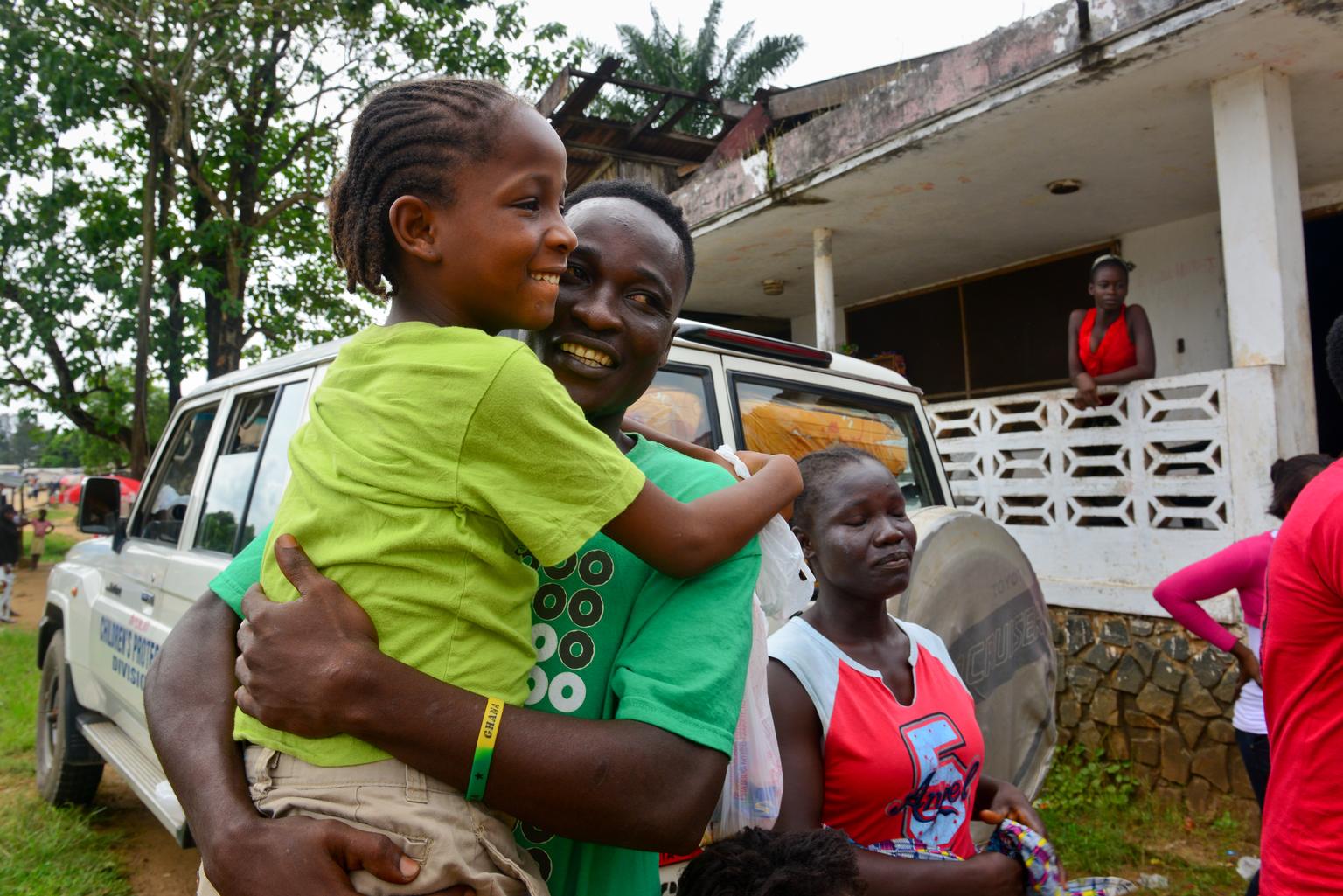 Above: Nine-year-old Mercy and her siblings lost their mother to Ebola. Their father passed away long before the outbreak began. Here, Mercy is reunited with her older brother Johnny after leaving the center. Above: Friends and family members embrace Harris, 17, as he leaves the center. Harris and his younger sister lost their mother to Ebola. They will go to live in the home of Martu Weefor (right), a close family friend.  All photos: © UNICEF/2014/Nesbitt