Immerse yourself in a moving and innovative virtual reality video about a Liberian Ebola survivor and learn more about the challenges of West African recovery.

On November 7, 2015, UNICEF and the World Health Organization (WHO) announced the end of Sierra Leone’s Ebola outbreak.  Earlier in the year, on May 9, WHO announced that Liberia's outbreak had ended.  UNICEF can point to these results as major victories for the large-scale, coordinated response to the epidemic—in Sierra Leone and in the other West African countries most affected by Ebola.

However, with Guinea continuing to fight some remaining cases of the disease—and the threat of renewed infection from the wild animals that harbor Ebola—enhanced surveillance must continue so that West Africa is ready for possible future outbreaks.

This unprecedented health crisis has had a deep and tragic impact on children...

UNICEF must also help support the most vulnerable survivors, including more than 11,500 children in Sierra Leone alone who were directly infected, lost parents or were quarantined.  In addition, at least 1.8 million schoolchildren had to wait eight months for their classrooms to be reopened after the epidemic.

As Geoff Wiffin, the UNICEF Representative in Sierra Leone, noted: “This unprecedented health crisis has had a deep and tragic impact on children, whether through direct infection and death, or the impact of quarantine measures, school closures and the economic downturn.” 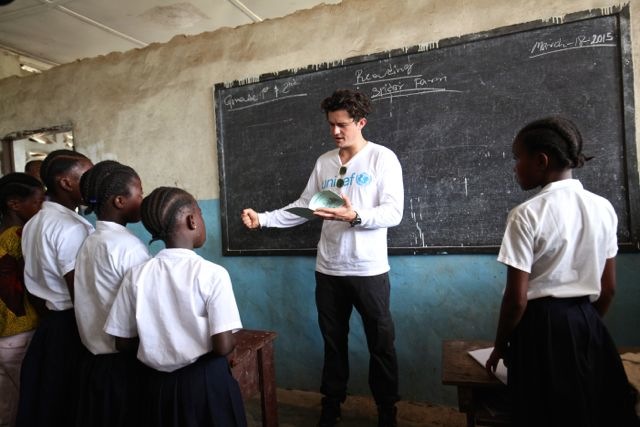 Wifflin added: "We can’t afford to scale back our efforts, because investments over the next few months will help reduce the long-term impact of the outbreak on future generations… and make sure affected families—including survivors and orphans—are not forgotten.”

In partnership with Sierra Leone, UNICEF also played a critical role in reopening schools, restarting mass vaccination campaigns and launching projects for vulnerable groups, including girls who became pregnant during the outbreak.

This month, with support from the European Union, UNICEF will launch 16 construction projects to strengthen health facilities across the country and will also build two training schools for maternal and child health aides.

...investments over the next few months will help reduce the long-term impact of the outbreak on future generations… and make sure affected families—including survivors and orphans—are not forgotten.

As UNICEF continues to invest in post-Ebola recovery, an immersive “3-D” virtual reality (VR) video offers a remarkable opportunity to explore one survivor’s struggle to reclaim her life amid the ravages of the epidemic.

A collaboration between the United Nations Millennium Campaign, VRSE.works and Vice Media, Waves of Grace “… transports viewers to West Point township in Monrovia, Liberia, and follows the experience of Decontee Davis, an Ebola survivor who uses her immunity to help others affected by the disease," according to Wired magazine. Wired also notes that the video "...captures the Liberian tragedy from illness to recovery, mourning to perseverance.”

Ms. Davis's opening invocation in the video—"Dear Lord, thank you for your healing grace... please heal this land... close up these wounds..."—immediately establishes her deeply moving, incantatory voice and humanizes this innovation in video technology.

Explaining the difference between a regular video and a VR video, Gabo Arora (Waves of Grace co-creator and UN senior advisor and filmmaker), says, “A YouTube video or a talk can give you information, but not necessarily the ability to immerse yourself in the world of another, and also interact with people...” as a VR video can. 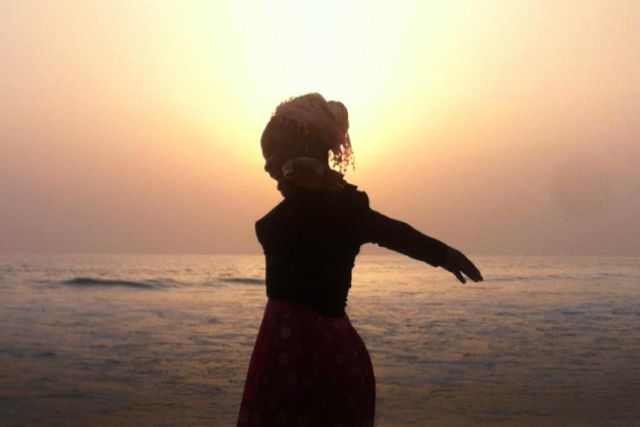 Liberia has endured the largest Ebola outbreak in history. As communities rebuild, one woman seeks healing through faith. "Waves of Grace" is the story of Decontee Davis, an Ebola survivor who uses her immunity to care for orphaned children in her village. © "Waves of Grace"/2015

How You Can See Waves of Grace

You can view the video in 2-D on the web or via your mobile device.  (In the 2-D version, you can move the visual focus a full 360 degrees by clicking on the icon in the lower left-hand corner of the video.)  Make sure you have a fast, robust Internet connection to do so.

Or, you can plunge directly into the video’s immersive recreation of Decontee Davis’s world by downloading both the VRSE app—for use on Apple, Android or Samsung mobile devices—and the Waves of Grace video, itself, also on the VRSE website.

A “Google cardboard” VR video viewer is available either via Google or via the VRSE website.  (If you are a New York Times digital subscriber, you should already have received your Google cardboard viewer in the mail.)

A YouTube video or a talk can give you information, but not necessarily the ability to immerse yourself in the world of another, and also interact with people. 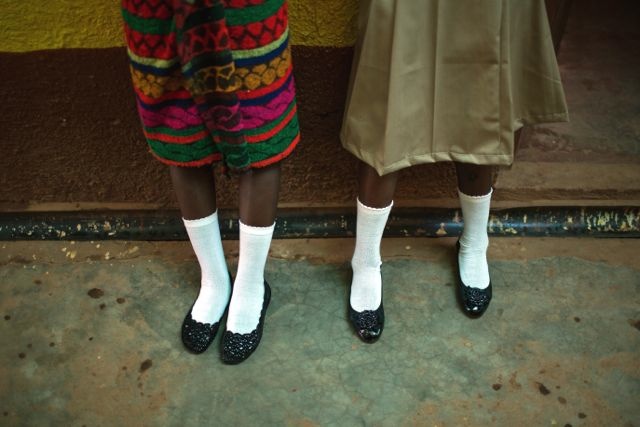 Two girls show the clothes they have donned for their first day back to school on April 14, 2015, at a UNICEF-supported interim care center for children affected by Ebola. The center is in a suburb of Sierra Leone's capital, Freetown. © UNICEF Sierra Leone/2015

The U.S. Fund for UNICEF extends it deepest appreciation to the many individuals and organizations who generously donated to support UNICEF's work in Ebola-affected countries.