On World Toilet Day, What's the State of Sanitation in Madagascar?

UNICEF's Silvia Gaya talks about working to help one million people whose lack of access to clean water leaves them vulnerable to disease.

How does lack of clean, safe water affect Madagascar’s children?

SILVIA GAYA: Today, Madagascar is the sixth-worst country in the world for access to safe drinking water and the fourth-worst for access to improved hygiene. The hygiene practices here are very poor and the risks for bad child health, maternal health problems and undernutrition are very high. Undernutrition can result from dirty water-induced sicknesses liked diarrhea.

How did the water situation get this bad?

SILVIA GAYA: Prolonged years of political instability and international sanctions on aid following a 2009 coup, and political regimes that didn’t properly handle social investment, have left the country in a position worse than before.

Around the end of the last political crisis, some key donors such as the European Union started to invest and engage in social services. They began donating to sectors such as Health and Education, but the WASH services are still lacking enough investment to cope with rapid population growth and old infrastructure. 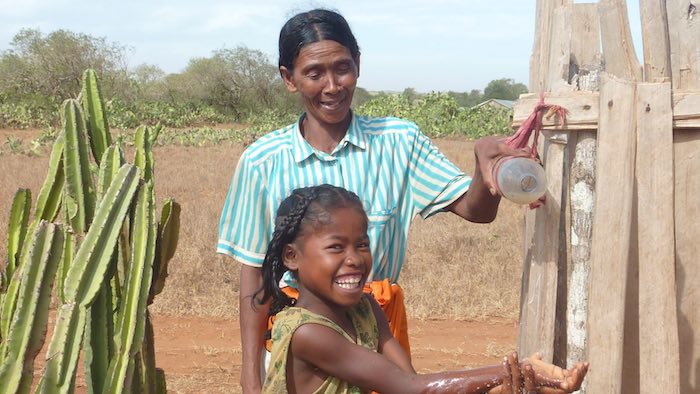 Only half of the overall population and 35 percent of the rural population have access to improved water sources, with 38 percent of rural inhabitants relying on surface water for drinking. ©UNICEF/Silvia Gaya

What are some of the challenges UNICEF faces on the ground in Madagascar?

SILVIA GAYA: Long distances on roads that are dangerous to drive due to poor conditions. During my last mission in the country's southwest, I had to come back to the capital unexpectedly. It took three days of driving 12 hours per day to get there.

At times, vast areas are of Madagascar are simply unreachable by road — areas where a lot of vulnerable people live. Contractors don't want to work in such remote places, and it's hard to supervise them. And with such deep poverty, the private sector has very little incentive to invest in key infrastructure for providing basic services like water and hygiene.

How does the lack of clean water and safe bathrooms affect children in their daily lives?

SILVIA GAYA:  The case that always comes up is the girl that goes to fetch water and has to walk a considerable distance and spend a lot of her time doing that. She also needs to spend a lot of time to find a place where she can safely go to the bathroom outdoors, without completely exposing herself. Since UNICEF constructed water points in their villages, the time spent going to and from water sources is reduced, and now girls have more time to go to school and study.

Community-led hygiene campaigns have also been implemented on a huge scale. Because of the campaigns, now the families construct their own latrines and use them.

The major positive impact of this has been on girls, who gain not only time, but also dignity because they don’t need to go to the bush anymore and expose themselves while going to the bathroom. In school, they have water too, and also improved, hygenic latrines. This completely changes children's lives. 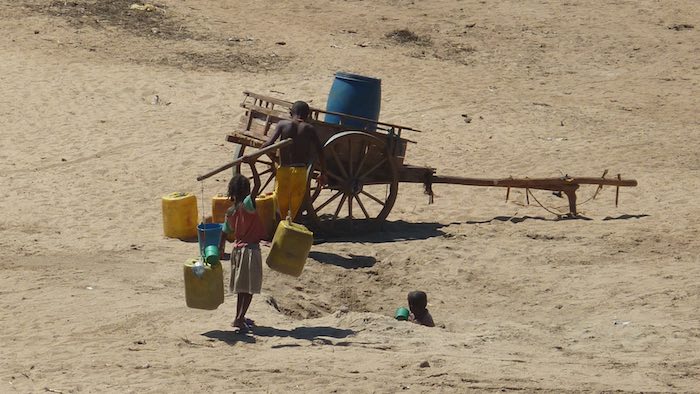 In Madagascar, 47% of children are stunted from malnutrition. How do WASH programs address this issue?

SILVIA GAYA:  Stunting can be addressed only in the first two to three years of children's lives. Therefore it’s important that we be sure that the places where children spend their first months of life are free of fecal matter, which can cause severe diahrrea. We also must make sure that their caregivers wash their hands to keep germs from reaching the children.

The UNICEF WASH program has created specific campaigns to raise awareness among mothers with very young children on the need to wash their hands, use latrines, and use safe water for drinking and cooking. This is a great addition to the UNICEF nutrition program, which concentrates on getting people educated about good nutrition habits and provision of nutritional supplements.

SILVIA GAYA:  The gut, where food is absorbed, are full of folds and creases. In environments with lots of contamination due to open defecation, germs provoke constant diarrhea. The folds where nutrients are absorbed flatten, and consequently kids become undernurrished. So children, debilitated by diarrhea and unable to absorb nutrients, become stunted.

With stunting, a child's chronic malnutrition limits not only his height but also his intellectual abilities. That’s why if we want to address stunting, we need to make sure childen live in uncontaminated environments, we must promote the importance of washing hands with soap, and treat drinking water to keep it free of fecal contamination. UNICEF works with the government, communities and multiple partners and agencies to tackle the problem of getting safe water and sanitation to vulnerable children and their families. ©UNICEF/Silvia Gaya

Can you give me an example of how access to water affects education and health for children in Madagascar?

SILVIA GAYA:  In all the frameworks we develop, the ultimate goal is always, first, to reduce child mortality. Second, to reduce stunting. Third, to contribute to improved education access and attendance in school.

Issues of water and education overlap: when we can improve school attendance, there is a particularly high impact on girls, who now have latrines in school and don't have to seek out somewhere unhygenic in the outdoors to use the bathroom.

And issues of health and water access also overlap, since most cases of diarrhea and a huge percentage of pneumonia are directly attributable to a lack of safe water and hygiene.

See a map of UNICEF water projects around the world here.

Working in Madagascar sounds extremely hard. Is it rewarding?

SILVIA GAYA:  It can be immensely rewarding to serve in a country where people live in such absolute poverty — 92% of people live on less than two dollars per day — and with such depravation of social services. Every day we directly contribute to improving children’s lives.

Working for those people and those communities that are in such difficult circumstances and being able to contribute to improving their lives is not only rewarding, but it’s a privilege and a life-changing experience! UNICEF is a great agency, with great resources that are always employed as much as we can to directly impact children’s lives. Besides that, we are able to influence governments in their policies and make them more fair and pro-poor focused.

The work we do is so real, so touchable, that the whole team feels highly passionate and keeps working and doing all that is possible — and also all that is impossible! — to make things happen. 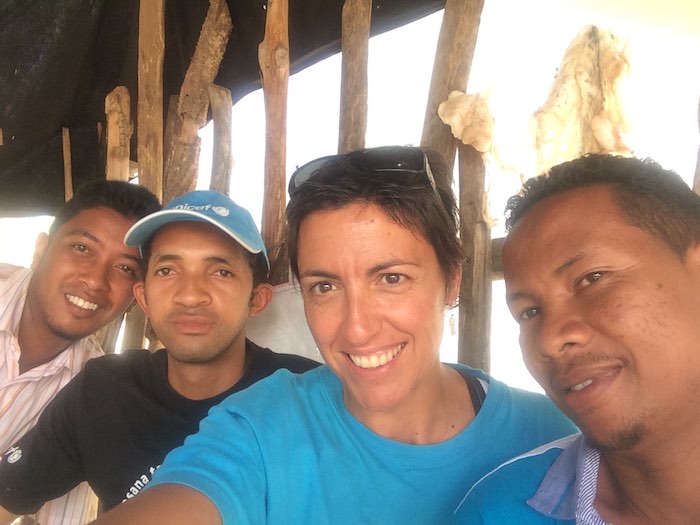 Silvia Gaya in Madagascar, with her UNICEF colleagues. ©UNICEF/Silvia Gaya