What Would Happen if UNICEF Disappeared? | UNICEF USA

What Would Happen if UNICEF Disappeared?

Eight ways the world would change without UNICEF.

UNICEF was established in the aftermath of World War II to help children in crisis.

More than seventy years later, UNICEF is much more than an emergency fund. It's a global network active in 190 countries and territories — more than any other children's aid organization. It's thousands of staff and volunteers who work with governments and local organizations to protect children from danger. It's millions of donors determined to do their part for children growing up in crisis and poverty.

And UNICEF is children everywhere standing up for their rights, fighting for their futures and creating change in their communities.

But what if UNICEF didn't exist?

1. There would be regular outbreaks of deadly diseases

No child should die of a preventable disease. That's why UNICEF provides vaccines for 45 percent of the world's youngest children, saving up to 3 million kids from life-threatening diseases every year. In 2018, that meant 2.4 billion vaccines reached children in nearly 100 countries.

UNICEF's huge buying power makes vaccines cheaper so we can reach more children in more places. As part of GAVI, the Vaccine Alliance, UNICEF helped reduce by half the price of the pentavalent vaccine, which protects children against five potentially deadly diseases: diptheria, tetanus, pertussis (whooping cough), hepatitis B and Haemophilus influenzae type b (Hib). These incredible savings make vaccines affordable for lower-income governments and make every dollar donated to UNICEF go even further. 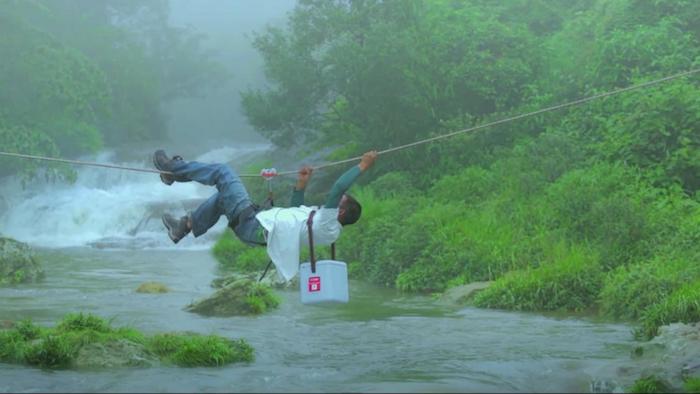 UNICEF and partners help get vaccines to children in remote villages, behind battle lines and in places devastated by natural disaster. © UNICEF/UNI184260/Lucky8 LLC

UNICEF's work goes beyond buying vaccines. With partners like the World Health Organization, UNICEF helps governments and communities vaccinate children who would go without — children in remote villages, behind battle lines and in places devastated by natural disaster.

As the number of global measles cases surges alarmingly, UNICEF and partners have responded by supporting governments to urgently reach millions of children around the world, providing ongoing support to accelerate routine immunization and address vaccine hesitancy. In Yemen earlier this year, UNICEF worked with local health authorities to launch a massive countrywide immunization campaign, vaccinating 11.6 million children (90 percent) between the ages of 6 months and 16 years against measles and rubella.

It's only possible through a huge, global network of health workers and volunteers championing vaccines in their own villages and cities. Without training and supplies, these local heroes couldn't protect children in their own communities from disease.

Children who survive war have a huge task ahead of them as adults: to rebuild their communities and countries from rubble.

But if a generation of children grow up without a safe place to learn and play, they'll never become the teachers, doctors and engineers who will rebuild a peaceful community.

UNICEF makes sure more of the world's children learn than any other organization. And children in crisis deserve the right to education just as much as any other child. In 2018, UNICEF reached 12 million children with education support, 6.9 million of them in emergencies.

Children growing up in Syria haven't given up on learning. In 2018, UNICEF and international humanitarian partners helped 2.4 million children in Syria continue their educations, including 400,000 children living in cross-border areas and zones previously inaccessible due to ongoing violence. UNICEF trains teachers and education personnel to make sure no child is left behind in class and provides children and youth with invaluable life skills and citizenship programs to prepare the next generation for the challenges ahead.

Nadeen* was forced out of class for two years when her school closed down due to fighting in Aleppo, Syria. "It was the hardest period of my life. I felt like I had no purpose," says the 16-year-old. UNICEF is helping children like her take their exams and plan their futures by offering education grants, safe accomodations and revision classes. (*name changed) © UNICEF/UN070696/Al-Issa

3. Families hit by hurricanes, cyclones and earthquakes would be on their own

UNICEF is on the ground before, during and after humanitarian emergencies. Every stage of a disaster brings new, deadly threats for children.

When Cyclone Idai barrelled into Mozambique, Zimbabwe and Malawi earlier this year, UNICEF was there, setting up and staffing Child-Friendly Spaces, providing health care, reuniting missing children with their families and delivering education and hygiene supplies where they were needed most. After 2017's unusually active hurricane season swept through the Atlantic and Caribbean, UNICEF provided emergency survival kits and clean drinking water in Puerto Rico, educational materials in Texas and humanitarian supplies and support to the hardest hit islands in the Caribbean.

In 2015, two earthquakes in Nepal shook the ground so violently that thousands lost their lives. Survivors were faced with life-threatening conditions: safe water sources, hospitals, homes and birthing centers had been destroyed. Without a swift response, thousands more children could have been lost to preventable disease, treatable medical issues and horrific exploitation through trafficking.

Luckily, UNICEF's crisis response begins on day one. Trained personnel are ready with safe, clean drinking water, shelter and supplies for families who have lost everything. UNICEF sets up temporary hospitals, prevents outbreaks of disease and finds children who have been separated from their parents in the chaos. Nepal's earthquakes left 70 percent of birthing centers in some parts of Nepal destroyed. Thousands of mothers and newborns could have gone without critical healthcare but UNICEF helped set up shelters so that babies could come into the world safely. © UNICEF/UN016490/Shrestha

4. Millions of children could die from malnutrition

UNICEF is the world's largest provider of Ready-to-Use Therapeutic Food (RUTF), procuring and distributing between 75 percent and 80 percent of the world's supply. If UNICEF didn't exist, hospitals, remote health clinics and mobile health teams would go without this lifesaving malnutrition treatment. And the more than 4 million children UNICEF and partners treated for severe malnutrition in 2018 might not have made it.

Khadija is one of those survivors. She was starving when she arrived at a UNICEF-supported hospital in Nigeria. Her arm was barely wider than her mother's thumb. "I fell sick myself and could not breastfeed," said Khadija's mother. Twenty days of RUTF and medicine saved Khadija's life. She and her mother left the hospital with a supply of RUTF to use at home while she recovered. 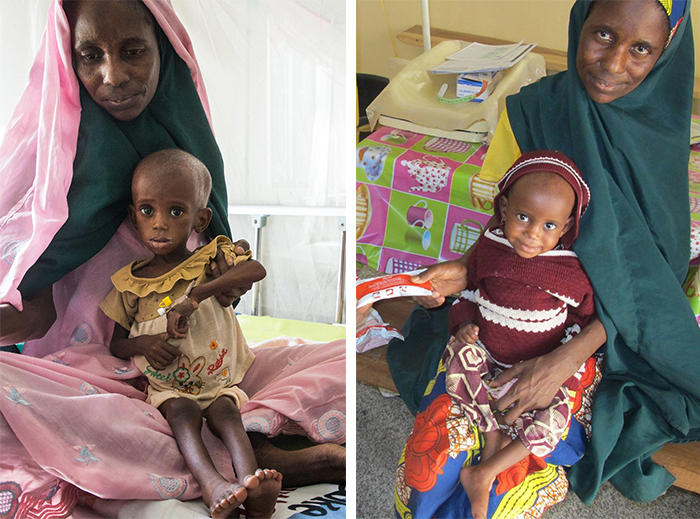 Khadija was severely malnourished when her mother brought her to a UNICEF-supported hospital in Nigeria. Twenty days of ready-to-use therapeutic food and medicine saved Khadija's life. © UNICEF Nigeria/Commins

UNICEF has also made RUTF more accessible for everyone. About fifteen years ago, the world's supply of therapeutic food came from a single European manufacturer. UNICEF helped bring production into lower-income countries where children were in critical need. By 2016, UNICEF was working with 18 manufacturers and many partners, like the World Food Program. Chronic malnutrition among children reached a record low.

5. Children forced to fight could never return to their normal lives

In countries torn apart by conflict, UNICEF specialists have an unimaginably difficult job: negotiating with armed forces to set children free. Without them,13,000 children who were released from armed forces in 2018 might still be trapped in violent groups today.

But our work doesn't end there. Once children are released, UNICEF helps reunite them with their families.

Restarting lives in the community takes years. UNICEF is in it for the long run. At the heart of these children's reintegration is their return to school. We'll support them through the process so education and their classmates can be sources of strength as they move forward with their lives. 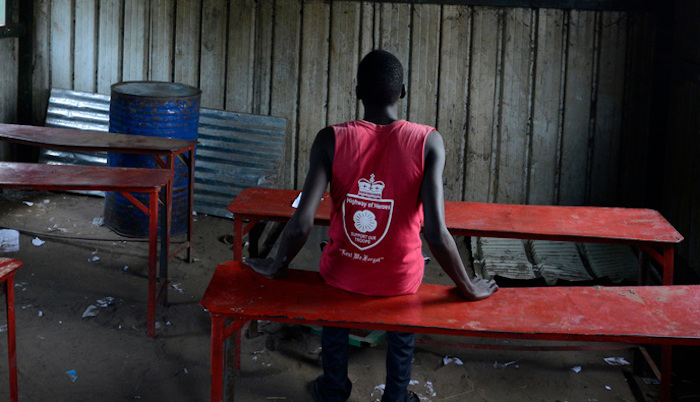 In 2015, UNICEF oversaw the release of 1,775 former child soldiers in South Sudan —one of the largest demobilizations of children ever. Gatkuoth* is one of the children in South Sudan UNICEF has helped free from armed groups. “I didn’t like being a soldier. There was nothing good about being a soldier," said Gatkuoth. "I tried to run away from the army many times but it was no [use]. I always got caught and was punished. I am very happy to be outside the army. I now live with my auntie and I want to grow up to be a doctor and help my people." (*name changed) © UNICEF/UN028377/Rich

6. Thousands of children would never see their parents again

This hard work pays off. Without it, thousands of children might not be reunited with their families and caregivers every year, and thousands more might be alone in dangerous environments. Nyayjaw, 8, kisses her baby sister, Nyagua, after meeting her for the first time in South Sudan. Conflict separated the family for two years: Nyayjaw and her brother Chuol, 4, lived with their elderly grandfather. "I will never allow us to be apart again," said their mother, Nyaruon, after their tearful reunion in Akobo, their hometown. © UNICEF/UN014006/Rich

7. We'd lose one the biggest sources of information about children

Here's something UNICEF has learned through experience: problems that go unmeasured often go unsolved. If governments know which children are out of school and who is hungry, then they can act. And unless they collect data year after year, they won't know their impact.

UNICEF is a leading source of data about children around the world. We harness advancements in technology and our huge networks to find and target the most vulnerable children.

•  U-Report, a social platform created by UNICEF, empowers youth around the world to engage and speak out on issues that matter to them. In 2018, the UNICEF Office of Innovation had over 6.9 million registered U-Reporters collecting real-time data in 55 countries.

• UNICEF is leveraging mobile technology to introduce mobile birth registration in Pakistan, where only 1.5 million of the estimated 5 million babies born each year have proof of legal identity.

• In Syria, UNICEF helped 1,200 dedicated young volunteers run a massive door-to-door campaign to find out-of-school children, identifying barriers that kept them from school and then helping them return to class.

8. The world's children would lose their greatest advocate

Children's rights aren't an abstract concept. They're enshrined in the most rapidly and widely ratified human rights treaty in history: the United Nations Convention on the Rights of the Child. The treaty sets out every child's right to survive, develop and reach their full potential — no matter who they are or where they live.

UNICEF is the only organization specifically named in the Convention on the Rights of the Child as a source of expert assistance and advice. That means that in every newspaper and in every government, UNICEF has a special role: championing the interests, opinions and rights of children. We help governments strengthen laws and policies for children and hold them accountable when they're leaving children behind.

Stand with children through crisis and poverty

Banner photo at top: A girl walks home after school in the village of Gogbo, Benin, carrying her UNICEF backpack. © UNICEF/UNI102232/Sautereau