Alarming Global Surge of Measles Cases Is a Wake-Up Call

More contagious than Ebola, tuberculosis or influenza, the potentially deadly measles virus is on the rise. Globally, measles cases increased by 48.1 percent between 2017 and 2018, according to data on 194 countries from the World Health Organization (WHO).

The virus spreads through the air and can be contracted by someone up to two hours after an infected person has left a room. Malnourished children and babies too young to be vaccinated are particularly vulnerable. Up to 90 percent of nonimmunized people who are exposed to the virus will also become infected, according to the Centers for Disease Control and Prevention.

Alarmingly high levels of measles cases have been reported around the world: 98 countries noted an increase in 2018. Ten countries account for more than 74 percent of the total surge: Ukraine, the Philippines, Brazil, Yemen, Venezuela, Serbia, Madagascar, Sudan, Thailand and France.  The disease has even reappeared in several countries where it was once declared eliminated — including the United States.

UNICEF and partners are responding to the current measles outbreaks by supporting governments to urgently reach millions of children in countries around the globe, providing ongoing support to accelerate routine immunization and address vaccine hesitancy, which the WHO declared one of the top ten threats to global health in 2019. 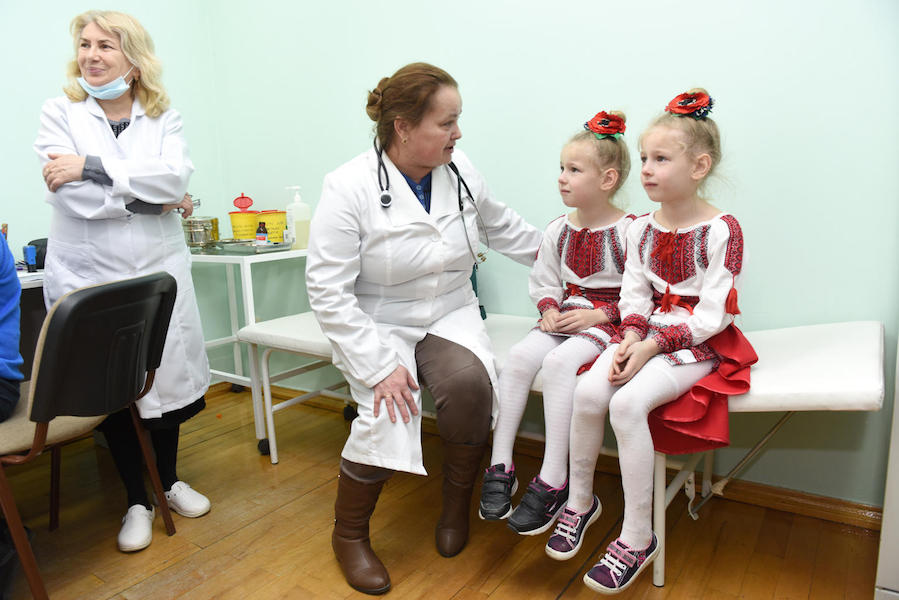 In Ukraine alone, there were 35,120 cases of measles in 2018 — up 634 percent from 4,782 in 2017. According to the government, another 24,042 people were infected in just the first two months of 2019. Above, a UNICEF-supported health worker comforts 6-year-old sisters Vitalina and Yuliana before their measles, mumps and rubella (MMR) vaccination in February at the Lapaivka village school in western Ukraine's Lviv region. © UNICEF/UN0284077/ Dyachyshyn 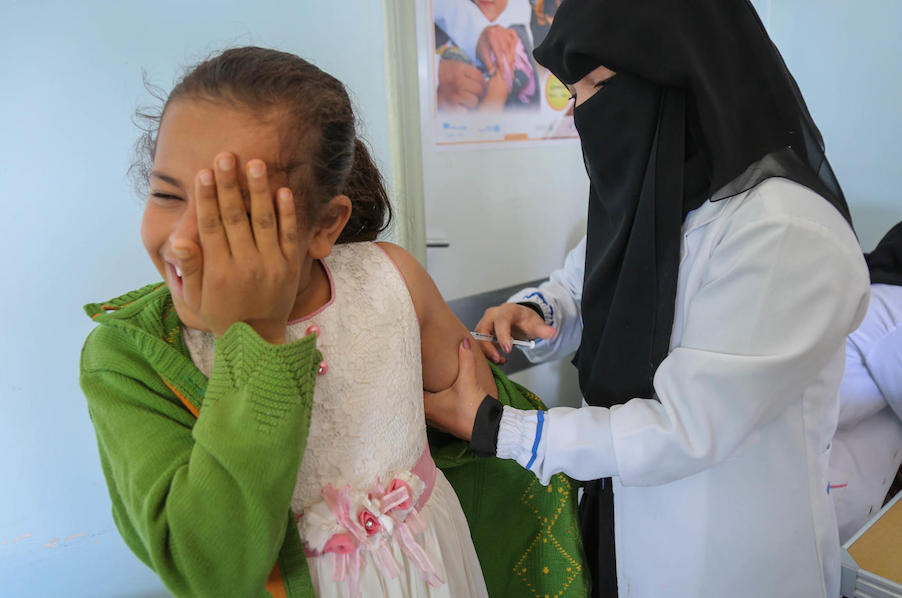 In Yemen, where four years of civil war have severely strained the health care system, a campaign to vaccinate children against measles and other potentially life-threatening infectious diseases reached more than 11.5 million children in January alone. Above, A child braces for a measles and rubella vaccination given by a local health worker through a UNICEF-backed campaign in Bani Alhareth, Sana’a, Yemen in February. © UNICEF/UN0284438/ Alaidroos Public health officials in Madagascar reported that 76,871 people were infected by measles between September 2018 and February 2019; 928 died, the majority of them children. In January, the government, with support of partners including UNICEF,  launched an immunization campaign to target all 114 districts. Above, children line up to be vaccinated in Madagascar in early 2019. © UNICEF/UN0284289

"This is a wake-up call," said UNICEF Executive Director Henrietta Fore. "We have a safe, effective and inexpensive vaccine against a highly contagious disease — a vaccine that has saved almost a million lives every year over the past two decades. These cases haven't happened overnight. Just as the serious outbreaks we are seeing today took hold in 2018, lack of action today will have disastrous consequences for children tomorrow."

UNICEF vaccinates nearly half the world's children. Immunization is one of the most cost-effective public health interventions to date, saving up to 3 million lives every year.

UNICEF is part of the Measles and Rubella Initiative, a private-public partnership of five global partners including WHO, CDC, United Nations Foundation and American Red Cross that has been spearheading a global push towards measles and rubella elimination.