Weeks After Hurricane Maria, Puerto Rico Is Struggling to Survive

Power is out, food and water are in short supply. UNICEF USA is mobilizing to help Puerto Ricans in their darkest hour.

Weeks after Hurricane Maria barrelled into Puerto Rico, millions remain trapped in a disaster zone. The storm knocked out the power grid, leaving more than 90 percent of the island's 3.4 million residents without electricity. Fresh water is scarce; food, fuel and medicines are in short supply.

The island faces a humanitarian crisis of unprecedented proportions

Buildings are destroyed. Homes and roads, flooded. Eighty percent of the island's crops are ruined. The island faces a humanitarian crisis of unprecedented proportions. "The devastation in Puerto Rico has set us back nearly 20 to 30 years," Puerto Rico's nonvoting representative in the US Congress, Jenniffer Gonzalez, told the Associated Press.

There are piles of debris and household waste everywhere. Approximately half of all households have no running water, sending desperate parents on long often fruitless hunts for clean water to give their children.

Approximately half of all households have no running water

Even the water that's been restored to some homes, said Gregorio Cortés, a doctor from Carolina, Puerto Rico, who spoke with NBC News, isn't safe to drink.

"We're boiling the water and after we boil it we are filtering it and especially since I have small kids we worry about them and their safety," he said.

Without clean, drinkable water, the risk of disease rises sharply. The island's few functioning hospitals are strained to capacity and struggling to operate amidst frequent power outages. 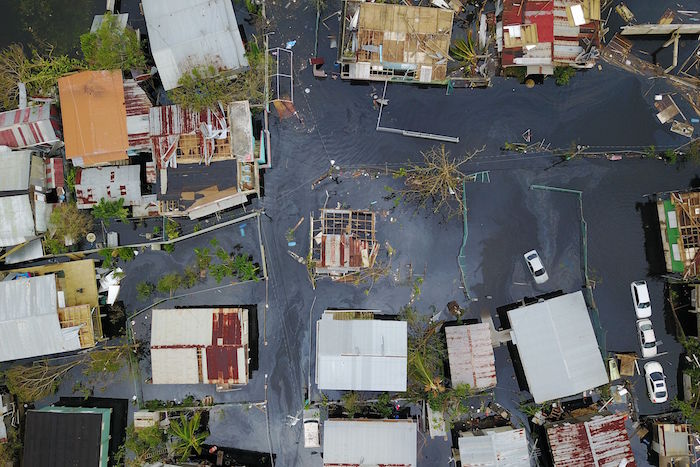 UNICEF USA is mobilizing to get immediate, critically needed support to the children of Puerto Rico

UNICEF USA is mobilizing to get immediate, critically needed support — Emergency Survival Kits — to the children of Puerto Rico.

A donation of just $28 will provide an emergency kit containing basic essential supplies: a water bucket with a lid, water containers, soap, toothpaste, water purification tablets, detergent and sanitary pads. The supplies will help children and their families keep clean and healthy, protecting them from illnesses that can spread rapidly following the disruption of a safe water supply and the collapse of infrastructure.

90 percent of every dollar donated goes directly to helping the children of Puerto Rico.