Want to Know What Matters Most to Kids? Ask the Experts. | UNICEF USA

Want to Know What Matters Most to Kids? Ask the Experts.

A UNICEF USA youth poll shows that America's next generation wants to make the world a better place — and they're ready to start now.

All children have the right to be heard on issues that matter to their future and well-being. But according to a recent survey conducted by The Harris Poll commissioned by UNICEF USA, only one-third of children in the U.S. between the ages of 8 and 17 (33 percent) currently feel included in the political process, with boys more likely to feel included than girls.

As we celebrate the 30th anniversary of the Convention on the Rights of the Child, an international treaty affirming the world's commitment to protecting kids' rights to survive and thrive, the poll offers valuable insight into what matters most to America's next generation.

The top worries among young people ages 8 to 17: guns and other types of violence against children, bullying, poverty and environmental degradation

Young people start thinking about pressing issues early. An overwhelming majority of American children  — 90 percent — say they are worried about something in their life. "Gun and other types of violence against children" was the top concern for 46 percent of American children, followed by "bullying and mistreatment" (45 percent), "not having enough money" (36 percent) and "things that can hurt the environment" (36 percent). 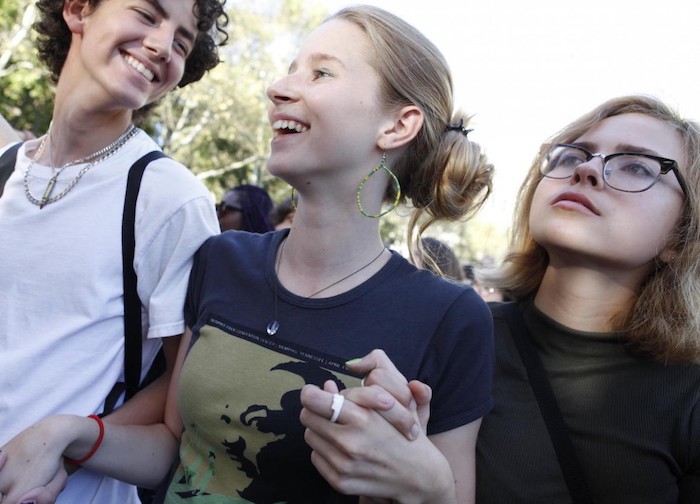 Children instinctively grasp the importance of mutual respect and fair play, and some express concern that these values may not be reflected in their communities. Twenty percent of American kids say they are worried about "living in an area where people who are different from each other don't get along or people who may not have been born in this country are not treated nicely."

Young people are looking to their country's next leader to put children's concerns front and center. A majority (83 percent) of American children think the candidates running for President of the United States should invite young people to ask questions at presidential debates. Their top priority for the next President? Keeping children safe from guns and other ways people might try to hurt children (60 percent).

Other issues children in the U.S. think should be priorities for the next President:

UNICEF USA's 40,000 high school and college volunteers in 44 states have asked all current presidential candidates to share their vision for children. UNICEF is firmly nonpartisan but deeply committed to helping the world's 1.8 billion young people express their views and participate in the political process.

"Childhood has changed, and we need to change our approaches along with it," UNICEF Executive Director Henrietta Fore wrote in an open letter to the world's children. "The biggest reason for hope is because you — the children and young people of today — are taking the lead on demanding urgent action and empowering yourselves to learn about, and shape the world around you. You are taking a stand now, and we are listening."

Survey method: This survey was conducted online within the United States by The Harris Poll on behalf of UNICEF USA from October 29 to November 5, 2019 among 1,011 U.S. children between the ages of 8 and 17. This online survey is not based on a probability sample and therefore no estimate of theoretical sampling error can be calculated. For complete survey methodology, including weighting variables and subgroup sample sizes, please contact UNICEF USA.

Top photo: Organizers estimated that 250,000 climate activists took to the streets in New York City on September 20, 2019 to speak out in favor of environmental protection. Similar actions took place worldwide, with millions turning out in over 150 locations around the world. © UNICEF/UNI206990/Chalasani