Across the country, six local governments — the first U.S. cohort of UNICEF's Child Friendly Cities Initiative (CFCI) — are collaborating with young people to identify and implement children's rights-based policies and initiatives to help make the world a better place for kids.

One year later, CFCI is making a difference in the lives of nearly 1 million children and young people in these pilot cities. From the inclusion of youth voice in the 10-year city plan in Decatur, to the creation of a Safe Passage Park in San Francisco to the launch of a child rights literacy program in Minneapolis, the CFCI pilot is a concrete step towards the initiative's long-term goal: to engage youth and catalyze hundreds of U.S. cities in all political contexts to promote child rights and invest in child well-being through the implementation of the CFCI framework in their communities.

What is the Child Friendly Cities Initiative?

Originally launched by UNICEF in 1996, CFCI supports municipal governments in realizing the rights of children at the local level using the UN Convention on the Rights of the Child as its foundation. CFCI is a children's rights framework for establishing safe, equitable, just, inclusive and child-responsive cities and communities around the world. Since its inception, CFCI has been adopted in more than 3,500 municipalities in 57 countries, impacting the lives of an estimated 30 million children. It all starts with youth participation

To create a child-friendly city, youth voices must be involved from the very beginning. CFCI requires cities to meaningfully engage a wide range of stakeholders, including children and young people, local government, nonprofit leaders and community allies, working together to realize children's rights in city policies, services and actions. "We have a real opportunity to move from hearing from young people in an occasional, token way to embedding real engagement in our community into everything we do," says Claire Miller, Director of Child and Family Services in Decatur, Ga.

Youth councils are formed to ensure authentic participation in the CFCI process. A situation analysis is conducted to better understand the status of children's issues in the city, based on the five CFCI goal areas: Safety & Inclusion, Children's Participation, Equitable Social Services, Safe Living Environments and Play & Leisure.Government data is analyzed and youth community assessments are conducted to determine community goals and priorities. Then intergenerational workshops are held to bring stakeholders together to create local action plans and community projects addressing the priority issues.

For many young people, it's the first time anyone has ever asked for their input. "Children's rights need to be talked about with children themselves and the service providers that surround them to secure a better future," says Cole, a Houston CFCI Youth Council member. "CFCI is an amazing initiative that will surely make a difference, and I am so happy to be involved." There's room for kids to play and do art projects, safe from traffic, in the versatile new Safe Passage Park (SPark) in San Francisco's congested Tenderloin neighborhood. The park was created with support from many community stakeholders, including the City of San Francisco, the Tenderloin Community Benefits District and the Our Children Our Families Council (a mayor's initiative and UNICEF's CFCI Partner). © Douglas Burnham for Tenderloin Community Benefits District

In San Francisco's Tenderloin, a new community park for all to share

After young people and other concerned community members identified the need for a safe, accessible outdoor space in San Francisco's crowded Tenderloin neighborhood, a diverse coalition of stakeholders worked together to transform the sidewalk on the south side of the 200 block of Turk Street into a recreation area complete with play equipment for kids, scheduled yoga and art classes, murals and pet-friendly areas.

Every child has the right to live in a safe environment and have opportunities to play and relax, to participate in youth programs and enjoy family life. Safe Passage Park (SPark) is an example of those rights being realized for children growing up in the Tenderloin. 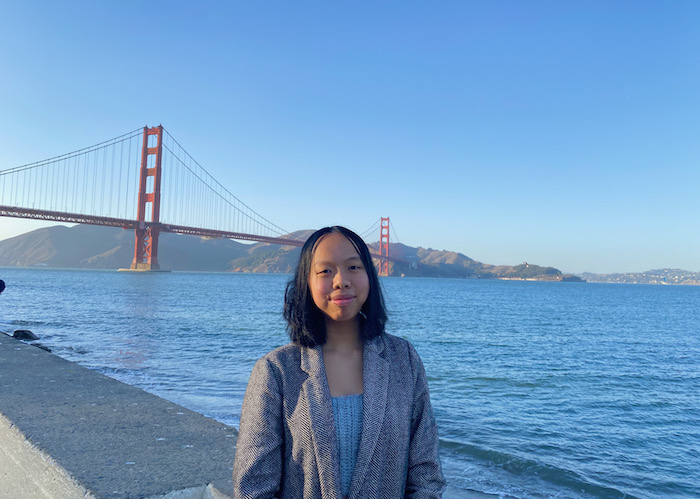 In Minneapolis, a literacy program that teaches children about their rights

The goal is to embed the CFCI framework into a city's existing infrastructure, so that children's rights are at the heart of all policies, decision making and youth programs. In Minneapolis, the CFCI executive committee includes members of the Minneapolis Youth Congress (MYC). Amplifying youth voices since 2007, MYC is currently made up of 50 8th to 12th grade students.

For their inaugural project, CFCI Minneapolis and  Hennepin Healthcare Department of Pediatrics teamed up to launch the Reach Out and Read Child Rights Literacy Project, distributing more than 500 books on children's rights to families in hospitals and community clinics, with plans to distribute thousands more in the coming year. 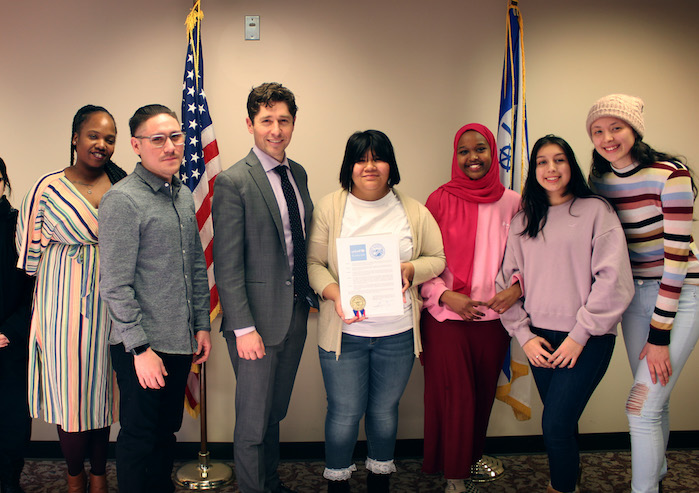 Children's rights advocates are empowering the next generation of leaders

Children's rights advocates never stop looking for opportunities to amplify youth voices and concerns. UNICEF USA partnered with the Centre for Sport and Human Rights to ensure children's rights are incorporated into the World Cup 2026 bidding process. To promote children's rights in sports nationwide, UNICEF USA has officially signed on to endorse the USA Bill of Rights for Children in Sports in partnership with Aspen Institute's Project Play Initiative and Athletes for Hope.

Five additional pipeline cities — Boulder, Colo.; Chicago; Jacksonville, Fla.; La Mesa, Calif. and Richmond, Va. — and Puerto Rico have already taken steps to include youth voices in their policy-making process and are considering a more formal commitment to UNICEF CFCI. "It felt amazing to be asked my opinion," says a middle schooler who participated in a CFCI workshop in Boulder. "That doesn't happen very often."

Urge your mayor or municipal official to keep children's rights top of mind in every policy and funding decision while engaging children and youth along the way.

Top photo: Painted by the artist Daas in 2020, a mural in downtown Johnson City, Tenn., features three children planting the seeds for a future rich in diversity and racial equality. Johnson City is one of six local governments — the first U.S. cohort of the UNICEF's Child Friendly Cities Initiative (CFCI) pilot — collaborating with young people to identify and implement child rights-based policies and initiatives that make their communities better places for kids. © JT McSpadden