UNICEF is deploying staff and emergency supplies to support children and families affected by Tropical Storm Ana, which made landfall in central and northern Mozambique on January 24.

More than 126,000 people were affected by the storm, which killed at least 21 people and injured 201. An estimated 45,000 people, including 23,000 women and children, are likely to need humanitarian assistance. Nampula, Zambezia, Tete, Niassa, Sofala and Manica provinces were the hardest hit. Tropical Storm Ana caused flooding and damaged an estimated 10,500 homes, as well as public infrastructure including bridges, power lines, schools, water systems and health facilities. 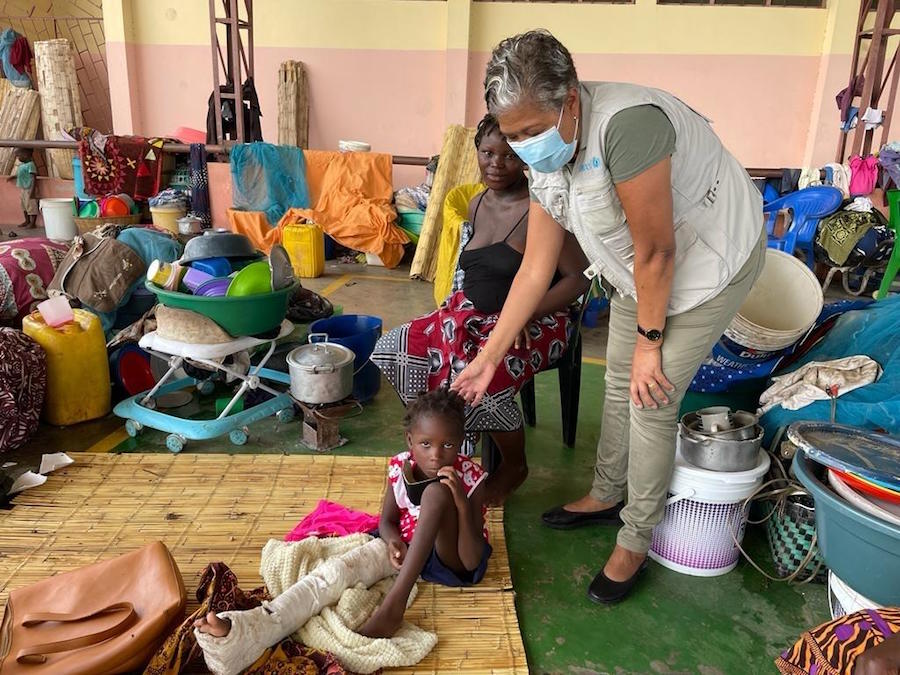 Above, on January 27, 2022, UNICEF Child Health Specialist Benilde Soares checks on a child with an injured leg at a site for Internally Displaced People (IDP) in Tete, northern Mozambique, hosting at least 1,200 people forced out of their homes by the storm. According to an assessment by the Mozambican National Institute for Disaster Risk Reduction and Management (INGD), 30 health facilities and 543 classrooms in 249 schools have been damaged or destroyed, leaving 46,777 students without a place to learn in advance of the new school year that is scheduled to start on January 31. Tropical Storm Ana damaged classrooms and tore the roof off of School EPC Chingoma, below, in Mocuba, Zambezia province. 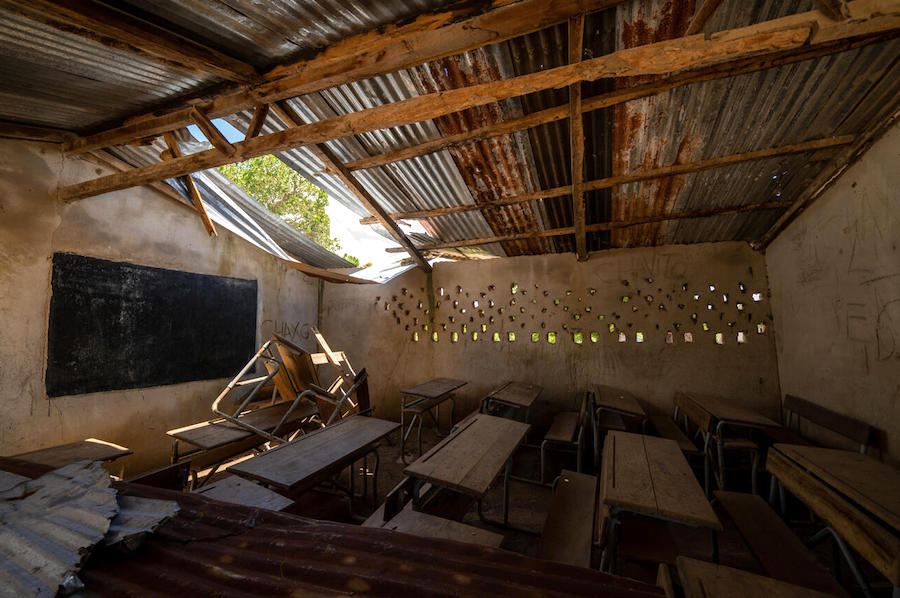 UNICEF’s emergency teams are distributing essential supplies including buckets, soap, water purification tablets and Ready-to-Use Therapeutic Food for malnourished children, and preparing to set up temporary learning spaces where children whose schools have been damaged or destroyed can learn and play safely. UNICEF has been sharing protective and preventive messages to mitigate the impact of the storm through provincial and local radio, multimedia mobile units and U-Report. 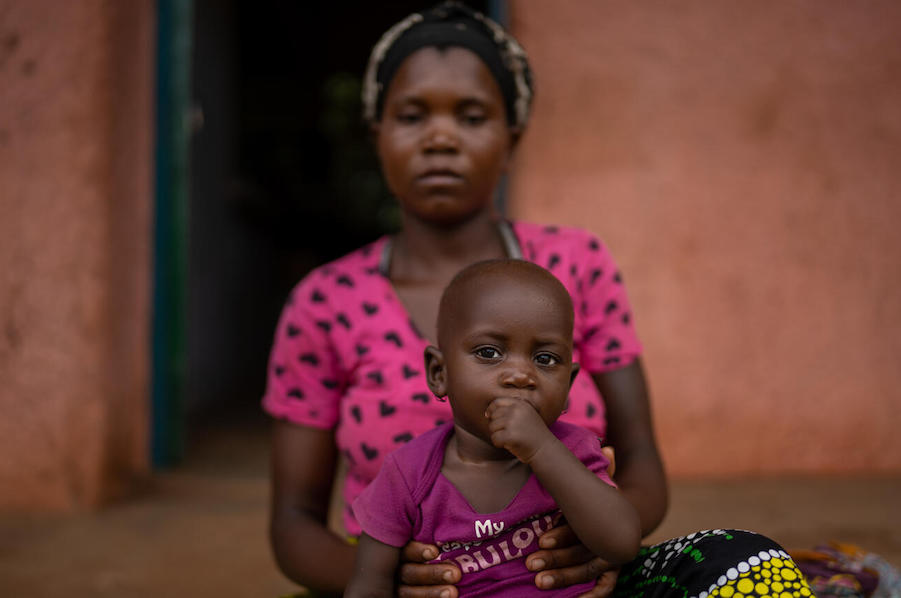 "When the storm came, I was very scared. I was very afraid," said 24-year-old Dorca Genito, above with her baby son in the community of Pires, Zambezia province. "This was the first time I saw a storm like this. The rain and the strong winds destroyed my house while I was sleeping. I lost everything, it's just me and my son and the clothes we are wearing. I lost everything." 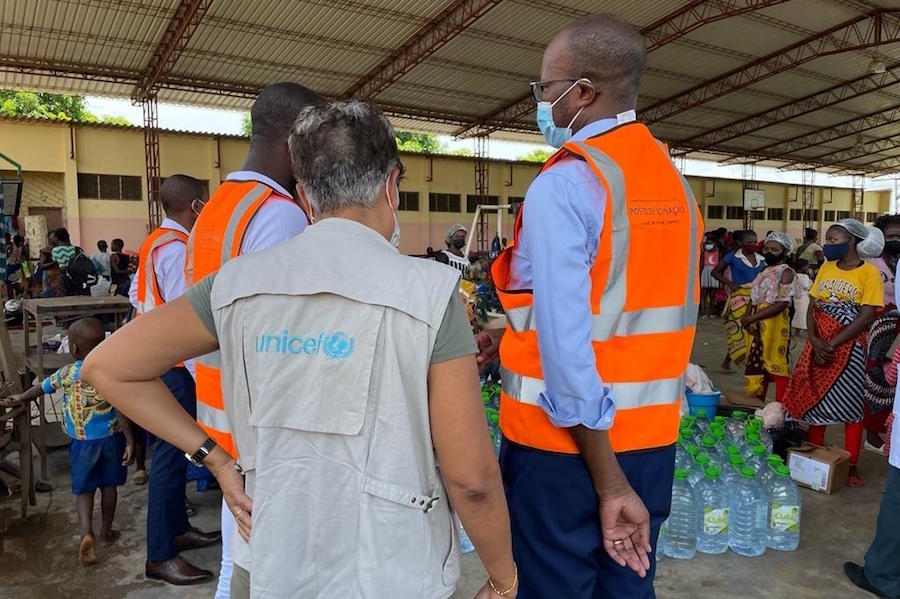 Mozambique is in its rainy season; the situation could deteriorate quickly if another tropical depression or cyclone brings significant additional rains to already full rivers and dams. Another low-pressure system, named Batsirai, formed over the Indian Ocean on January 26; it has evolved into a tropical cyclone with winds up to 95 miles per hour. According to the National Institute of Meteorology, Tropical Cyclone Batsirai is moving toward Mauritius and the east coast of Madagascar, with the high potential of becoming an intense tropical cyclone in the coming days. 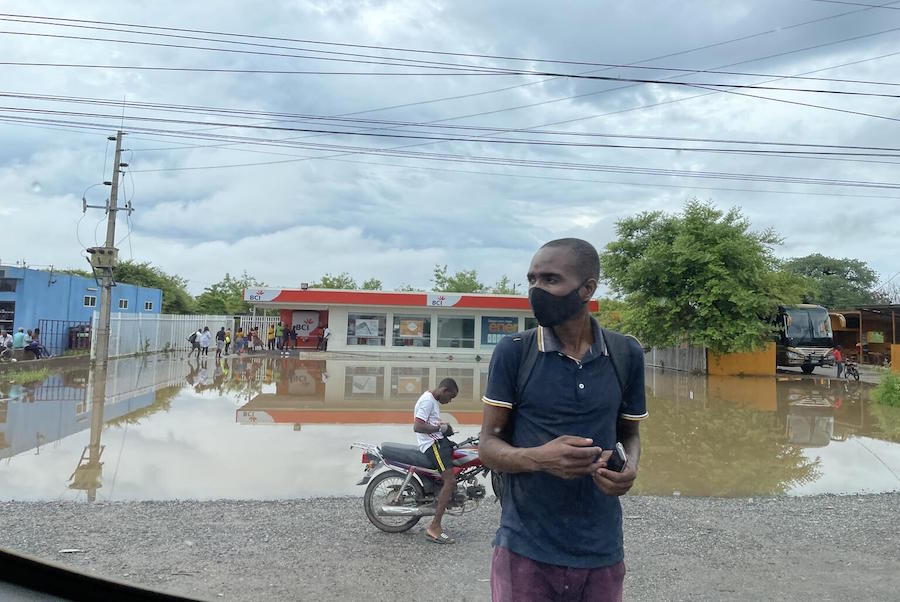 “We are working together with the Mozambican government and our partners to provide lifesaving assistance to children and their families in the affected areas,” said Maria Luisa Fornara, UNICEF Representative in Mozambique. “This latest storm to hit Mozambique is a blunt reminder that the climate crisis is very much a reality and children are most impacted by climate-related severe weather events.”

From 2016 to 2021, Mozambique has faced two severe drought events and eight tropical storms. Two major cyclones  — Idai and Kenneth — hit the country within a timespan of six weeks in 2019, affecting 2.5 million people. According to the disaster risk assessment tool INFORM, Mozambique ranks 9 out of 191 countries globally due to the country’s high vulnerability to hazards, exposure to risks and lack of coping capacity.

UNICEF estimates that it will need US$ 3.5 million to respond to the immediate needs of the populations affected by Tropical Storm Ana in Mozambique. The organization is using its prepositioned supplies and mobilizing internal funds. Please donate.